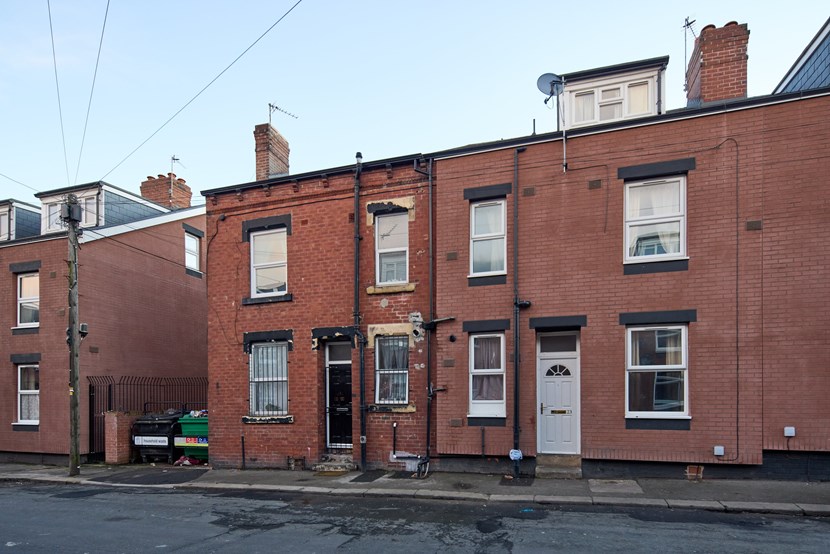 Senior councillors will discuss the city’s progress towards becoming a carbon neutral city at a meeting of the council’s executive board next week.

Ahead of the meeting the council has published new plans to generate renewable energy, improve the sustainability standards of new council-funded buildings, and to support the rollout of charging infrastructure for electric vehicles.

Three years ago, councillors from all parties voted to declare a ‘climate emergency’ and work towards achieving net zero emissions citywide by 2030.

Since then Leeds City Council has delivered climate related schemes worth hundreds of millions of pounds, published a plan to halve the authority’s own carbon footprint by 2025, and begun updating some of the authority’s most influential policy documents to ensure they support work to mitigate and adapt to the changing climate.

Councillors previously approved plans to source all the organisation’s electricity—used for buildings, street lights, and electric vehicles—from renewable sources by 2025. New proposals would see most of this electricity generated from brand new renewable energy projects in Leeds and elsewhere, helping to create new jobs in the UK’s growing renewables sector.

Having already consulted on ambitious proposals to update the city’s strategic planning document with policies that support carbon reduction, senior councillors will discuss plans to go even further for new build developments that are funded by the local authority when they meet next week.

The council intends to develop new guidance based on the principle of requiring council-funded developments to be ‘net zero ready’ and to assess options based on value for money over the lifetime of the building. The change would lead to better insulated buildings which are more energy-efficient, reducing heating costs for the council and housing tenants. This would build on the success of the ‘Leeds Standard’ and long history of work to improve the energy efficiency of public buildings and existing council housing.

The report also reveals plans to bring forward new strategies on food, housing, skills and resilience later this year. Each document will reflect the council’s net zero carbon priority as a central theme.

Ahead of COP26, the council signed the Glasgow Food and Climate Declaration and pledged to halve the carbon footprint of the food it serves by updating menus, buying local, and ending the use of air-freighted ingredients. Early analysis suggests that council-sold food is already at least 20% less carbon-intensive than the national average. A new carbon footprinting tool is being developed in partnership with the University of Leeds that will help services choose lower carbon ingredients and better inform consumers about the environmental impact of their food.

The comprehensive report also highlights key actions that the council has taken in 2021 to cut the city’s carbon footprint. This includes work to upgrade almost 40 public buildings including leisure centres with £25.3 million of green measures, funded energy efficiency improvements expected to benefit around 1200 low-income homeowners, the expansion of the city’s district heating network, the approval of a bold new transport strategy, new woodland creation on council-owned land, the continued success of the electric vehicle trials scheme, the launch of the first solar-powered park and ride service, and the creation of dozens of skilled green jobs in Leeds as a result of the council’s investment in building decarbonisation measures.

“I’m proud to see this report coming to Executive Board. It is no secret that the last 2 years have been difficult, but to see the huge amount of work that has been done, alongside our plans going forward is astounding.

“Over the last year, we have shown that we are capable of making positive change and that we have the confidence and talent to keep doing more. The funding we have secured has helped us to deliver millions of pounds of green upgrades and will help us to deliver even more. The work we do now has already begun to create the skilled green jobs of the future.

“It would be easier to bury our heads in the sand and ignore these problems, but the current and future generations of Leeds need us to act now and rise up to the challenge. We’re taking bold action to improve the lives of residents now and ensure that we do everything we can to prevent the worst effects of climate change and prepare our city for the future."

The report to the council's executive board being discussed next week can be read online.

Image caption: A photo showing the before and after of a whole-house retrofit project in Holbeck. 153 homes have already been retrofitted by Leeds Council, saving residents around £350-£400 on energy bills and cutting the city’s carbon footprint by 1,450 tonnes. 143 more properties (including 30 council homes) will receive the same treatment—improving energy efficiency and ensuring warmer, healthier homes—by the end of the year. 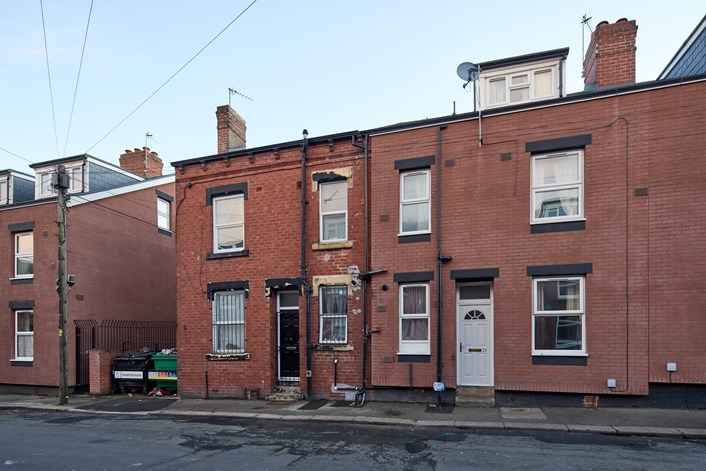