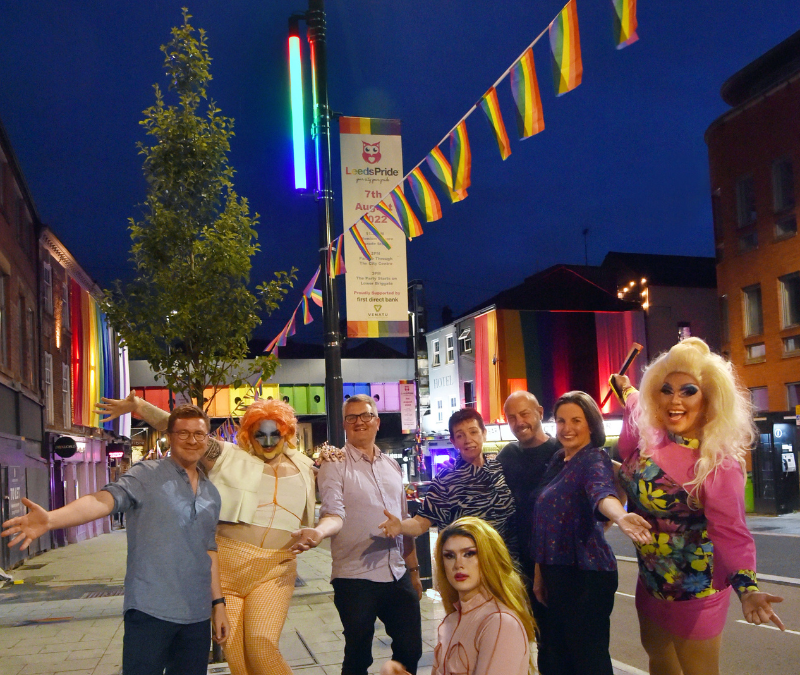 No shade: Lower Briggate lights up for the LGBTQ+ people of Leeds

New rainbow lighting is set to light up Lower Briggate ahead of Leeds Pride 2022.

The popular street, location of many of Leeds’ LGBTQ+ nightclubs and venues and one of the main areas for Leeds Pride this weekend, gets a permanent rainbow lighting addition.

The lighting here has been commissioned by Leeds City Council as part of Connecting Leeds’ city centre public transport improvement works, carried out by contractors John Sisk & Son Ltd. In planning the improvement scheme, the council spoke to key stakeholders on Lower Briggate about how they would like to include fixtures to reflect being at the heart of the LGBTQ+ quarter, with businesses and stakeholders opting for paving slabs and new rainbow lighting from a list of options. Sixteen paving slabs were laid in February 2022 which feature the Pride Progress flag. This flag represents the diversity of the LGBT+ community with the design including the six coloured stripes of the original rainbow flag of the LGBT+ community. To this, it adds five coloured stripes in the shape of an arrow, which represent trans and non-binary people, marginalised people of colour in the LGBTQ+ community, and people living with HIV/AIDS.

“We want to make Lower Briggate a key cultural and iconic destination for everyone to enjoy. The rainbow lighting is a great addition to one of Leeds’s liveliest destinations that celebrates and embraces diversity.”

We’re looking forward to the streets being lit up ahead of Leeds Pride on 7 August, especially after a two-year hiatus during the pandemic.”

“It was our intention when making pedestrian, cycling, public transport and public realm improvements on Lower Briggate to ensure we highlighted the cultural significance the area holds for the LGBTQ+ community in Leeds. Working with key stakeholders on Lower Briggate, we have incorporated permanent paving and lighting features to showcase and celebrate the heart of Leeds’ gay quarter.” 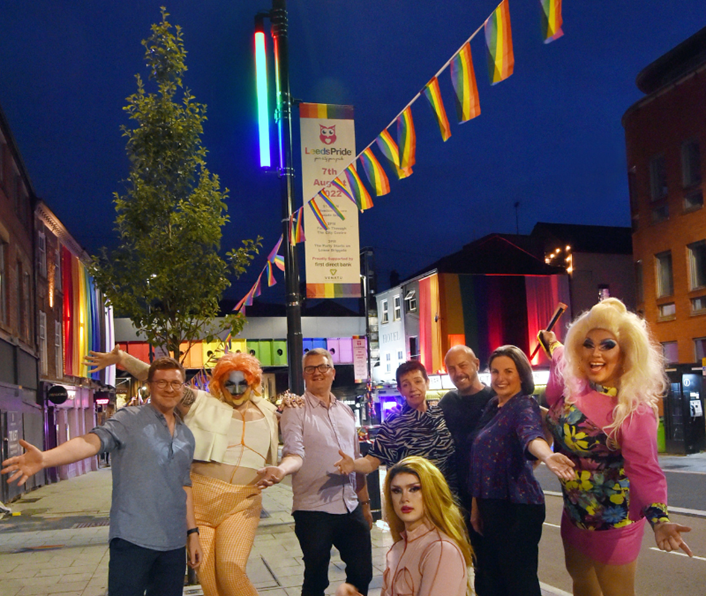 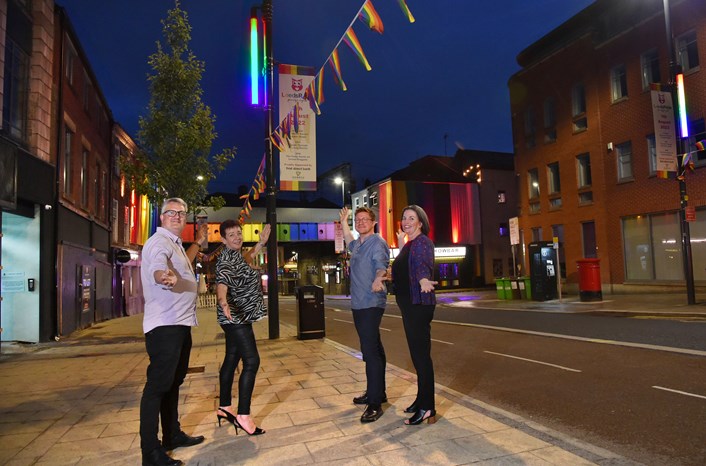 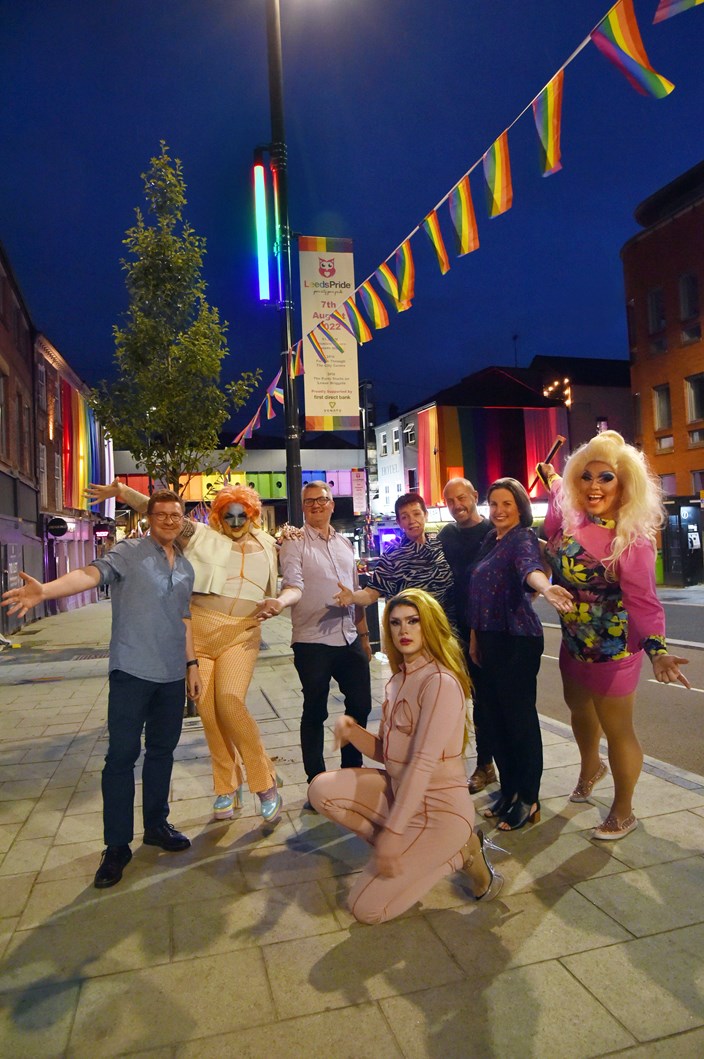 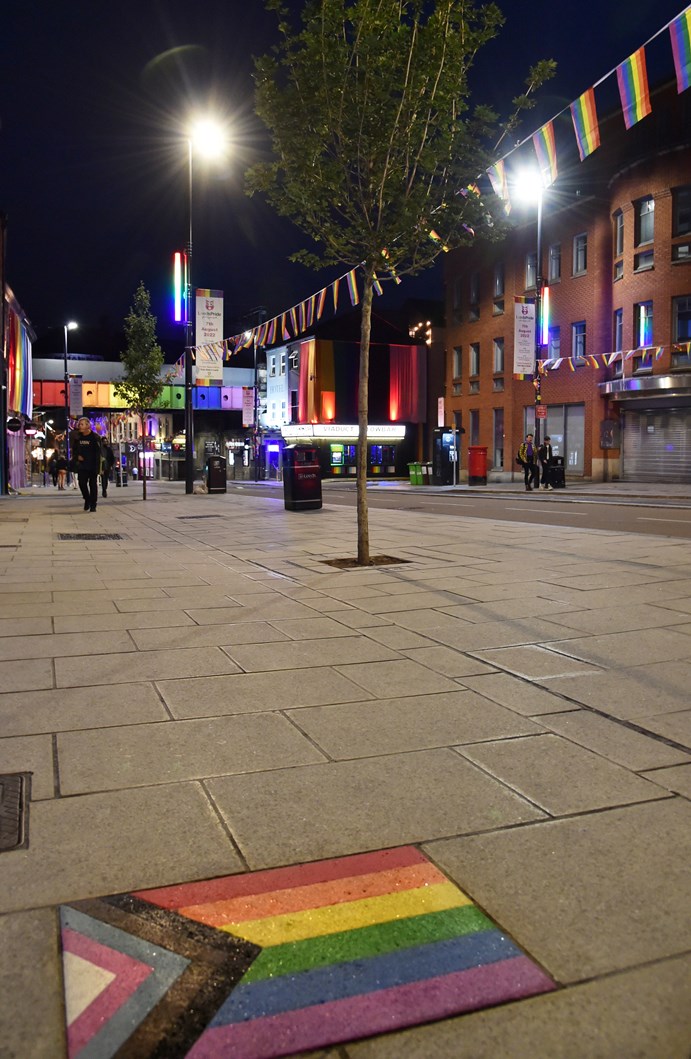 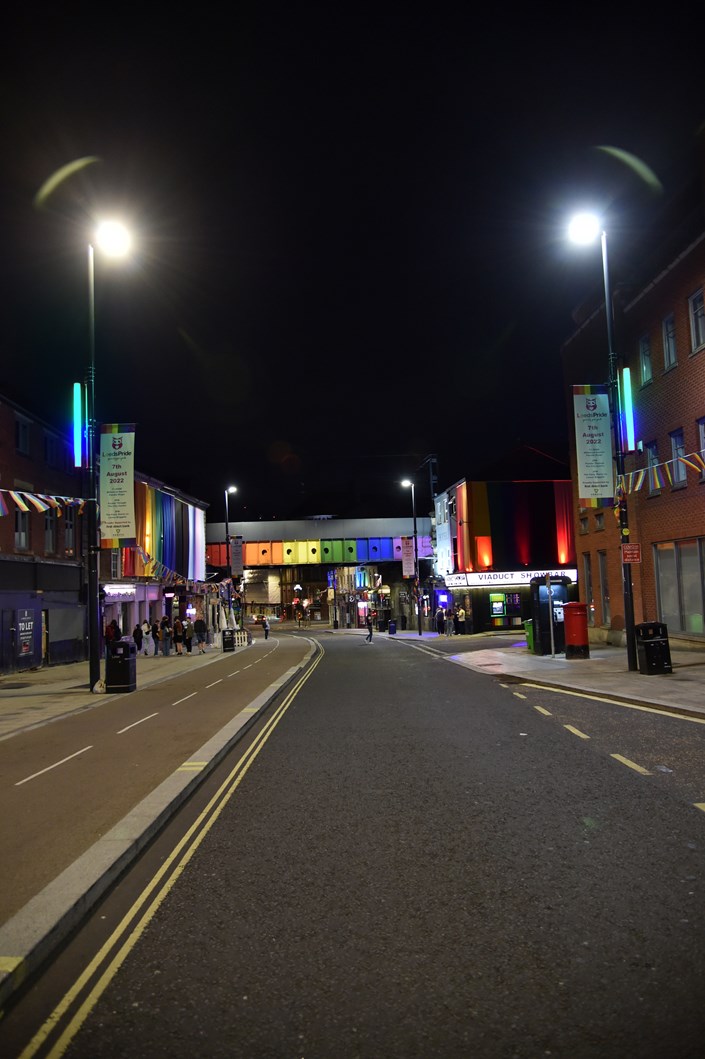 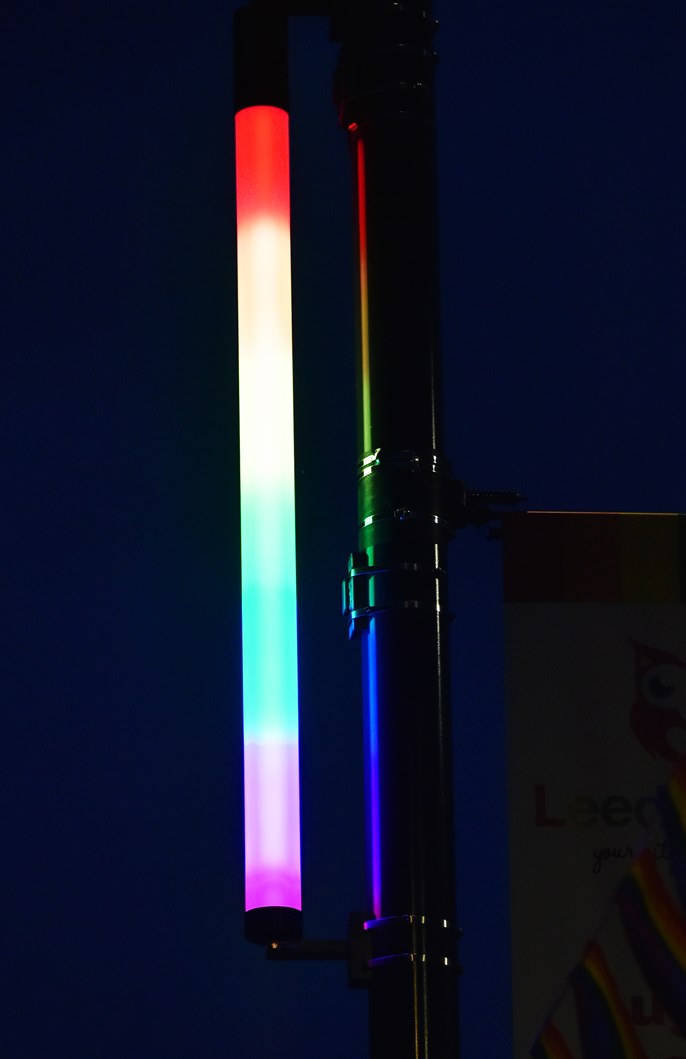