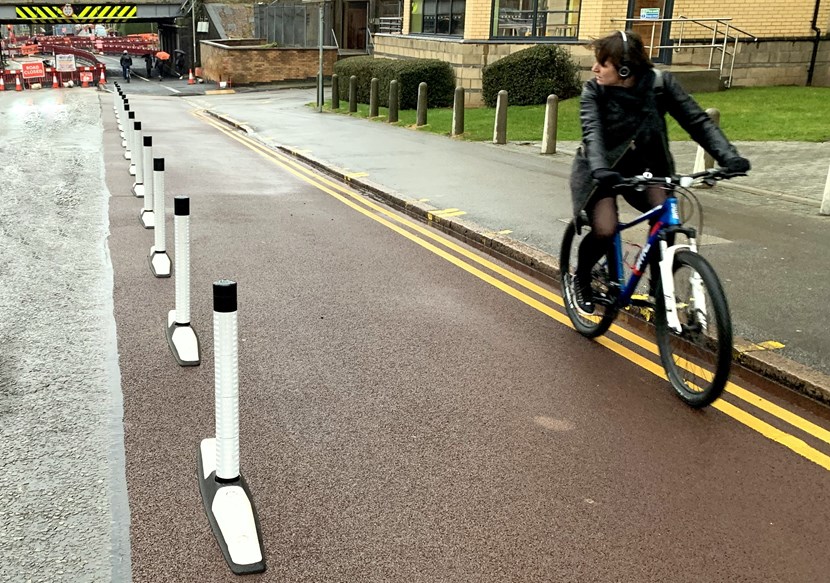 New pilot scheme to enhance cycling safety on A65 in Leeds

Orca Wands to provide safety for cyclists on one of the busiest roads in Leeds.

Safety for cyclists on one of the busiest roads in Leeds is to be enhanced with a pilot scheme being installed by Leeds City Council.

In addition to planned improve to cycling networks, the council has received calls to expand cycling provision in response to the current pandemic to enable social distancing and active travel.

Following an online consultation and discussions with cycling groups and other stakeholders in the city, a section of the cycle lane on the A65 Kirkstall Road from Vesper Walk to the city centre is to given improved protection for cyclists with the introduction of temporary new protective features.

The 3.5 kilometre stretch of road has an existing semi-segregated cycle lane in place, but there are some sections where the cycle access is restricted. In order to help make these sections safer and more welcoming for cyclists to use, the council is to install reflective black and white posts which are secured into a durable rubber base – known as Orca Wands. The wands are a metre high, made from 100 per cent recycled materials and have been reinforced to rebound the impact of vehicles. Spaced three metres apart, the Orca Wands have proved effective when used to protect cycle lanes in other cities in the UK.

They have been chosen to be installed temporarily as they can be deployed much more quickly in the current circumstances than any more permanent changes to the highway, and depending on how successful they proved and the feedback received on them they can either be kept in place for the longer, replaced with permanent protective measures or easily removed by the council’s highways team.

Another benefit of their installation is to encourage more use of the cycling lane on the A65 as an alternative to the canal towpath, which runs parallel and is used by large numbers of cyclists during peak times. It is hoped by making the road option safer more cyclists will choose to use it to allow capacity to flow freely.

“This is a very exciting step forward in the council’s work towards a zero carbon future. During these unprecedented times, staff are working extremely hard to make cycling an accessible and natural everyday choice for exercising and commuting.

“Leeds is seeing significant changes to improve safety provisions for people who cycle, offering convenience and championing health and wellbeing for Leeds residents.  Kirkstall Road acts as a “core corridor” for growing cycle routes and extending the cycle provision along it helps more essential staff cycle safely to work.

“This scheme in addition to the 20mph zone being implemented in the city centre, will improve environmental sustainability, improve air quality facilitate active travel for workers on a key corridor.” 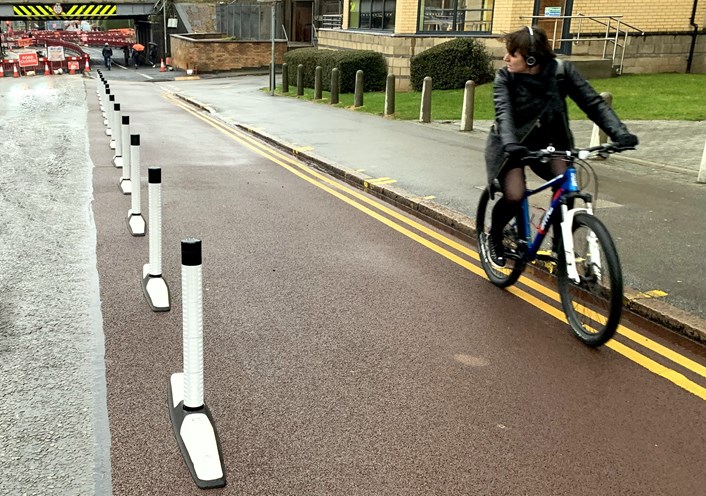