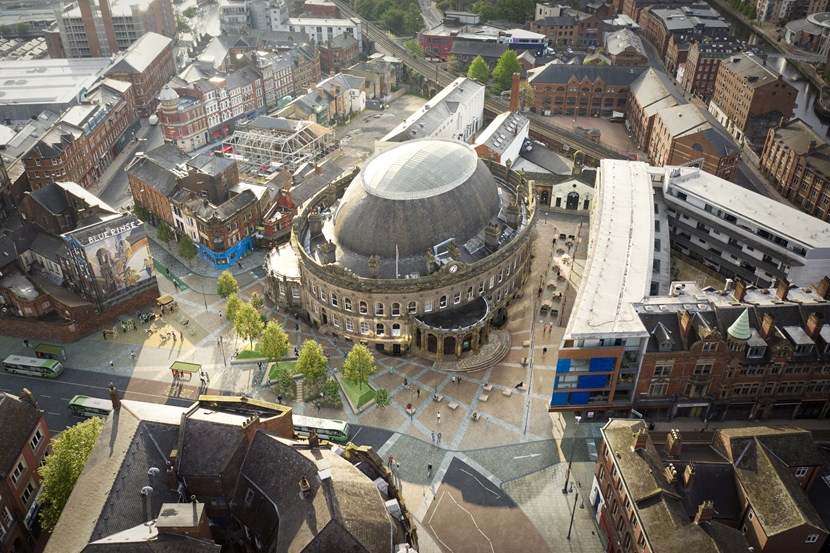 The Connecting Leeds £25million transformational Corn Exchange project is due to complete following resurfacing works which are happening later this month.

Also part of the scheme, New Briggate will now be partly pedestrianised with upgraded cycle tracks. Traffic has been removed from this route onto Vicar Lane which allows the creation of outdoor opportunities for the growing restaurant and bar sector in the area.

The resurfacing, which is due to happen later this month, involves removing 50mm of existing road surface, re-setting drainage covers and manhole lids and re-painting white lines and other road markings.

Night-time closures will be in place, with roads closing at 8pm to general traffic and re-opening at 5am each morning. The pavements will still be open to pedestrians and businesses in the area will be open as usual. Buses will be temporarily diverted, and signs will be placed at bus stops with information on alternative stops.

Work is scheduled in the following locations and dates:

The work is weather dependent and any adverse weather conditions will mean that it will need to be rescheduled.

All works on this scheme are due to be complete by the end of spring and form part of the Leeds Public Transport Investment Programme which will see £173.5million investment into public transport and road improvements in Leeds. The improvements to the public realm around the Corn Exchange is funded by West Yorkshire Combined Authority under the Government’s Getting Building Fund. It involves £8.6million of match funding which is part of Leeds’ £12.2million Grey to Green programme.

While resurfacing work is taking place, the council is urging people to plan journeys in advance by visiting the Connecting Leeds website or visiting the WY Metro website for bus diversions.

“It’s exciting to see the final resurfacing works happening on this scheme. It gives these historic streets and buildings the surroundings it deserves whilst increasing opportunities for active travel and providing extra public space in the city centre.

“We appreciate this next phase of work will be disruptive, but our contractors will make every effort to keep noise to a minimum and carry out noisy works as early on in the shift as possible. We would like to thank people and businesses for their patience while this project has been ongoing and ask that people continue to plan ahead to experience minimal disruption to their journey.”

“The Corn Exchange is a real gem and is a beacon of culture and creativity, so it’s fantastic to see these changes, which will make the historic landmark more welcoming to the people of Leeds and visitors from far and wide.

“Improving cycling, walking and public transport provisions form a key part of my pledge to tackle the climate emergency, so I'm also delighted that we are part of this scheme that will see more green spaces and provisions for active travel.” 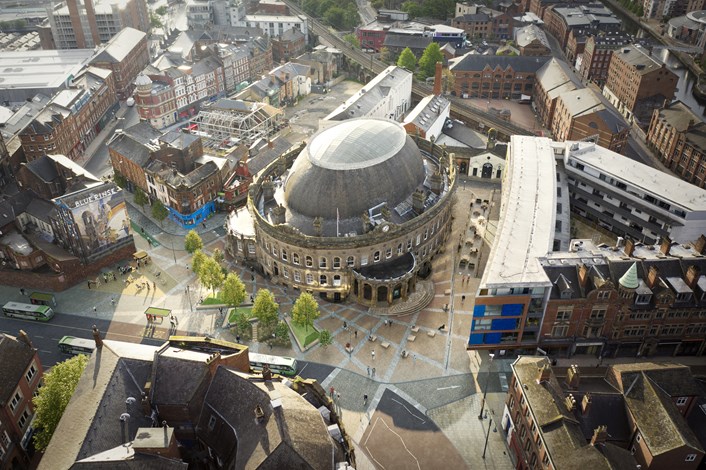