The project received an award from The British Horse Society in November 2022, following the construction of the 7km route linking, Red Hall to Thorpe Park which exhibits “thoughtful design” for equestrians, pedestrians, and cyclists. The Lady Elizabeth Kirk Award celebrates individuals, businesses or organisations who have voluntarily dedicated a bridleway. The new equestrian bridleway provision includes “gold standard” features such as segregated crossings for equestrians at every road junction along the leisure route with high-level push-button controls negating the need for horse riders to dismount.

“I’m very happy to be able to attend today’s event on the East Leeds Orbital Route. It’s great that the route was recognised by The British Horse Society. When the East Leeds Orbital Route was being planned there was a lot of stakeholder engagement with the equestrian community in the area. The conversations led to the inclusion of a fantastic bridleway provision being built alongside the route which serves as an orbital route for transport moving through the east of the city.

“Leeds City Council are dedicated to working closely with the British Horse Society to improve road safety for horse riders and their horses in Leeds. The infrastructure on ELOR is perfect for protecting horse riders and horses which links with the Safe Roads section of the Vision Zero strategy which includes crossing technology for riders.

“I’d like to encourage more submissions to Operation SNAP from horse riders in Leeds and other road users. Operation SNAP is the Safer Roads Media Submissions portal where video footage relating to driving offences that members of the public have witnessed can be submitted.

“With the introduction of the Highway Code hierarchy of road users, those who pose the greatest risk have the greatest responsibility to reduce the danger or threat they may pose to others. In West Yorkshire we’re looking at educating drivers about the changes to the highway code when driving around horse riders and cyclists, including running more close pass operations.”

“This project is vital for the regeneration of east Leeds and will help bring housing and industry to a part of our region that really needs it.

“It is a great example of how we are investing in our communities to improve cycle safety, reduce traffic congestion, and promote healthier leisure opportunities that improve people’s wellbeing.

“I am delighted that this has been recognised by The British Horse Society today.”

“This is a fantastic new bridleway which will make a real difference to all equestrians in the local area. It is so important that horse riders have safe off-road access just like this, and a superb example of how including equestrians in a large-scale project can be done and benefit so many people.

“It is a real pleasure to be able to see the project first-hand and to see how well it has been designed for horse riders from the surface they’ve used to the gates and underpass.”

“Following the unveiling of the East Leeds Orbital Route last year, we are delighted to welcome Martin Clunes to officially open the new seven-kilometre equestrian route.

“The East Leeds Orbital Route is more than just a road. Now fully opened, it is expected to transform travel for motorists, cyclists, and pedestrians alike, whilst also unlocking significant development opportunities and stimulating economic growth in the region for generations to come.”

“We are delighted to support the opening of the designated bridleway as part of the East Leeds Orbital Route. West Yorkshire Police and our Mounted Section continue to be committed to improving road safety for all users, including those on horseback.

“As part of this ongoing commitment, we would like to encourage members of the public to submit footage of road-related offences you have witnessed, as part of Operation SNAP.

“This is a valuable project which helps us to advise and educate road users, especially given the recent updates to the Highway Code. It also allows us to secure important evidence when enforcement action is necessary.” 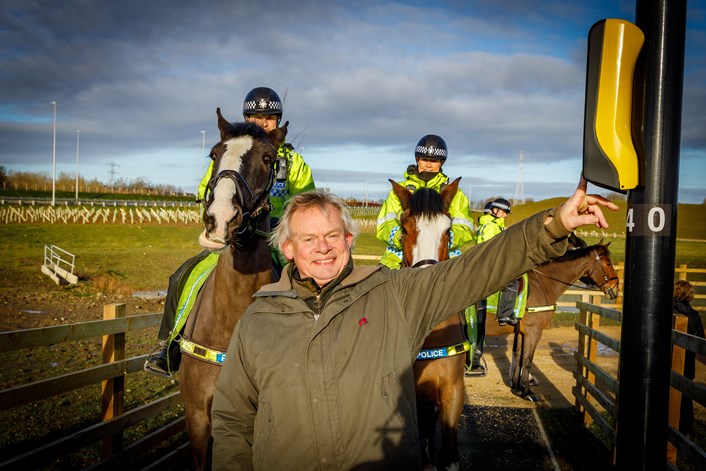 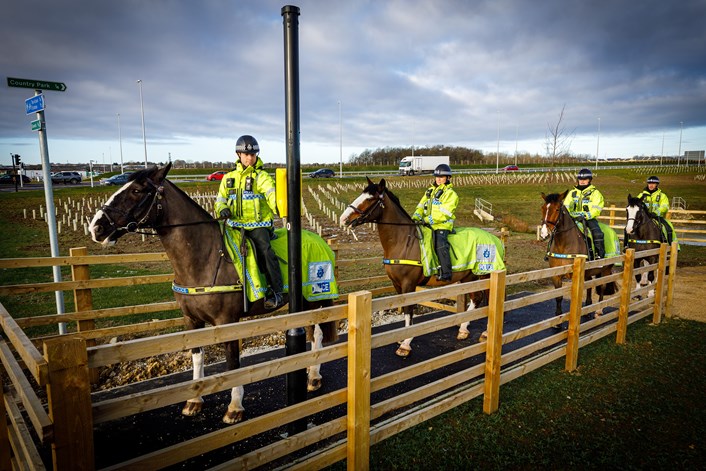 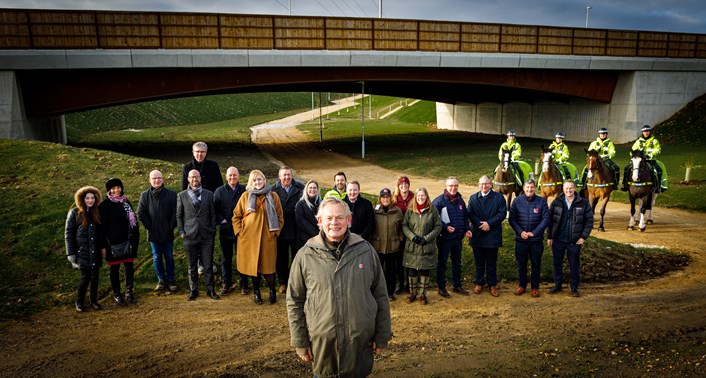