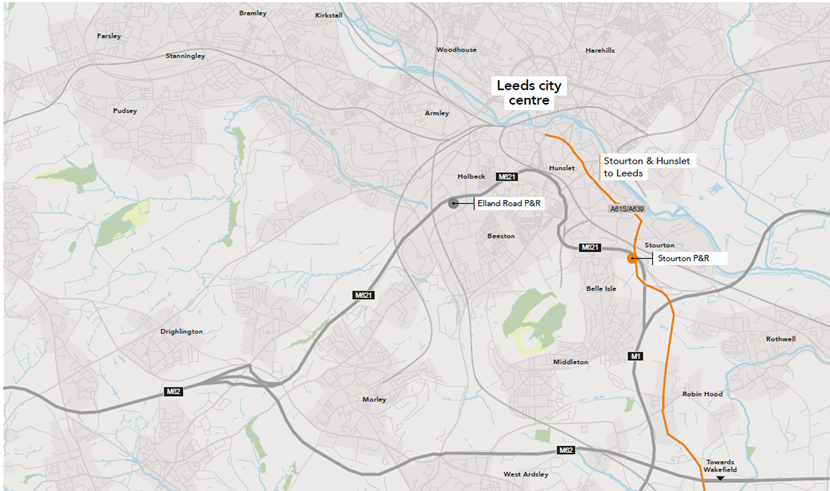 Update on transforming the A61 south bus corridor

Work will complete in late summer / early autumn on the A61 south bus corridor from Leeds to Wakefield, via Stourton and Hunslet.

The A61 south improvement scheme forms one of Connecting Leeds plans for priority corridors and consists of a series of improvements to bus prioritisation, walking and cycling.

The route caters for people travelling into Leeds from the south of the city and will connect with the UK’s first fully solar powered park and ride at Stourton, due to open in September 2021.

The corridor improvements will benefit bus users the most, as journey times are expected to reduce by 7-8 minutes. The public transport benefits will offer a quicker and more consistent journey time and help reduce congestion through the creation of dedicated bus lanes and improvements at key junctions.

A bus lane has been introduced from the Thwaite Gate area in both directions to the city centre. Reconfiguration of the Thwaite Gate junction also introduces safer, dedicated walking and cycling facilities along the corridor.

Previously cyclists were required to mix with traffic, which can deter cycle use. New cycle provision, including a segregated cycle track from the Thwaite Gate area to the city centre has been created to provide a safe, high-quality route along Low Road and Hunslet Road. This has been coupled with improvements to the urban realm and green infrastructure that provides a better environment for pedestrians.

Pedestrians will also benefit from new walking routes and safer crossings.  All of which is a bid to make sustainable travel more appealing by improving public transport, walking and cycling connections and in turn contributing towards tackling the climate emergency.

Planting in the area ranges from amenity grass, wildflower mixes to tree planting and shrubs which will encourage pollinators such as bees and butterflies.

After consulting on travel improvement plans along this route in 2018, Leeds City Council appointed BAM Nuttall to undertake construction which started October 2019.

“I am so impressed with the speed Leeds is moving to become a cycle friendly city. We have an ambition for a city wide cycle network and every project like this moves us closer to our goal.

“The South Bank is creating sustainable and liveable streets and getting it right for cycling from the start is really important. This is even more critical when we see the recent investment that’s lead to the creation of a new education quarter on the edge of Hunslet, and future plans that include proposals for a new park, homes and offices here as well.

“Hunslet Road and Low Road are dominated by traffic and inhospitable for people walking to local businesses, schools and residential properties in the area. This scheme will change that, planning new new trees and landscaping to make the area better for everyone.”

“Once again BAM Nuttall are proud to be involved with a public transport scheme that supports the City’s ambitions to deliver real change to travel in and out of Leeds, and the improvements to the surrounding environment to enhance the lives of both residents and commuters”.

When the scheme completes, future improvements in the area include facilitating the setting of the new city park to make the area even more cycle and pedestrian friendly. 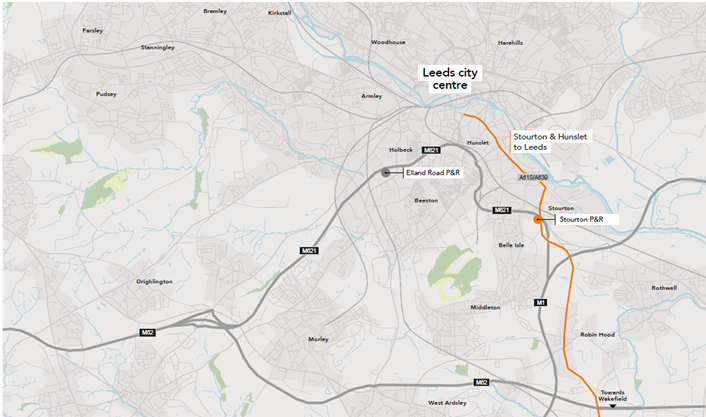