Senior councillors will discuss ambitious proposals for a new strategy to save lives by meeting global standards for clean air next week.

Leeds City Council’s proposed new air quality strategy leads the way in its ambition and scope—setting stricter targets than national standards and aiming to tackle emissions from homes, industry and agriculture as well as transport.

Electric bin lorries, a public bike sharing scheme, enhanced enforcement of industrial emissions, citywide engagement, and planning policies requiring greener and better ventilated buildings would all be introduced as part of the strategy.

Air pollution is one of the biggest threats to public health in the UK. Consistent exposure to it causes breathing difficulties and other long-term lung and heart conditions. Nationally, it has been estimated to cause up to 36,000 early deaths every year.

Thanks to a citywide effort to switch to cleaner vehicles, air quality in Leeds has improved significantly in recent years and is now generally cleaner and healthier than many other UK cities. However continuing to reduce air pollution levels could save even more lives.

While road transport remains the main source of outdoor air pollution in Leeds, it is not the only one. According to the government, domestic burning of stoves and open fires is now the biggest source of particulate matter emissions—the type of pollution that Leeds needs to reduce to meet its new targets.

The proposed strategy aims to further protect everyone in Leeds from dirty air by eliminating the need for the city's remaining Air Quality Management Areas (AQMAs) and achieving the stricter World Health Organisation (WHO) targets for air quality citywide by 2030.

It proposes an extensive and wide-ranging action plan designed to tackle pollutant emissions from homes, transport, industry and agriculture. At a glance, it includes measures to:

Last year, the Confederation of British Industry estimated that—if all local authorities were to adopt and achieve the WHO air quality targets—the UK economy could gain £1.6 billion as a result of fewer deaths, fewer work absences and increased productivity.

By taking action to achieve the WHO targets for air quality, the proposed strategy is expected to save lives but also benefit the city’s economy, compliment efforts to combat climate change and help level up the most disadvantaged communities that are most exposed and vulnerable to polluted air.

“Leeds’ air quality has improved significantly in recent years, thanks to a truly citywide effort, and our city has come a long way since 2015.

“By setting tough—but necessary—targets to meet the World Health Organisation's guidelines for air pollution, our new strategy is one of the most ambitious and wide ranging of any local authority.

“Having already beaten the national targets for air quality, this strategy means Leeds is going further and faster than Government to tackle pollution and protect the health of everyone in Leeds. 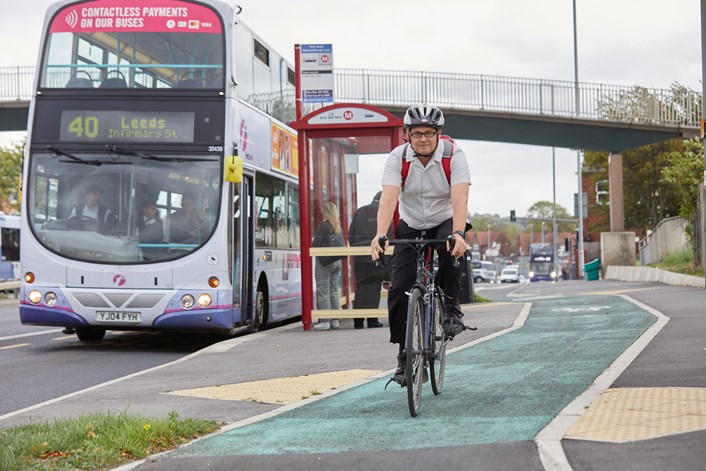 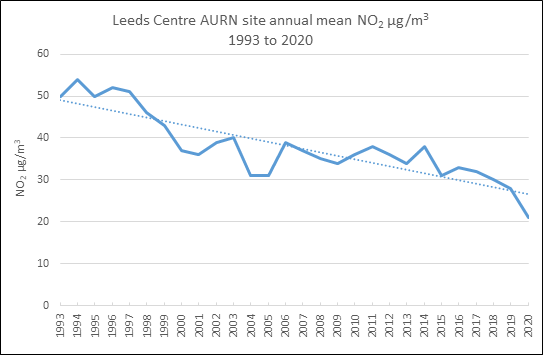