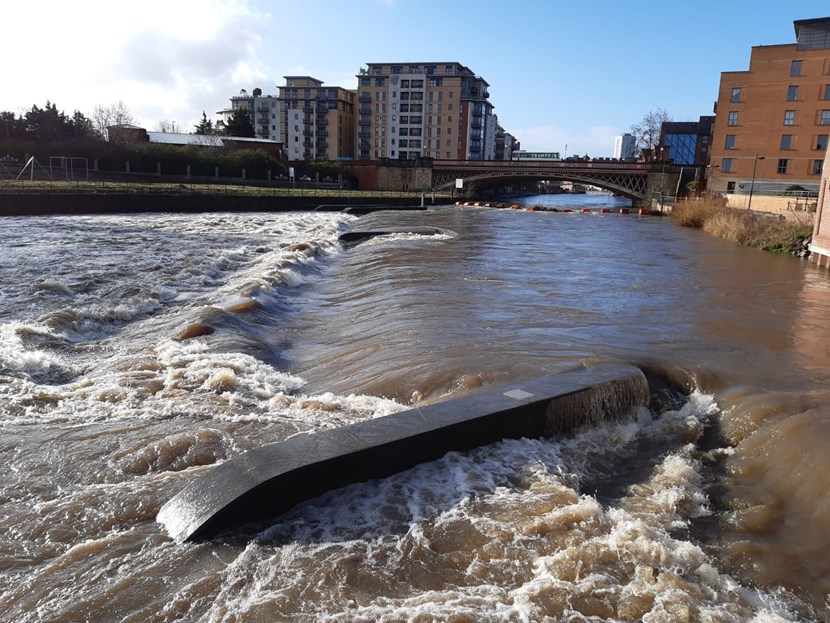 The Leader of Leeds City Council Councillor Judith Blake has issued a thank you message to the community volunteers and everyone involved in managing the impact of the recent extreme stormy weather across the city.

Community groups and flood wardens in the city were on alert and working around the clock together with officers from Leeds City Council, the emergency services, partner agencies and stakeholders including the Environment Agency to monitor, respond and help with the clean-up after three successive weekends of strong winds and heavy rainfall led by storms Ciara and Dennis.

Severe rainstorms delivering more than a month’s worth of rain in just 24 hours saw rivers in Leeds reach their highest levels since the Storm Eva floods caused devastation across the city and region at Christmas in 2015. Together with wind speeds of up to 70 miles per hour, issues were reported across the city including localised flooding in and around Otley, along the A660 corridor and in the Allerton Bywater area.

The city also experienced snowfall on Monday morning to start this week, with gritting teams working overnight to help minimise the impact on main roads ahead of the return to work following the half-term break.

Officers from Leeds City Council are visiting and supporting any residents and businesses affected by the storms, and are currently assessing the criteria set down by the government in its compensation scheme announced last week.

As a result of the River Aire rising to such high levels, the moveable weir gates at both Knostrop and Crown Point together with floodgates along Hol Beck as part of the first phase of the Leeds Flood Alleviation Scheme were activated simultaneously for the first time ever.

The impact of activating the weirs to create more space for the floodwater in the river saw the river level drop by more than 80 centimetres at Knostrop and more than 40 centimetres at Crown Point even as the river continued to rise elsewhere, providing effective resilience to the city centre from the threat of flooding.

Work has already started on the second phase of the Leeds Flood Alleviation Scheme to invest a further £112.1million in flood resilience measures along the Kirkstall corridor and upstream to the upper levels of the River Aire in a full catchment approach, but there remains a funding gap of approximately £25m before the scheme can be fully completed.

“I’d like to say a big thank you on behalf of the city to everyone involved in dealing with the impact of the recent storms and for the clean-up which followed. Working at all hours over successive weekends in such challenging conditions was tough but once again everyone pulled together and did everything possible to keep our city and communities safe. I’d like to pay a particular tribute to all of the volunteers, community groups and flood wardens who gave up their weekends and more to help, they are amazing people and the city owes them a real debt of gratitude.

“While we did have some localised flooding due to issues related to the severity of the storms, it was especially pleasing to see the flood scheme weir gates in full operation for the first time and making a real difference. As with any such new technology we are learning every time we use them, but they did prove effective and this is why we need the government to help us complete the next phase of the scheme in full as well as supporting us to provide the best level of resilience we can across all the watercourses in the city.”

The Environment Agency has a 24-hour floodline number at 0345 988 1188, while anyone interested in forming a community flood group is advised to email FRM@leeds.gov.uk or for more information on becoming a flood warden email YorkshireFloodResilience@environment-agency.gov.uk.

The Growth Deal is being delivered jointly by the Leeds City Region Enterprise Partnership (LEP) and the West Yorkshire Combined Authority to boost jobs and growth across the whole of Leeds City Region.