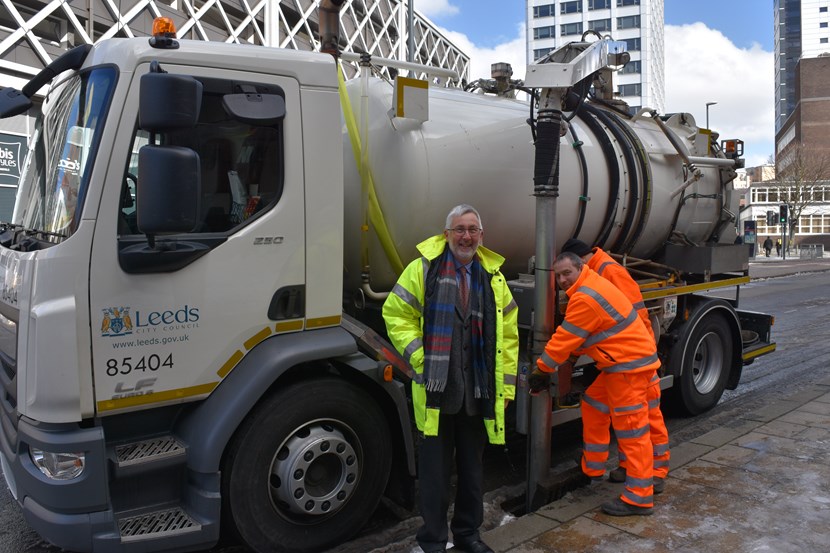 A programme of gully clearance to help prevent the risk of flooding in Leeds is nearing completion ahead of time.

The Leeds City Council gully service was given a target in July 2016 of inspecting and cleaning all of the gullies in the city, of which there are more than 146,500, within two years.

The team is currently ahead of schedule with the target due to be reached by May. Leeds City Council executive member for regeneration, transport and planning Councillor Richard Lewis joined the team today at Wade Lane in the city centre, where they were inspecting and cleaning out the gullies in order to significantly reduce the risk of surface flooding on the road network.

Of the work completed on the programme so far, 92 per cent of all gullies inspected have been cleaned out and are working. A further two per cent were found to be blocked or damaged so the council is working with contractors to unblock or repair them. Of the remaining six per cent, the team were either unable to access the gullies due to parked cars, or their locations mean some traffic management is required to access them safely. In these cases, the team return at a later time to attempt to carry out the work.

“The gully cleaning team has done a great job so far in being ahead of schedule so I wanted to come along, see them in action and say well done. The work they do is difficult and not the most glamorous or eye-catching but it is absolutely essential in order to keep our road network moving when we have heavy rainfall. So they deserve great credit for their efforts and we look forward to that continuing in the months to come.”

Data relating to the team’s work can now be seen on a monthly basis on the Leeds City Council website at https://www.leeds.gov.uk/docs/Leeds%20Gully%20Cleansing%20Programme.pdf

For the latest information on Leeds City Council’s transport strategy ‘Connecting Leeds’, including current consultation on bus priority proposals and improvements to Armley Gyratory and Dawson’s Corner go to www.leeds.gov.uk/connectingleeds 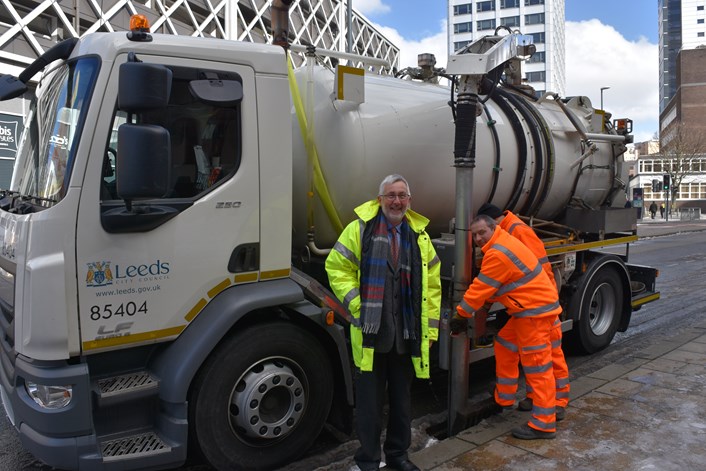