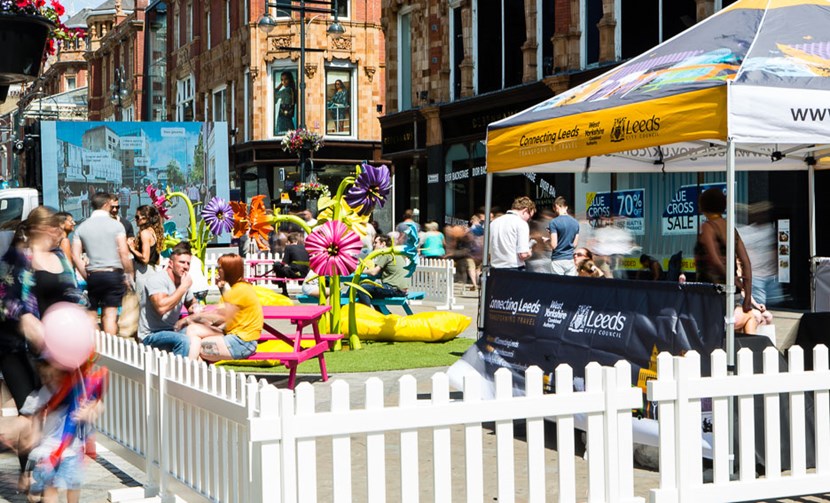 The latest stage of the public engagement on plans to help transform transport and travel in and around Leeds is being extended.

The engagement and consultation on the plans which include proposals for new rail stations at White Rose and Thorpe Park; investment along two key bus routes; park and ride expansions; and improvements to various locations in the city centre – is being extended from 27 July to 3 August.

The extension by an additional week will give more people the opportunity to contribute to the proposals online via the Connecting Leeds website.

There have already been more than 4,000 online responses received to the proposals, along with hundreds of people taking part in face to face events.

The two new proposed stations at White Rose and Thorpe Park would see improved access to two of the major existing employment and leisure areas of the city, with expected future growth, investment and new housing resulting in rising demand for better connectivity. The Thorpe Park proposal also includes park and ride facilities to Leeds city centre, helping to reduce congestion by taking traffic out of the city centre and improving air quality.

The council and West Yorkshire Combined Authority are also consulting on proposals on the A660 route from Adel to Leeds, via Lawnswood and Headingley, and the A61S from Leeds to Wakefield, via Stourton and Hunslet, to introduce new infrastructure and measures to improve bus journey times and service reliability.

Consultation is also taking place on the possible expansion of the Elland Road Park & Ride service, which has been a great success since its introduction now being used by more than 800 cars a day.

The plans are part of Connecting Leeds, the new transport strategy for the city being delivered by Leeds City Council working with the West Yorkshire Combined Authority, rail and bus industry, Leeds transport advisory panel and other local stakeholders to improve all aspects of the transport network in Leeds and connecting to the wider Leeds City Region.

The proposals would also seek to maximise the space and efficiency of the road network, offered enhanced cycling and walking provision as well as improving air quality through reduced congestion.

Enhanced bus travel is a key element of the strategy, with the target set of doubling the current 250,000 bus trips made in the city per day within 10 years. The consultation asks for views on improvements to bus infrastructure which would see bus stops upgraded with enhanced seating, real-time information displays and maps. Public spaces are also proposed to be improved to make for more attractive and greener areas around the stops.

To see the proposal details and to give your views on them visit www.leeds.gov.uk/connectingleeds.

“The response to our consultation and engagement around the proposals so far has been very encouraging, with more than 4,000 responses received to this latest round alone. We have decided to add an extra week to give even more people the chance to take part and tell us what they think to help shape how we proceed.

“Connecting Leeds is an ambitious strategy that we want everyone in the city to be part of, working together to make our city’s transport network as fast, efficient, reliable and green as we can. Investing in infrastructure, extending park and ride, new rail stations and making public transport more attractive are the keys to bringing that about. We want to deliver a city that is well connected, fully accessible and welcoming to all, so we look forward to hearing from as many people as possible on these plans.”

“These plans will shape the future of Leeds’ and the city region’s transport network, its economy and its environment so it is vital that people have a meaningful say in shaping them.

“By working with our partners, we have already been able to deliver a number of major transport successes that benefit Leeds, including new stations and the Elland Road and Temple Green park and ride sites with 2,000 spaces between them. We want to ensure that local people are at the heart of our plans so I encourage anyone who lives work in Leeds or who visit the city to get involved and have their say by Friday 3 August.”

This second round of consultation for the bus routes follows on from phase one held earlier this year on proposals for the A61North, A58 and A64. More than 4,500 responses were received, which are currently being analysed and will help shape the plans as they develop. 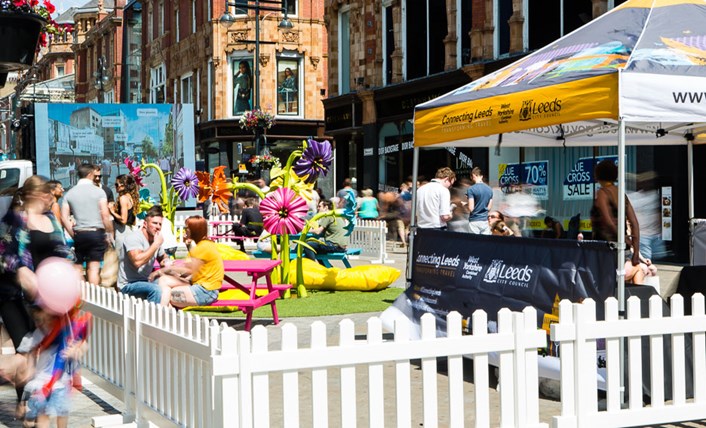