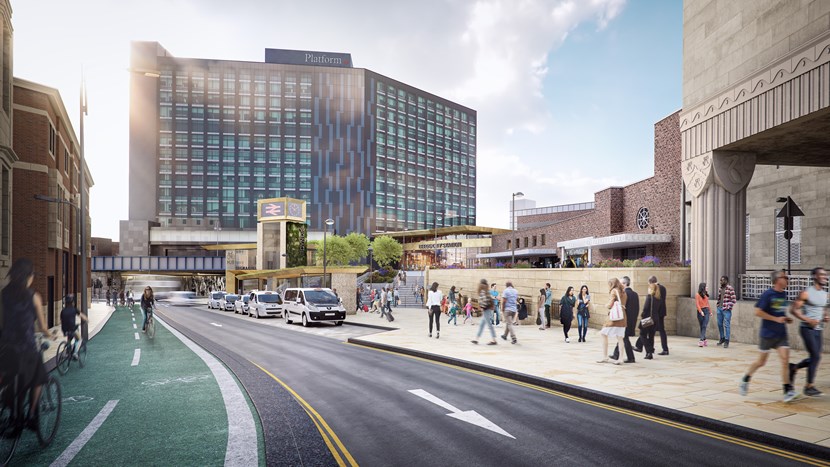 Leeds City Council is reminding motorists to plan ahead as a lane closure begins on Bishopgate Street and Neville Street next Monday (23rd).

Bishopgate Street and Neville Street will both be reduced to single lanes for traffic travelling into the city centre towards the railway station.

The lane closures are expected to last until the end of the year and allow for preliminary works to be carried out ahead of major improvements to the main entrance to Leeds City Station. The works also come ahead of proposed work to close City Square to through traffic, which is expected to begin later this year subject to final approval.

Leeds City Council and its partners will be working to keep any disruption to a minimum, and businesses in the area will be open as usual with access maintained. However the works are likely to lead to congestion for vehicles travelling into the city centre along Bishopgate Street and Neville Street.

Motorists who would normally drive into the city using these roads are encouraged to plan their journeys and consider alternative ways to travel.

To prepare for this closure and subsequent works, Leeds visitors, workers and residents are being urged to plan ahead (search Plan Ahead Leeds or visit www.leeds.gov.uk/planahead) before travelling and to sign up for regular email updates or follow Connecting Leeds on social media.

There will also be highways signage, with targeted communications in affected areas.

“Ahead of the works starting on Monday, we’d like to take this opportunity to remind motorists to plan ahead to reduce any affect it has on their journey, and also to consider how they travel into the city over the longer-term as we work towards the proposed upcoming closure of City Square to through traffic.

“We appreciate these works will cause some disruption and we are working to keep this to a minimum.  We thank people in advance for their patience.”

The works on Bishopgate Street and Neville Street have been planned to follow the recent closure of Armley Gyratory during one weekend in April, and follow the re-opening of the A64 Regent Street flyer, to minimise further disruption on the highway network. The works will contribute to the transformative highways projects being delivered across the city which will enable public transport, walking, cycling and public realm plans to be realised in the city.

The below map shows suggested diversionary routes for motorists affected by the works on Bishopgate Street and Neville St: The preliminary works come ahead of the £39.5m Leeds Station Sustainable Travel Gateway scheme later this year, which will see both New Station Street and Bishopgate Street transformed into safer and more pedestrian-friendly spaces.

With the number of rail passengers using the station forecast to increase significantly over the next 20 years, the works are necessary to meet capacity demands and make sure that people can enter, exit and wait for services safely to meet Network Rail’s security standards.

New Station Street will become a much improved and safer pedestrian-friendly environment, with vehicle traffic removed with the exception of service deliveries and emergency vehicles. The area’s appearance will be improved and a variety of access options provided, including the installation of wider, shallower, safer steps outside the entrance to the station and two large passenger lifts between New Station Street and Bishopgate Street.

The taxi rank will move to Bishopgate Street and will be double the size of the existing rank. It is designed to allow passengers to access vehicles from the kerbside which will help people with wheelchairs or assistance dogs to board more easily, as well as those with luggage. There will be room for six vehicles, and the rank will be well-lit and sheltered with seating at different heights. Feeder ranks for the new taxi rank on Swinegate and Sovereign Street will accommodate the same number of vehicles as the existing feeder rank on New Station Street.

The works will also see a high-quality cycle hub built at the station, which will include electric charging points and storage for all types of cycles, and high quality segregated cycling infrastructure installed on Neville Street, Dark Neville Street and Bishopgate.

The improvements will be delivered by Leeds City Council in partnership with West Yorkshire Combined Authority and Network Rail as landowner. The scheme is being delivered through the Leeds City Region Transforming Cities Fund programme, which is aimed to make it easier to walk, cycle and use public transport. The overall scheme is due for completion in 2024. “Leeds Rail Station is one of the busiest in the country, making it a key gateway not just to the city centre but to other destinations across West Yorkshire and beyond.

“I want to grow our economy, connect more people with opportunities and tackle the climate emergency on our way to becoming a net zero carbon economy by 2038. We need a reliable and efficient transport system to do this and that is why I continue to call on the government for further investment.”

“We are pleased to be working in partnership with Leeds City Council on this important scheme, which is part of a £39.5 million package of improvements that will create a more welcoming space, and improve access for people walking and cycling to the station.” 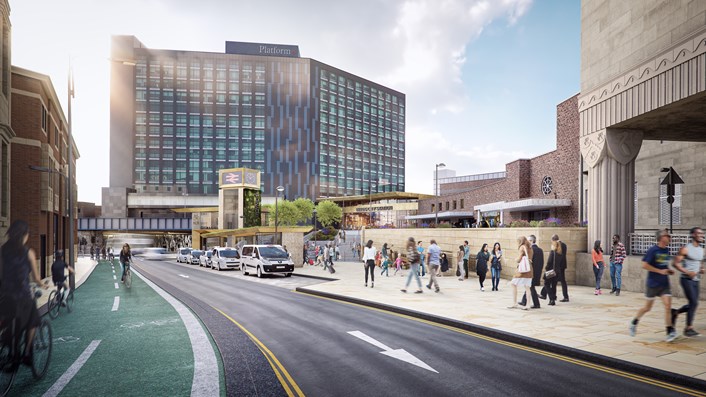 Bishopgate on completion of the TCF scheme works 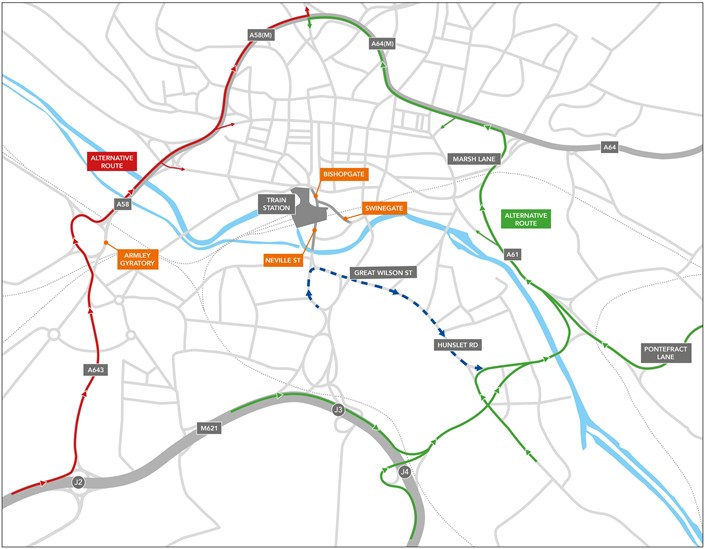 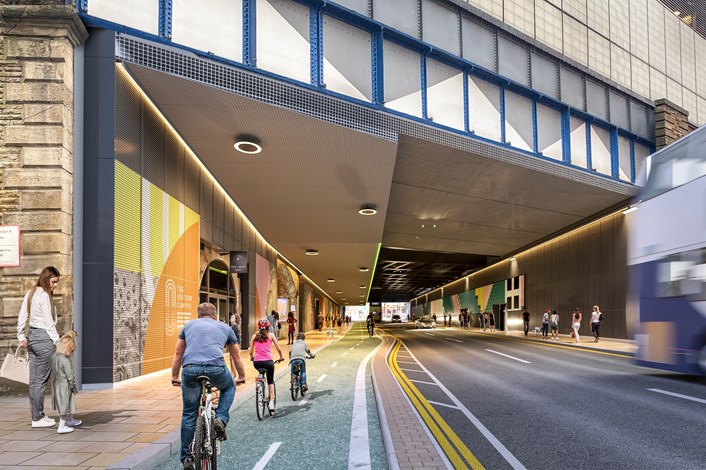 Neville St on completion of the full scheme