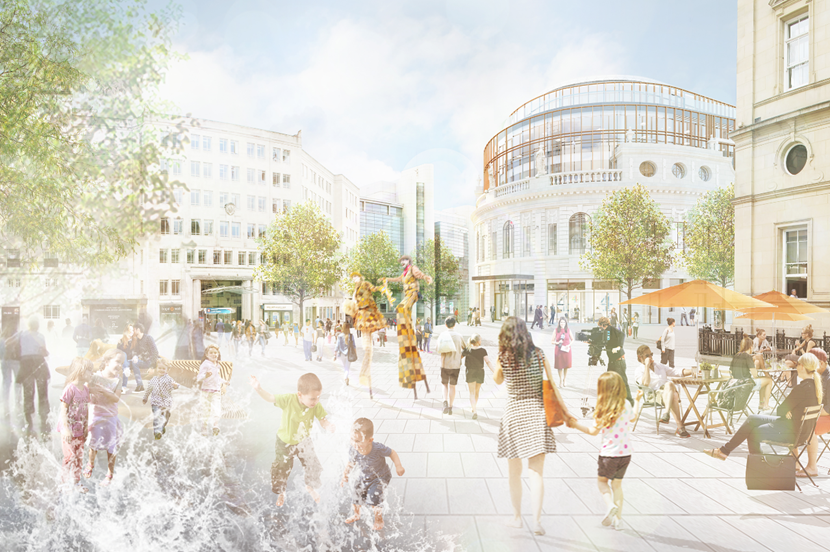 Building on the transport conversation in previous years and the extensive work completed in the city centre over the past 12 months, notably the Headrow and Park Row improvements, senior councillors in Leeds will discuss an update on continuing work to transform transport and travel in and around the city centre at a meeting next week.

At the council’s Executive Board on Wednesday 21 April, councillors will consider a report progressing further plans to transform transport in the city centre. The report presents plans to enable the closure of City Square at the end of 2022 in readiness for the Year of Culture in 2023, plus the preliminary designs for the Armley Gyratory highway scheme. They support the creation of a world class public space and arrival gateway to the city centre for train, bus users, pedestrians and cyclists, while continuing to provide access for businesses.

The report highlights that Leeds City Council is making major progress in the delivery of people-first infrastructure and public spaces across the city centre. In the past three years, significant investment (circa £200million) has taken place in Leeds City Centre, including the Leeds Public Transport Improvement Programme (LPTIP) Connecting Leeds works, with major investments progressing to support the 3.5 hectare green City Park, and the delivery of major Our Spaces schemes.

A transformative approach aims to overturn historic barriers and issues in highways infrastructure developed from the ‘Leeds Motorway City’ of the 1970’s. This created substantial ‘through traffic’ across the city centre, which has contributed to serious environmental issues and disconnected neighbourhoods.

The Armley Gyratory improvement, together with Highways England’s scheme to improve the M621, enables road space in the city to be put to more positive uses, like the redevelopment of City Square.

Now a strategy focusses on providing high quality spaces in between buildings putting the needs of people first. This will improve connectivity to and from surrounding neighbourhoods, helping to tackle the climate emergency and fostering a sense of community. This all whilst ensuring there is sufficient resilience within the highway network and promoting sustainable transport.

The council has recently carried out consultation on the draft Connecting Leeds Transport Strategy, which includes ‘pedestrianising City Square’ and ‘transforming the city centre’, setting out to make Leeds a city where ‘you don’t need to own a car,’ and promoting a range of solutions intended to reduce carbon dioxide emissions towards the Climate Emergency 2030 target. Post-covid, this approach is considered crucial to the city’s recovery in achieving the ambitions of the economic recovery framework, Inclusive Growth Strategy and meeting the Climate Emergency declaration.

Armley Gyratory and the City Square highway works are currently fully funded from the West Yorkshire Plus Transport Fund, with an allocation of £78.8million which is also delivering schemes on Infirmary Street Gateway/Park Row, Meadow Lane, and part-funding Regent Street bridge.

“We have made significant progress in recent years in transforming the quality of public realm in the city and making our public spaces far more people friendly.

"This momentum is expected to continue with schemes such as City Square and City Park being brought forward so the transformation underway can continue.” 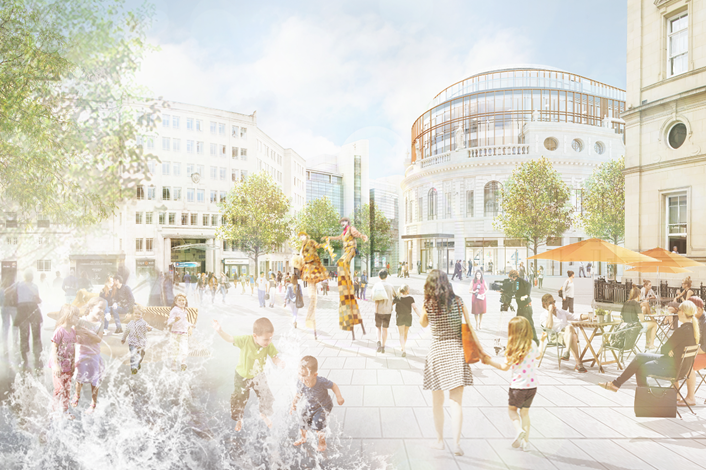