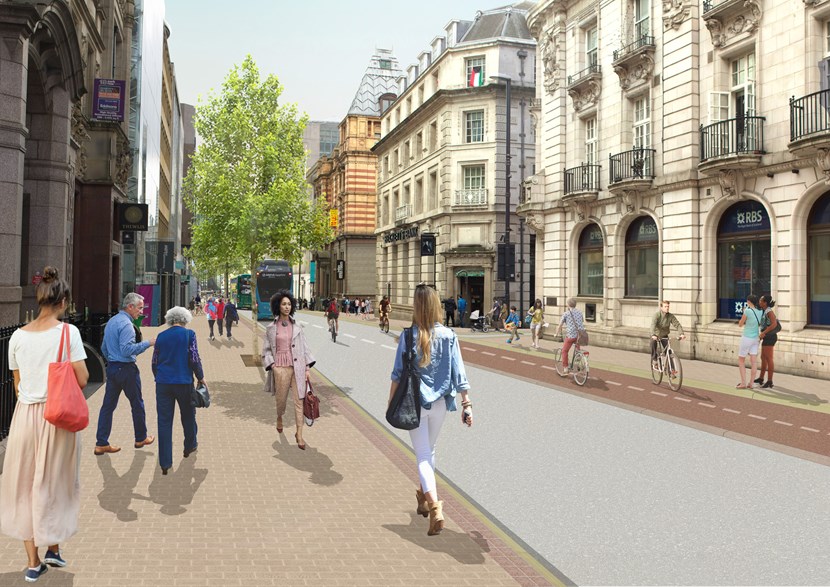 Senior councillors in Leeds will discuss an update on plans to transform transport and travel in and around the city centre at a meeting next week.

At the council’s executive board on Wednesday 17 April, councillors will consider a report to progress plans to transform transport in the city centre into world-class gateways for bus users, pedestrians and cyclists, while continuing to provide access for businesses.

This work is part of Connecting Leeds – aiming to invest an unprecedented £270million in Leeds’ transport network.

Connecting Leeds, the long-term transport strategy for Leeds, aims to improve all aspects of transport and travel in the city and connect people to the wider Leeds City Region.

The report highlights investment works of £20.7million to include; the Headrow, Westgate, Vicar Lane between the Headrow and North Street, New Briggate, Infirmary Street and Park Row, Cookridge Street and small lengths of streets linking these together.

For example, Vicar Lane will be two-way for buses and some general traffic, removing the bottleneck on the Headrow. This will facilitate closure of traffic to the lower section of New Briggate, which will provide an opportunity for further enhancing the pedestrian experience.

The plans aim to improve bus reliability and ensure they can navigate easily through the city centre whilst substantially enhancing the quality of the city centre by increasing public space, and improving walking and cycling.

Last summer’s consultation feedback on the initial concepts for the City Centre Gateways scheme was very positive. Around 76 per cent of those who responded, supported the schemes. These proposals, now developed further, address bus service reliability, cycle safety, accessibility, pedestrian comfort and quality of the public realm.

Some bus stops would relocate to more suitable areas with wider footways for passengers to wait. Bus-only restrictions would look to create more space and extend to improve bus journey time reliability. There’s strong support for reducing car dominance in the city centre, improving facilities for bus passengers and enhancing the public realm.

Another phase of public consultation opened on 11 March and will close midnight Friday 12 April, people can still comment on the plans available on www.leeds.gov.uk/connectingleeds.

By improving bus reliability and punctuality, the city centre schemes will help increase public transport use, in line with the council’s target of doubling the number of bus users in ten years.

“This multi-million pound investment will see huge improvements for public transport reliability, reducing delays and giving buses priority to get easily through the city centre. They will also enhance the ability for people to move about the city by foot or by bike. There’s been some really good initial feedback to these proposals, which include the added benefit of creating more attractive and improved public spaces. I would urge people there’s still opportunity to view and comment on the plans by midnight Friday 12 April.” 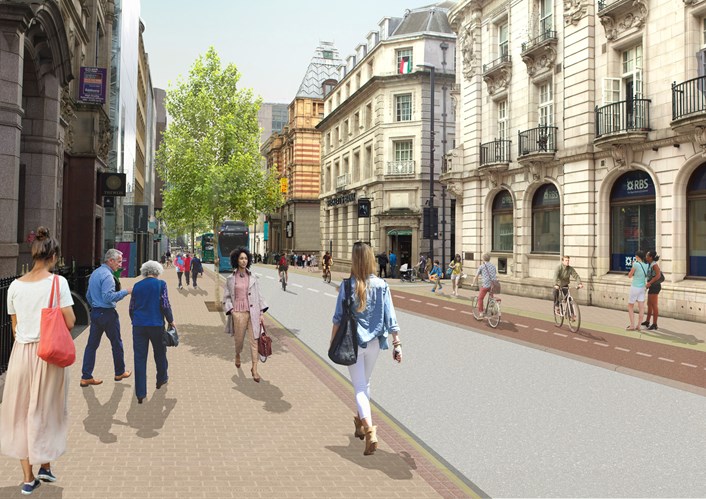