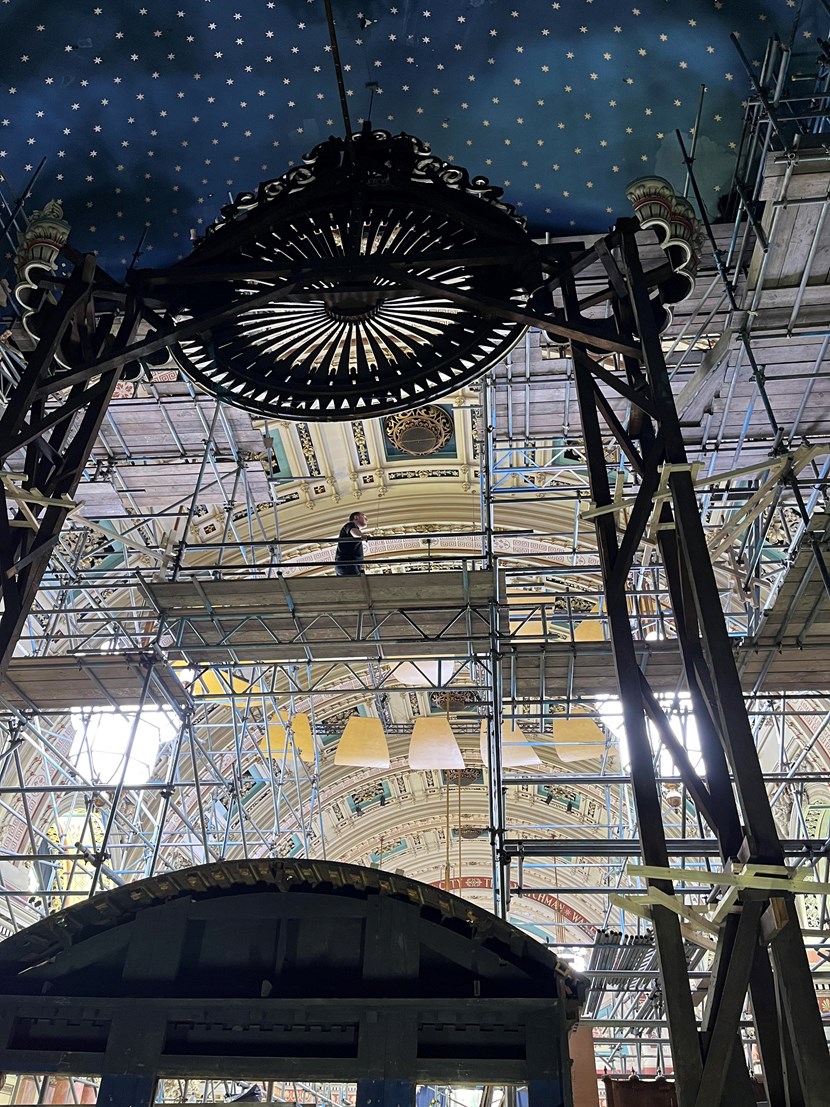 An atmospheric Victoria Hall was filled with the sound of silence this week as the final pieces of the Leeds Town Hall organ were removed for a once-in-a-generation renewal project.

The latest step in the landmark heritage project means that for the first time in its history, the iconic building is without an organ, having been home to one of the largest instruments of its kind in the world for more than 160 years.

Specialist engineers from Nicholson and Co. Ltd have spent the last few months removing all of the colossal, 50ft organ’s 6,000 pipes, leaving behind a completely empty organ chamber.

The team behind the project say it is among the most significant the country has ever seen, and involves completely repairing and renewing the incredible instrument, securing its future for generations to come.

With the mammoth task of taking the 70 tonne organ apart now complete, technicians will set about replacing much of the ageing mechanism off site, including the organ’s soundboards, wind supply and console. This will give the organ a fuller and more integrated sound during future performances.

Leeds City Organist Darius Battiwalla, who has played the organ during countless concerts and recitals, said: “It’s a very strange feeling to see Victoria Hall without the organ, which has been such a constant fixture here for generations of artists, visitors and music-lovers.

“However, knowing that this spectacular piece of the city’s musical heritage will be returning better than ever is so exciting and inspiring for everyone involved in bringing together the vision for the town hall’s future.

“Once completed, the organ will once again become a cornerstone of what will be a world class music and performance venue that the city can be proud of for many years to come.”

The organ was originally made by Gray and Davison of London to designs by William Spark and Henry Smart in 1853. The one-of-a-kind instrument was first played for Queen Victoria at the building’s opening ceremony in 1858.

Earlier this year, The National Lottery Heritage Fund pledged a grant of £249,810 toward the project to restore Victoria Hall and rebuild the organ. As well as work on the organ itself, the project will see artists strip back layers of dirt, dust, and urban pollution to reveal an earlier artistic vision for the hall.

The scheme is part of wider efforts to refurbish and restore Leeds Town Hall over the next two years, preserving a Grade 1 listed public asset. The project will also ensure the building can host large-scale events and concerts, generating significant income for the council and the city and engaging with the wider audiences.

Councillor Jonathan Pryor, Leeds City Council’s deputy leader and executive member for economy, culture and education, said: “It’s exciting to see this once-in-a-generation project making such progress and to imagine the incredible potential it has to reinvigorate and reimagine what is a truly unique and stunning performance space.

“Leeds Town Hall is a cornerstone of culture in Leeds and the organ is one of jewels in the city’s heritage crown, so it’s important that these remarkable and historic assets are improved and preserved for future generations.

“The refurbishment of Leeds Town Hall will also give us the ability to host bigger and better performances and events which will generate hugely important income for the city centre economy and cultural sector and help us to engage with the broadest range of visitors.”

More information on the Town Hall including upcoming events and how you can support the building by making a donation and being part of fundraising can be found at: www.leedstownhall.co.uk/support-us 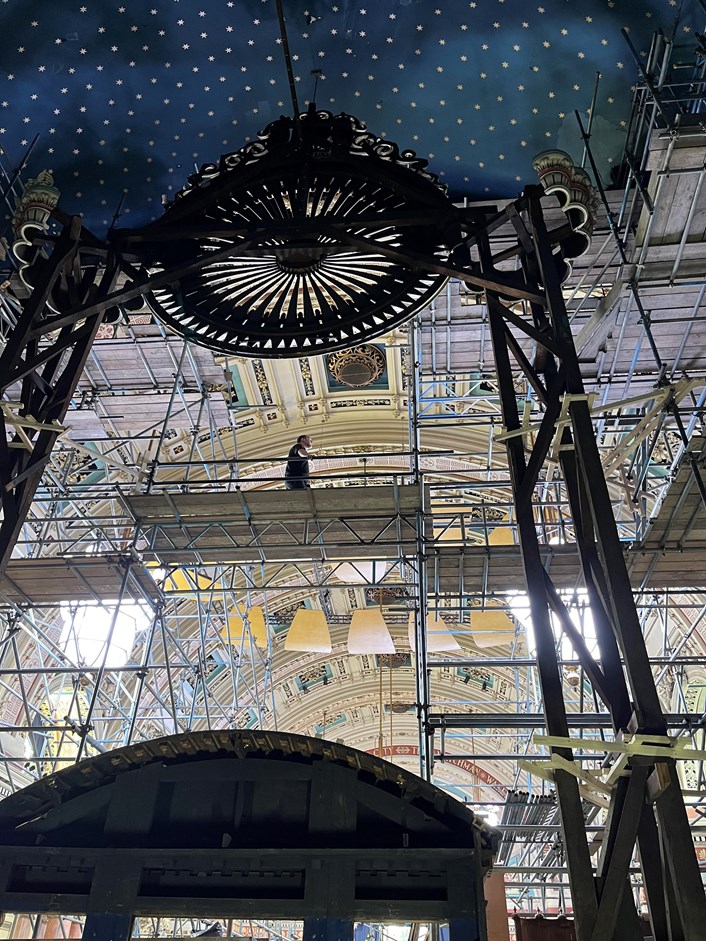 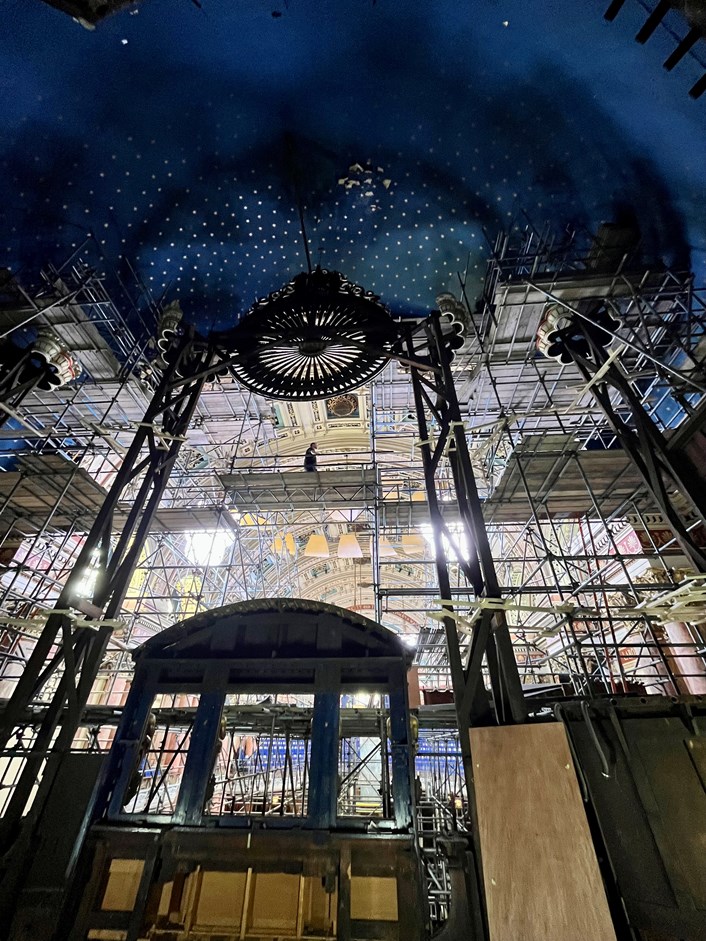