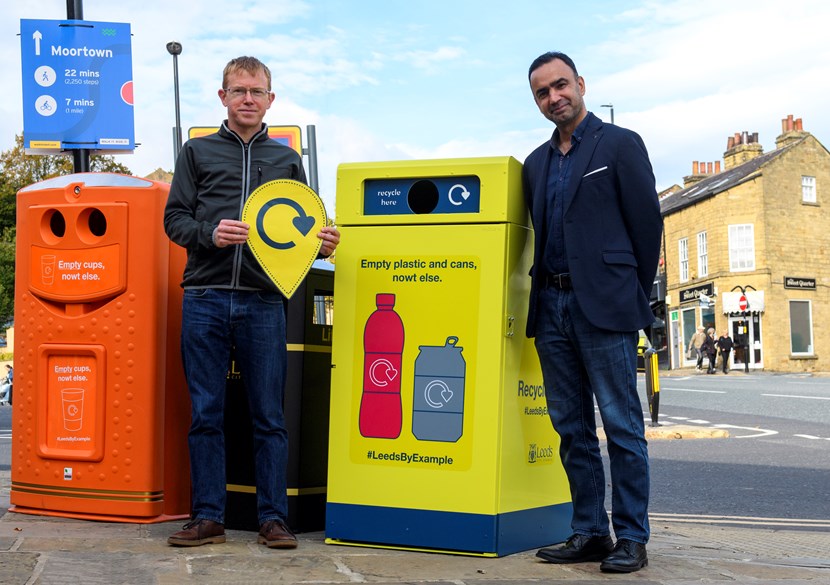 New recycling ‘on-the-go’ bins are being launched in selected district centres across Leeds this month, building on the success of the 2018 ground-breaking city centre provision encouraging recycling of common food and drink packaging consumed out of home.

The eye-catching bright orange and yellow bins will soon be able to be found in 6 district centres across Leeds, making it easier than ever for residents in these locations to recycle their cans, plastic bottles, and coffee cups quickly and easily.

Aiming to capture some of the 3 billion plastic bottles, 9 billion cans and almost 3 billion coffee cups consumed yearly on the go across the UK, the scheme will build on the success of the recycling on-the-go bins across the city centre.

The bins will be located in Chapel Allerton, Headingley, Garforth, Morley, Otley and Wetherby, with all locations chosen due to high frequency of litter bins being emptied, their proximity to takeaways and bus stops as well as input from partners and local council cleansing teams. We know from litter bin composition analysis that about 37% of the waste is made up of coffee cups, cans and plastic bottles that can all be recycled, that’s a lot of valuable material that can be made into something new.

Six recycle on-the-go bins are being delivered in all the selected district centres, increasing the on-street recycling bins across the city to over 140. The installation of these additional bins is being funded from the award of a grant from the Waste and Resources Action Programme (WRAP). The council will take on the responsibility to empty the bins and take waste for recycling.

The new provision is also being supported by Zero Waste Leeds, working with the council to raise awareness around the importance of out of home recycling across the roll out areas.

This additional recycling provision forms part of the city’s continued commitment to promote recycling and make it easier for all residents and will play a key role in helping facilitate the city’s ambition to transform Leeds into a city that recycles at home and on the go and ultimately becoming carbon neutral by 2030.’

Rob Greenland, Co-Director, Zero Waste Leeds, said: 'Over 50% of items thrown into the average litter bin in Leeds could be recycled - mostly things like plastic bottles, drinks cans and coffee cups.  Obviously this is a real waste - and that's why we're supporting the Council to help to get the word out to people living and working in the six suburbs of Leeds about the new on-the-go recycling bins in their area.

'We'll also be sharing lots of tips for even better ways to cut down on waste - such as encouraging people to take a reusable water bottle or reusable coffee cup with them when they're out and about - great ways to save money and do your bit for the environment.  To find out more follow us @zerowasteleeds on Facebook, Instagram and Twitter.'

The Resource Action Fund Binfrastructure grant scheme has been created to support the release of the Right Bin in the Right Place Guidance, (RBRP) published by WRAP on behalf of Defra in October 2020.

The award of this grant helps to tackle litter hot spots across Local authorities in England by determining and funding the best Binfrastructure provision. Find out more at https://archive.wrap.org.uk/content/litter-binfrastructure-grant

Zero Waste Leeds is a project of Social Business Brokers CIC -  a social enterprise that has been working for over ten years on creative, collaborative approaches to tackling social and environmental problems in Leeds.

The goal of Zero Waste Leeds is to build a mass movement to make Leeds a zero waste city by 2030. Zero Waste Leeds’ other recent work includes Leeds School Uniform Exchange, Leeds Fashion Futures, and a campaign focused on the environmental impacts of glass recycling. 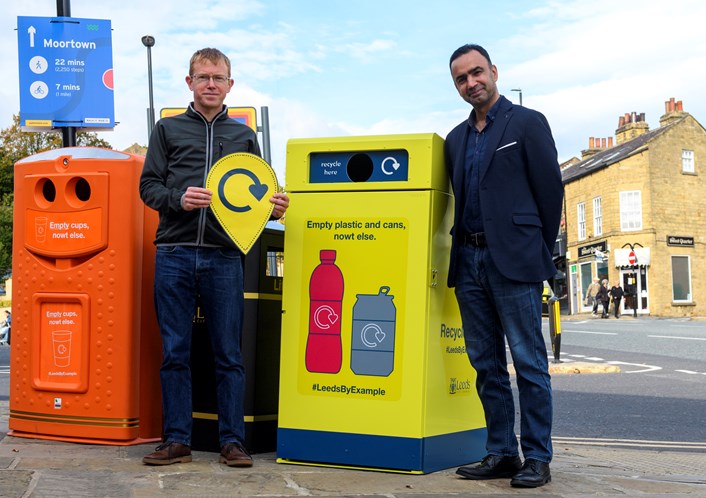 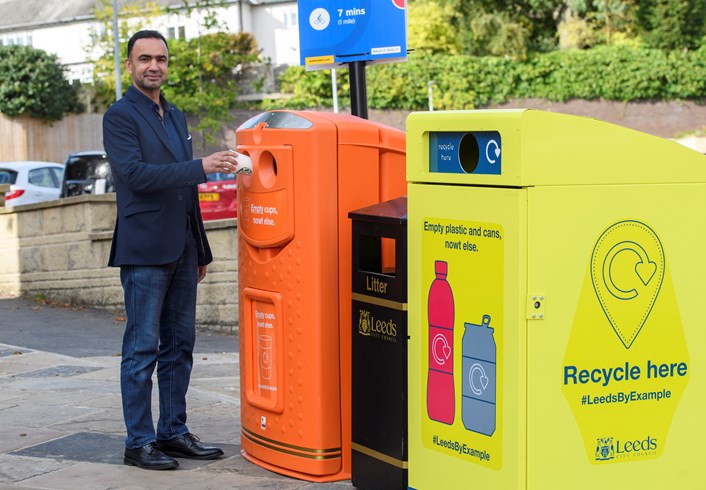