An ambitious plan to use HS2 as the spark to create thousands of jobs for the Leeds City Region is launched today.

Around 300,000 jobs are expected to be created over the period covered by the Leeds City Region HS2 Growth Strategy including 41,000 from proposals set out in the plan, 5,000 from construction and a further 40,000 from the broader economic impact of HS2 which has the potential to add more than £54bn to the region’s economic output.

The transformation of Leeds Station, the improvement of connections along major transport corridors across the Leeds City Region and the regeneration of key sites in Bradford, Halifax, Huddersfield, Wakefield, York and the Leeds South Bank are among the schemes which could be accelerated by HS2.

The strategy sets out plans to make the Leeds City Region an international centre of excellence in light and high speed rail skills and support supply chain companies in rail, transport, construction and engineering. It highlights University of Leeds proposals to create a High Speed Rail engineering centre of excellence and technology park.

It includes the ambition to reach every pupil in the Leeds City Region to enthuse and excite the next generation of engineers, technicians and other professionals, attracting young people to the HS2 and transport infrastructure workforce in record numbers.

HS2 is also expected to make the Leeds City Region a more attractive location for inward investment and generate a significant increase in tourism.

The strategy makes the case for £20m to carry out further feasibility work and determine the total level of financial support required to implement the proposals which is likely to be significant.

Cllr Susan Hinchcliffe, West Yorkshire Combined Authority chair, said: "The strategy sets out the sheer scale of the opportunity HS2 presents for the whole region and the transformative impact it could have on its economic prospects.

"It is vital that we ensure all our communities benefit. Work is therefore already underway to identify the improvements required along key transport corridors with a view to making sure all cities and towns are ready to connect to HS2 when it opens."

HS2 Chairman Sir David Higgins said: “One of HS2’s key purposes is to give local regions the chance to think about how they can build on their own distinctive skills and expertise to make not only themselves, but the country as a whole more competitive and productive. Leeds City Region were amongst the first to recognise that unique opportunity and seize it with both hands, as this plan shows.”

Cllr Keith Wakefield, West Yorkshire Combined Authority Transport Committee chair, said: “HS2 represents a once-in-a-generation opportunity for the Leeds City Region and this strategy is designed to ensure we maximise the benefits for all our communities.

“The arrival of HS2 is about more than speeding up journeys and increasing rail capacity, important though that is. It will unlock new business opportunities, create high-skilled jobs, spur regeneration and attract investment.

“Turning these exciting proposals into action will require substantial further funding over a long period and I hope the Government will respond positively to the vision we have set out today.”

Cllr Judith Blake, Leeds City Council leader and West Yorkshire Combined Authority member, said: “HS2 is an incredible opportunity to create something truly transformational to the economy of our city and the wider region.

“It is a very rare chance to bring a wealth of jobs and investment that can be shared by everyone across all our communities, widening our options to work and travel and opening up new skills sectors.

“If this vision gets the financial support it deserves it will empower us and our partners to make sure HS2 drives the biggest boost that has been seen in decades to the economy of Leeds and its neighbours.”

Roger Marsh OBE, Leeds City Region Local Enterprise Partnership chair, said: “Improving transport connections is an essential ingredient to achieving our economic ambitions for the Leeds City Region and this strategy sets out a roadmap to capturing the full value of the investment in HS2.

“By making the right choices now, and with the right support from Government, we can prepare today’s teenagers for the wealth of opportunities that HS2 and other significant investments will bring in the years ahead.”

Construction of the eastern leg of HS2 is due to begin in 2023 and be completed in 2033. Once open it will cut journey times between Leeds and Birmingham from one hour 58 minutes to 49 minutes and between Leeds and London from two hours and 11 minutes to one hour 21 minutes. These journey times will open up new job opportunities and markets, spur regeneration and make the Leeds City Region an even more attractive location to start and grow a business.

Its collective vision is for the Leeds City Region to be recognised globally as a place of inclusive growth where everyone has the opportunity to combine economic prosperity with an outstanding quality of life, supported by world-class connectivity.

It also operates the Metro network of bus stations, travel centres and public transport information as well as the CityConnect cycling programme. Read more on the Metro and CityConnect websites or follow @MetroTravelNews and @CityConnect1 on Twitter or West Yorkshire Metro on Facebook.

The Leeds City Region is a £64.6 billion economy and the biggest economic contributor to the Northern Powerhouse.

It is home to the UK’s largest regional financial centre, has more manufacturing jobs than anywhere in the country and a growing digital technology sector now worth more than £6.6 billion.

The Leeds City Region has one of the highest concentrations of Further and Higher Education facilities in Europe with 14 FE colleges and nine HE institutions.

More than three million people live in the Leeds City Region, including a workforce of 1.9 million,

There are more than 119,000 businesses across the Leeds City Region, 99% of which are small to medium-sized enterprises (SMEs).

The City Region recorded its highest levels of Foreign Direct Investment in the EY Attractiveness Survey 2017. 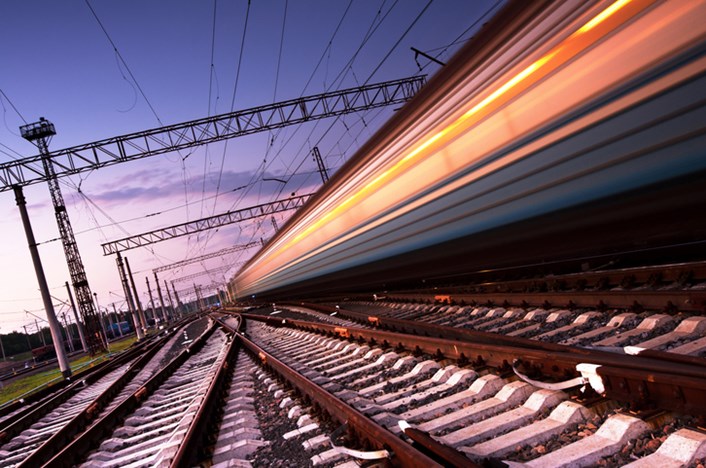