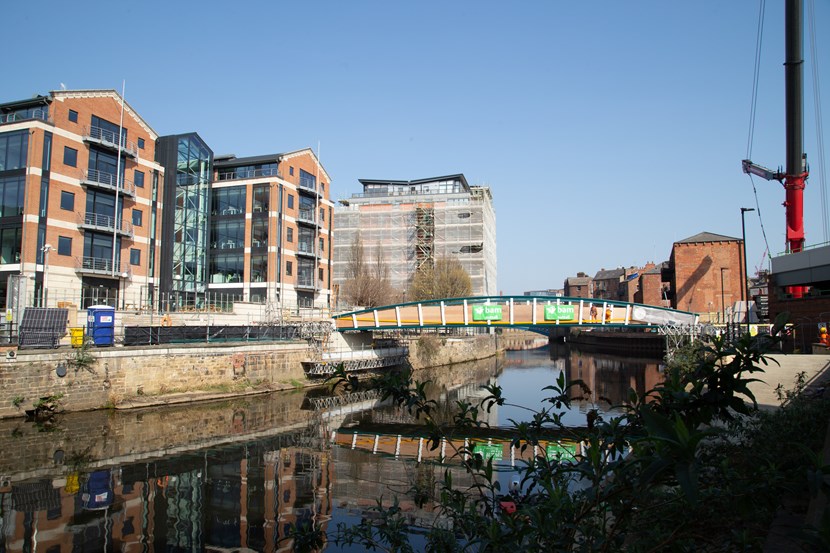 A striking new bridge dedicated to the memory of a man who died after being racially harassed has been lowered into place across the River Aire in Leeds.

Engineers working on the David Oluwale bridge completed one of the project’s major milestones over the weekend, with cranes carefully placing the 40 tonne structure over the river where it will connect Sovereign Street to Water Lane.

Fabricated locally in Yorkshire, less than 20 miles from the site, contractors BAM Nuttall used huge specialist equipment to transport the 30m long bridge to the riverside before carefully installing it with a crane.

The bridge is being named after David Oluwale, who travelled to the UK from Nigeria and was tragically targeted because of his mental health, homelessness and race. He died in the river in 1969 in a racially-motivated incident which left a lasting imprint on the city.

Partnership work between Leeds City Council, the David Oluwale Memorial Association (DOMA) and key stakeholders will see the bridge both commemorate his death and demonstrate a lasting commitment to equality and inclusion in Leeds.

Max Farrar, secretary of the Remember Oluwale charity, said: “Right from the start, Leeds City Council has backed our mission to remind Leeds of its tragic past and to support everyone working for a more welcoming, diverse and equal city.

“This bridge, the imminent Blue Plaque for David Oluwale, and the 2023 memory garden featuring a joyful sculpture by Yinka Shonibare CBE, RA show that David’s story will never be forgotten. They combine to demonstrate that we are making real progress.”

“Our team has been impressed and inspired by the Association’s commitment and work to address racism, homelessness and support mental health. We’re proud to play our part in creating this symbol of David’s life, and an enduring reminder for us all to treat everyone with respect and compassion and celebrate diversity.”

Expected to be open to the public later this summer once associated work has been completed, the bridge will be used by pedestrians and cyclists and will be one of the newest key elements of the ambitious South Bank regeneration programme.

It will also fulfil one of the project’s long-standing priorities to ensure better pedestrian and cycling connection between the city centre, the train station, Aire Park and other green spaces around the city centre.

Councillor Helen Hayden, Leeds City Council’s executive member for infrastructure and climate, said: “It’s wonderful to see this moving and inspiring project making such a pivotal step forward and for a lasting tribute to the memory of David Oluwale to be taking shape.

“It is our hope that this stunning new addition to the city will commemorate his story for generations to come as well as standing as a lasting symbol of our shared commitment to diversity and inclusion in a brighter and better connected Leeds.”

West Yorkshire’s deputy mayor for policing and crime, Alison Lowe OBE added: “It is great to see that the bridge is now in its final stages of completion, particularly given all it symbolises. Its physical presence will be a lasting reminder of the need to challenge disparity and promote equality in everything we do.

“The case of David Oluwale will continue to reverberate in our local history and why it is so important that the theme of ‘Inclusion’ sits at the core of the Mayor’s first Police and Crime Plan for West Yorkshire.”

The proposals for the regeneration of the city’s South Bank will provide 8,000 new homes and 35,000 new jobs, new educational establishments and a new city park.

The project also complements several other improvements in the area, including the transformation of Crown Point Road, with more space for walking, cycling and bus facilities being created as part of the upcoming Aire Park development – a mixed-use district with the UK’s largest new city centre green space at its heart. Developer Vastint UK recently began construction work on the five-acre section of Aire Park that will sit between Meadow Lane and Crown Point Road.

The council is very grateful to local businesses Asda and Leeds Building Society for their help and support to secure the landing rights for the bridge. 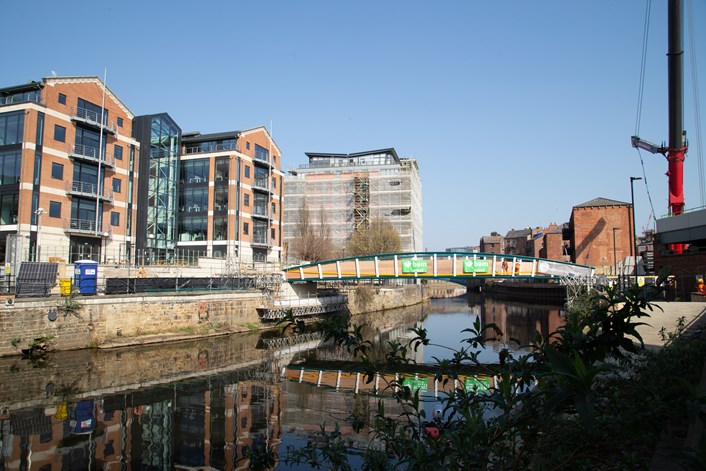 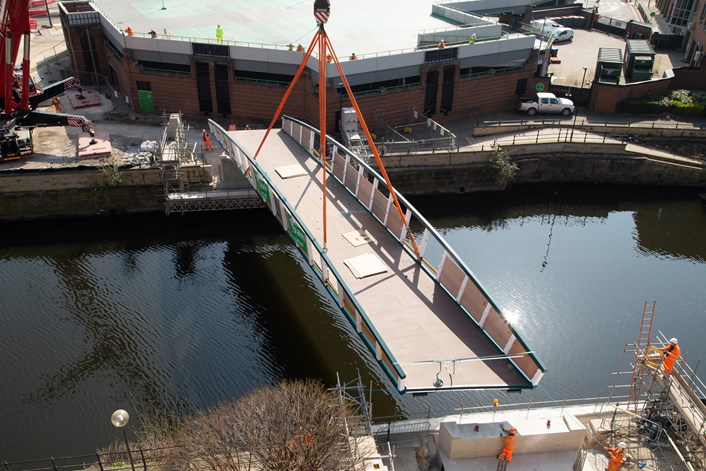 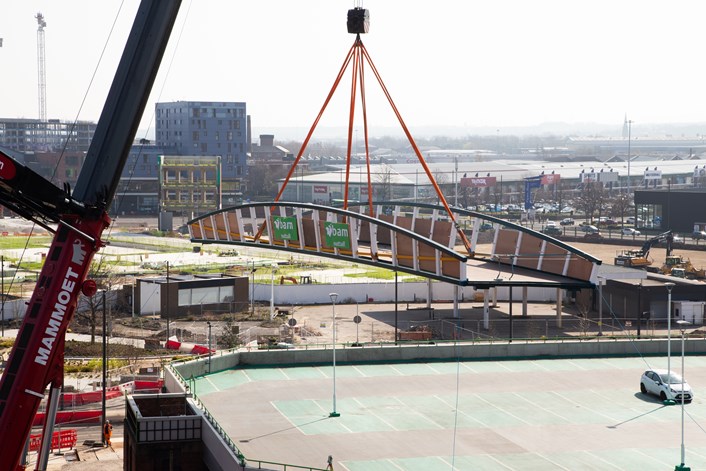 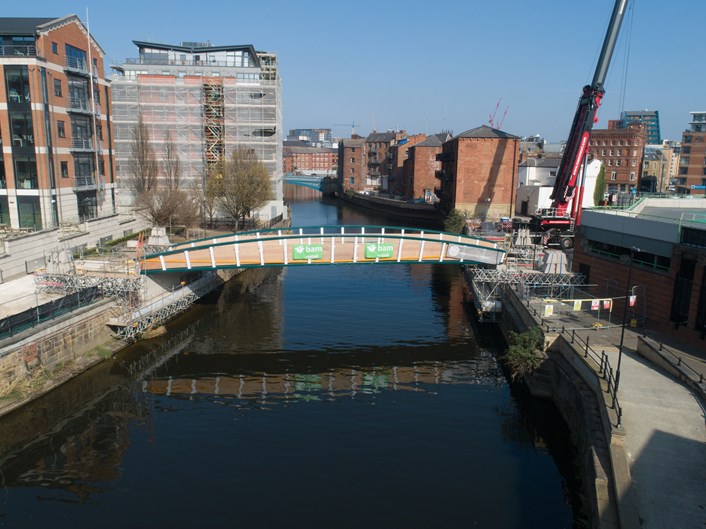 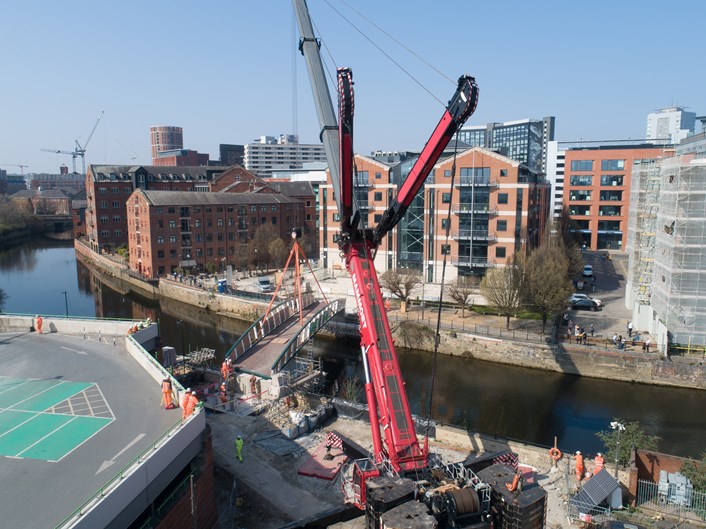 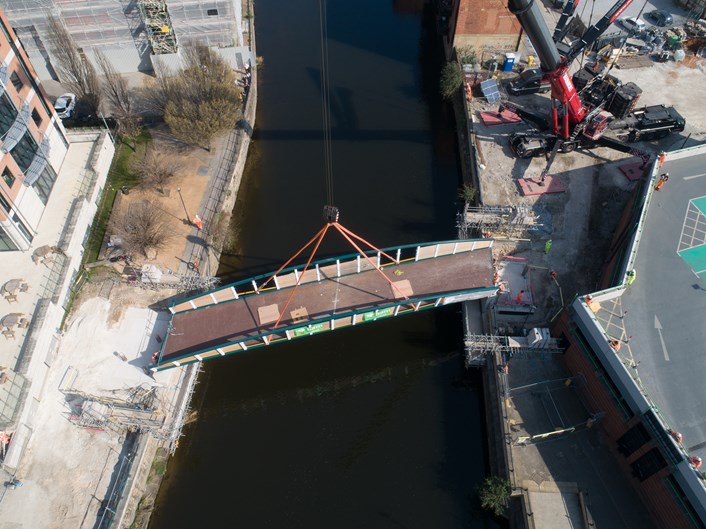 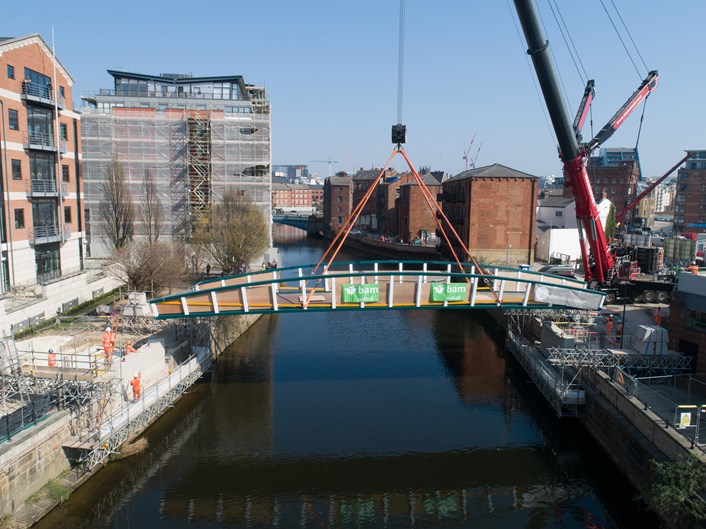 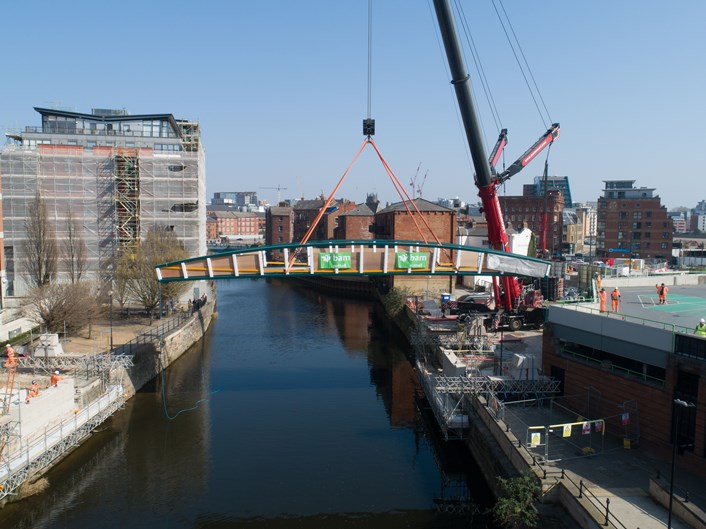 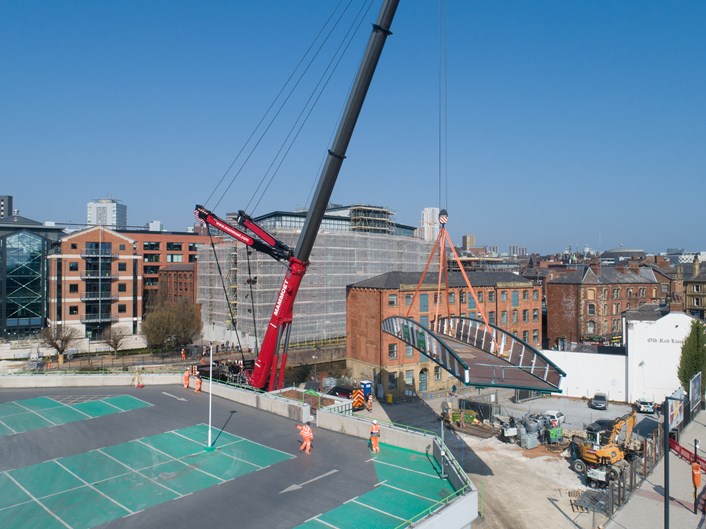 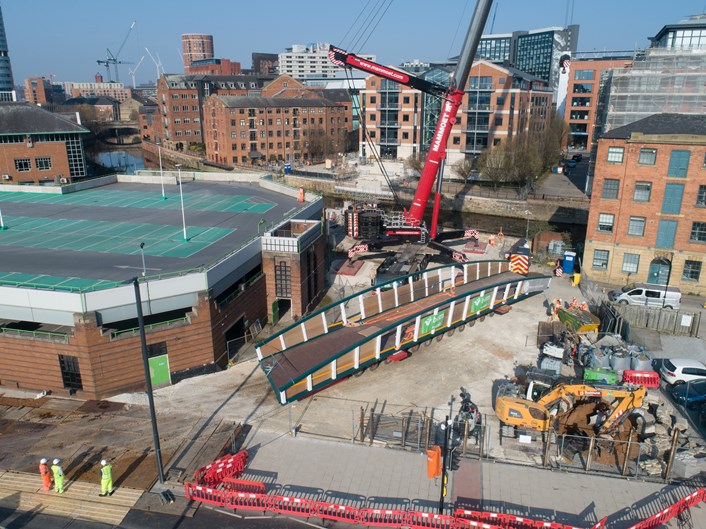 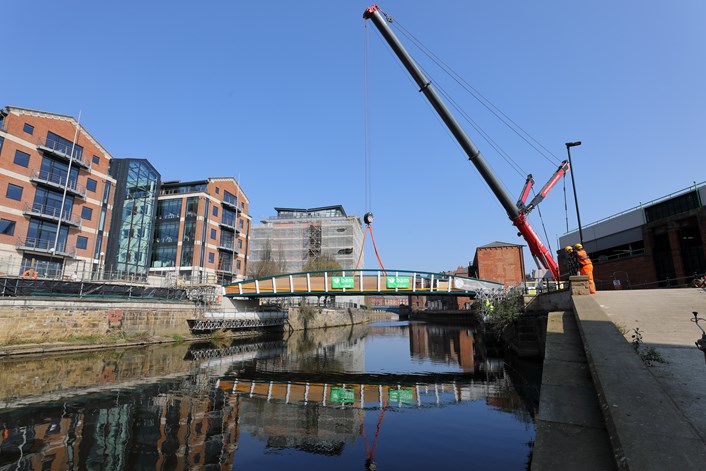 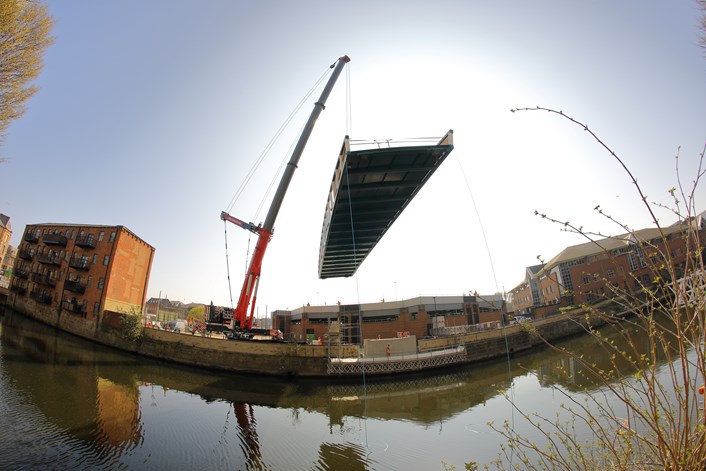 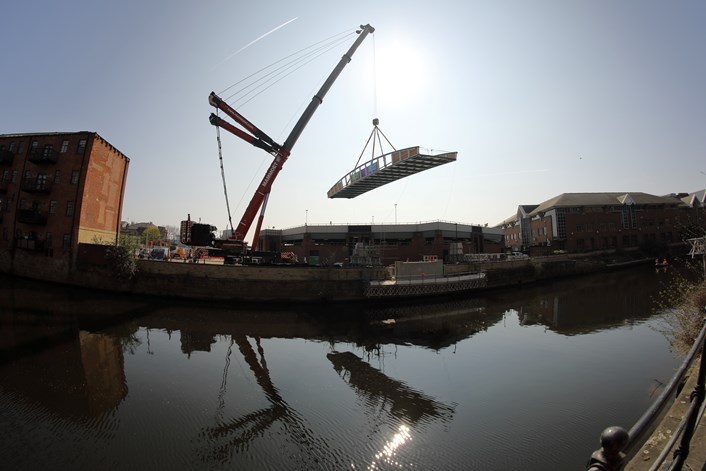 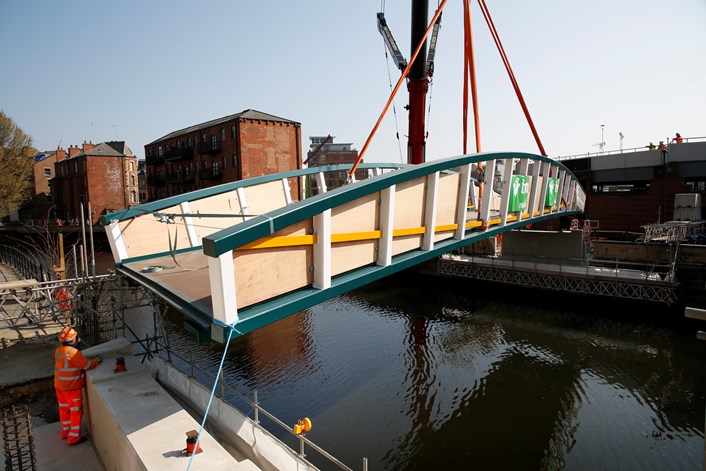 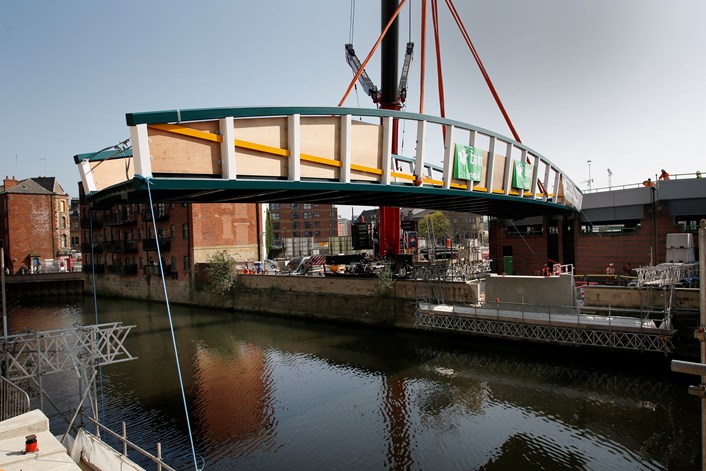 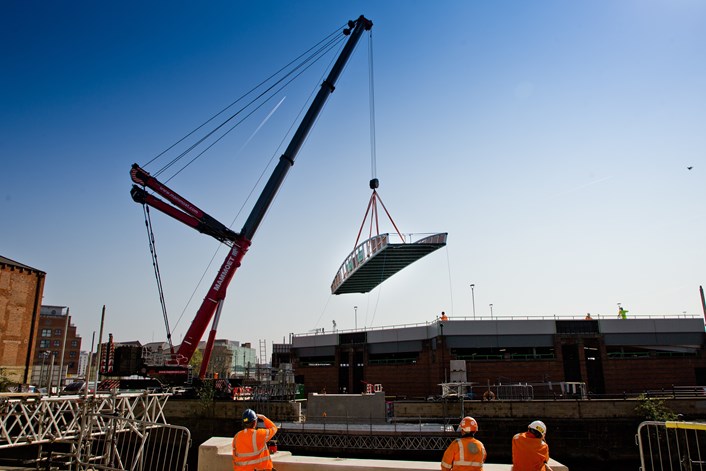 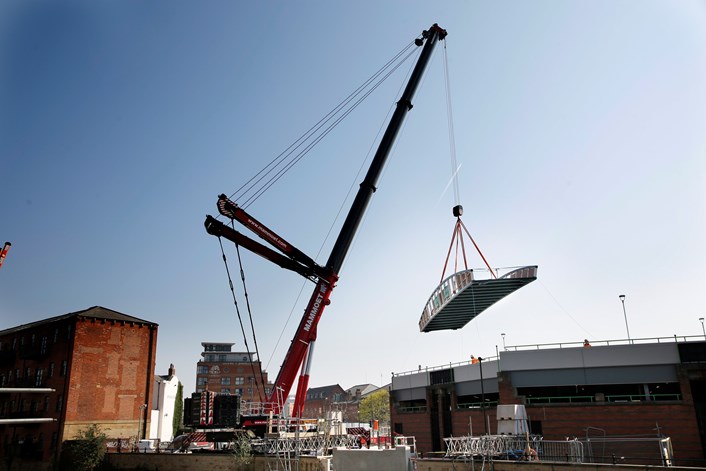 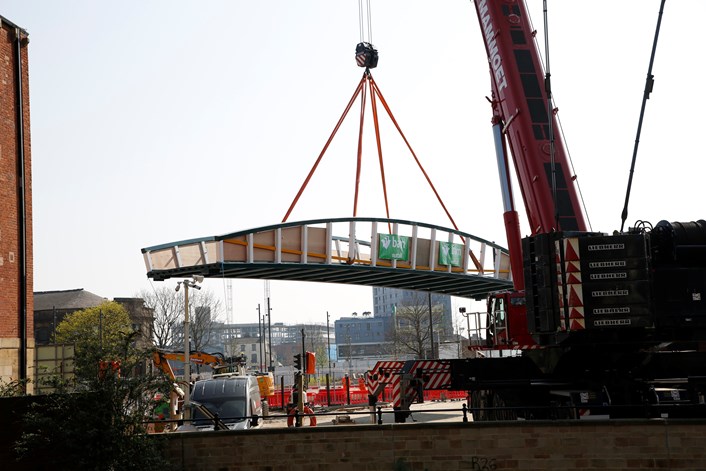 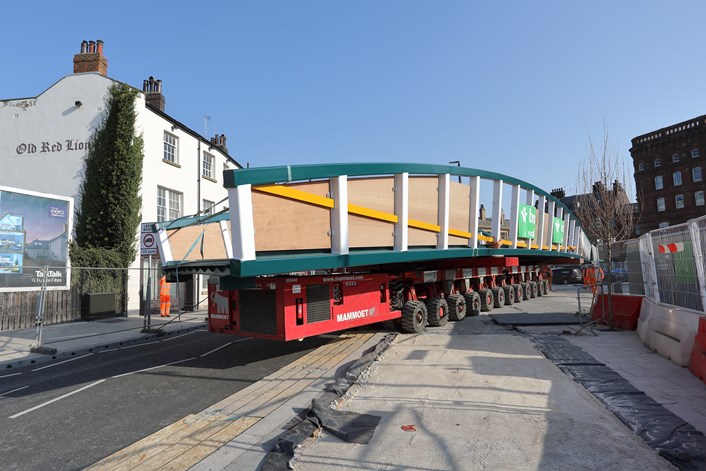 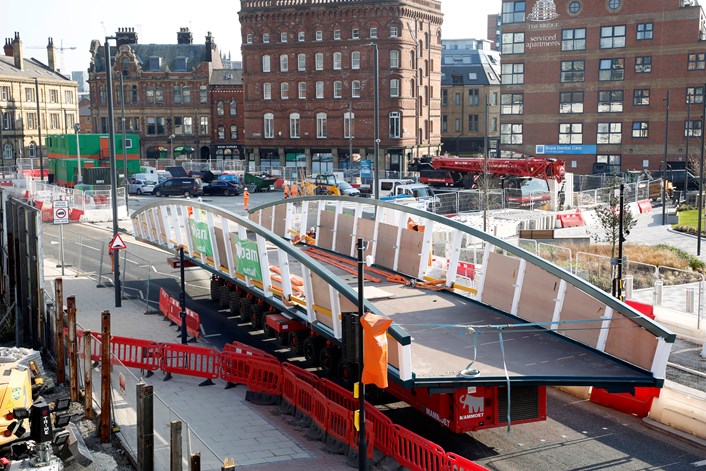