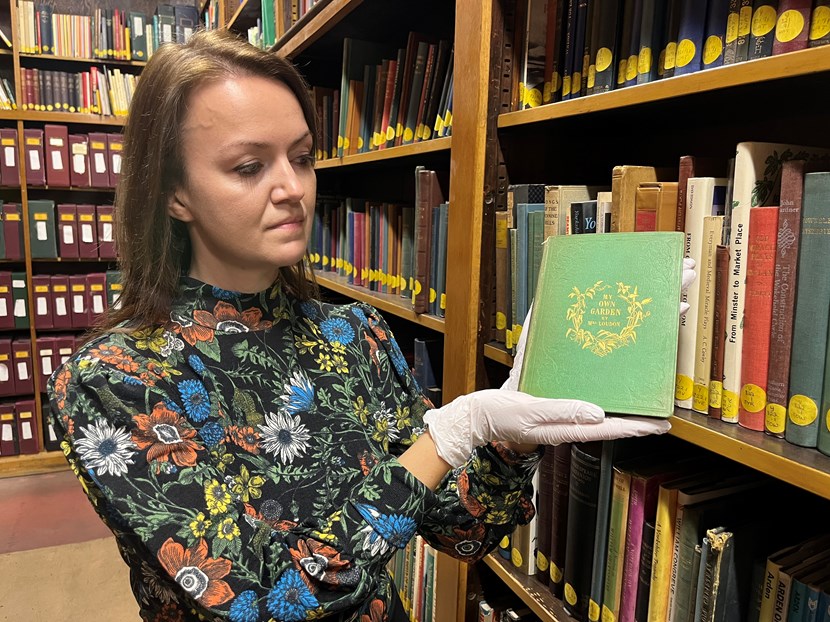 A rare book laced with a deadly poison has been discovered by librarians in Leeds as part of a global search for the toxic texts stashed on shelves across the world.

Recent research carried out by experts at the library revealed that the seemingly unassuming book most likely owes its vivid, emerald green colour to a dye containing quantities of arsenic, which can be lethal when ingested.

Even more remarkably, the inscription inside the book’s front cover shows it was a gift unwittingly given to a young Caroline Gott, one of the family of renowned Leeds industrialists, by her father in 1855.

The startling discovery came to light when senior librarian Rhian Isaac began cross-referencing the library’s vast collection against the database of The Poison Book Project. She found the exact edition of the book housed in Leeds featured on the list of books which are known to have been coloured using arsenic.

Originally started in America, the project aims to identify different editions of historic books once commonly produced using hazardous compounds and heavy metals such as arsenic. The Poison Book Project and Arsenical Books Database are the work of researchers Dr Melissa Tedone and Dr Rosie Grayburn at Winterthur Museum, Garden and Library in Delaware, USA.

Rhian said: “As a librarian, it’s always incredibly exciting to discover any sort of rare, or unusual book in our collection. But this project is also really important as it helps librarians across the world work together and understand how and when these books were made as well as what steps we can take to keep track of them and make sure they are safely stored and cared for.

“Amazingly, heavy metals were once quite commonly used in the production of books as a way to achieve what was considered a very aesthetically pleasing shade of green. Whilst people at the time were certainly aware substances like arsenic were harmful, they probably didn’t understand the many different ways they could be accidentally ingested.

“The fact that this particular book also once belonged to the Gott family means its story is also a part of Leeds’s history and, with some careful handling and storage, it can continue to be part of our collection for many years to come.”

As its title would suggest, My Own Garden contains tips for budding young gardeners and was gifted to Caroline by her father William. Both were descendants of wool merchant Benjamin Gott, who once owned Armley Mills and whose family remained prominent local industrialists for several generations.

It became part of the Leeds collection when Beryl Gott left a large part of her own library, mainly early botanical books, to Leeds Public Libraries. A bequest of money from Beryl Gott to purchase horticultural books ensured that important items on this subject continued to be added for the benefit of people in Leeds.

The book will now be secured and safely stored before being sent away and scanned with a specialist spectrograph which will determine exactly how much arsenic it contains.

Councillor Mary Harland, Leeds City Council executive member for communities, said: “Our libraries are a fantastic public resource, but they also play a pivotal role in the preservation our city’s rich and fascinating heritage.

“The incredible work that goes on behind the scenes to catalogue and document our unique collection plays a huge part in that and ensures these captivating stories are not lost to the ages.” 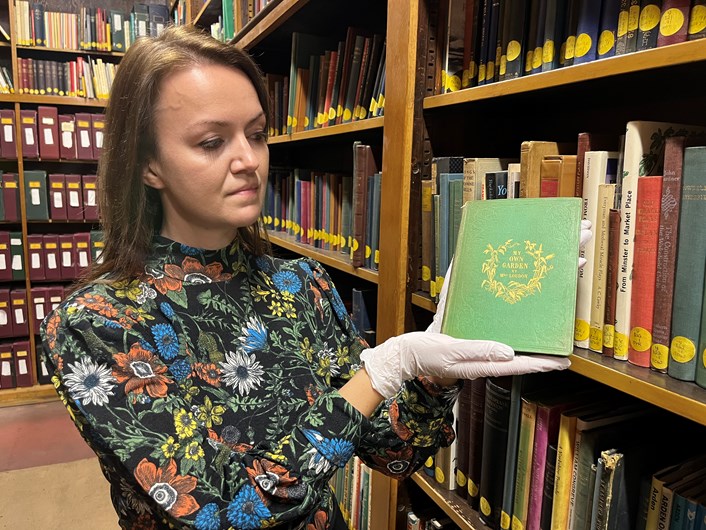 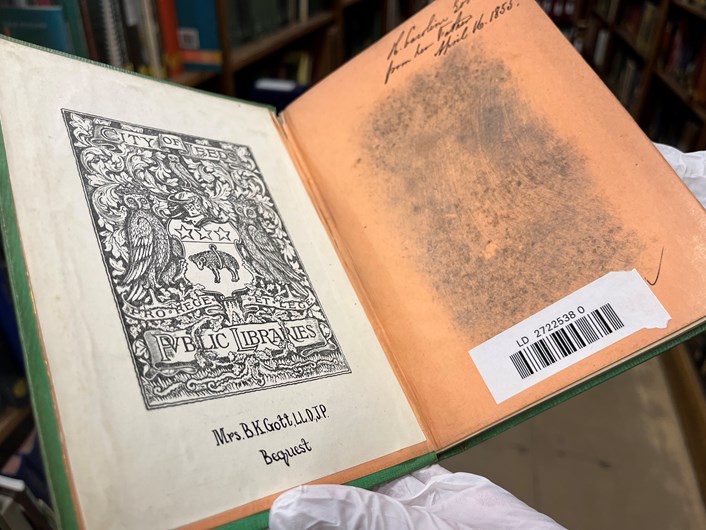 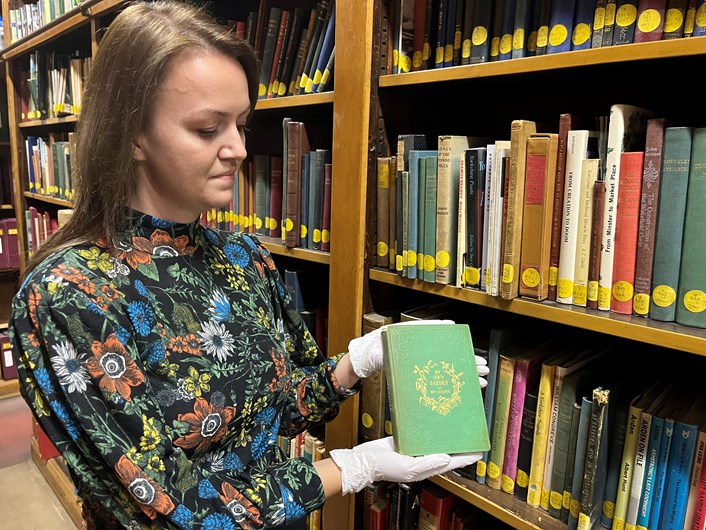 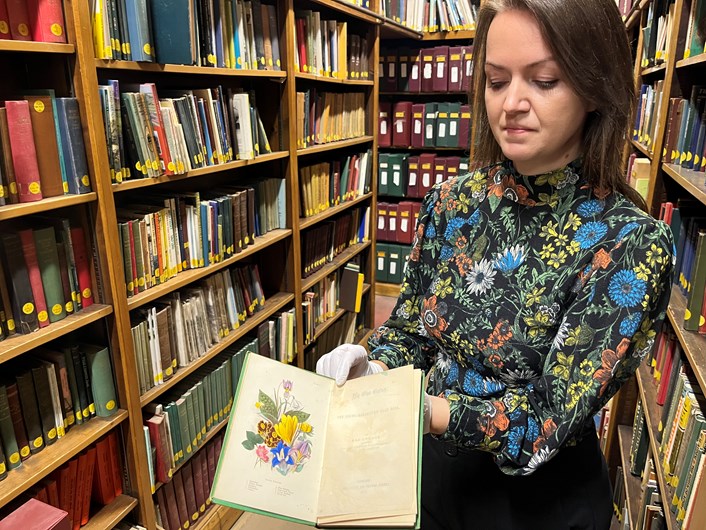 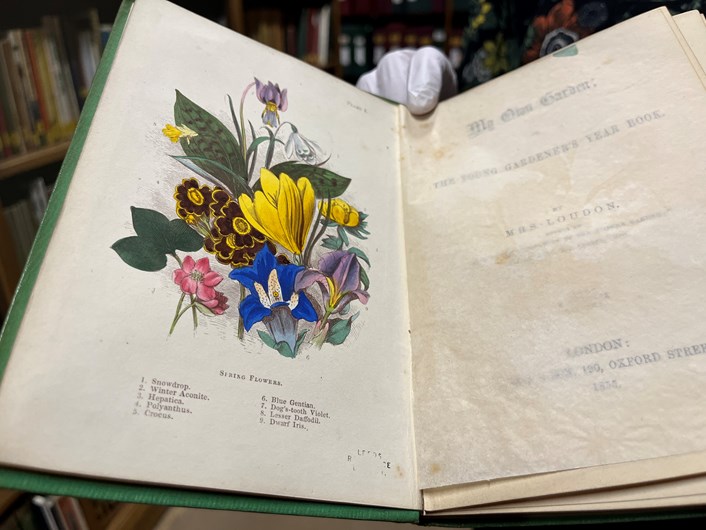 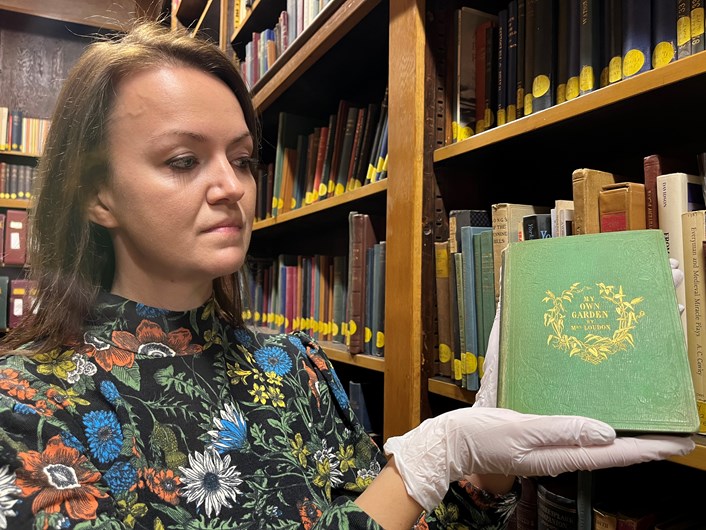 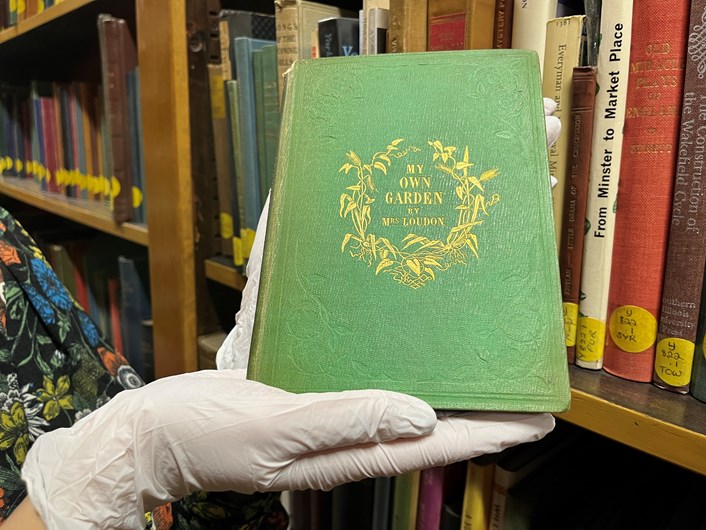