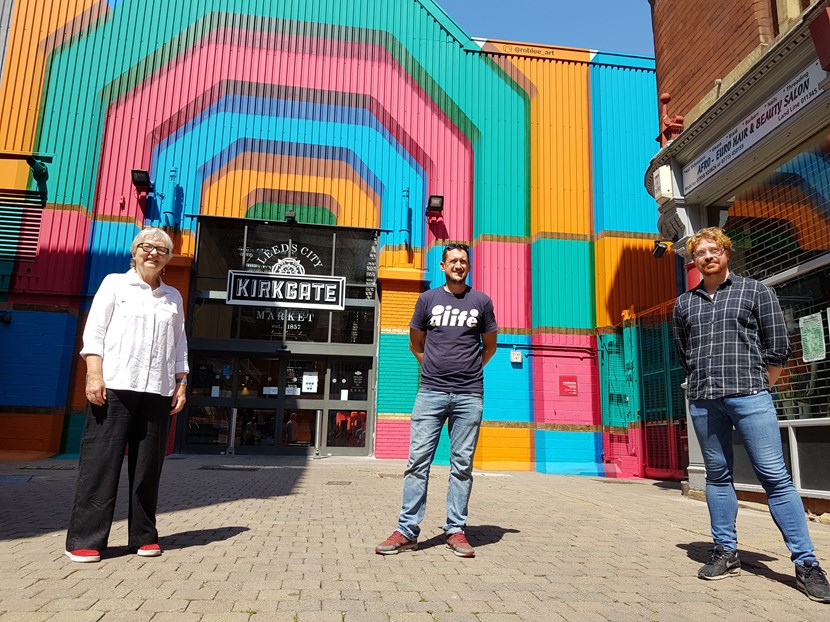 To help mark the occasion, a commemorative plaque was unveiled by Councillor Jonathan Pryor, Councillor Al Garthwaite and Rob Lee, the award-winning Yorkshire-based artist behind the piece.

His design animates the entrance with the illusion of a 3D effect, creating a showpiece feature for the market that will welcome in passers-by to one of the city’s most iconic and historic buildings. The artwork is inspired by the grand Victorian entrances of the original Grade I-listed building, with Rob’s design seeking to complement the architecture of the surrounding area and the colours found within the market.

Located near Leeds City bus station, the New York Street entrance is seen as a key gateway to the markets, leading into the Market Kitchen street food hall. It is also the main entrance for evening events, such as Light Night, the citywide arts and culture festival that takes place every October.

Rob, who is known for his large-scale, site-specific geometric murals which utilise this 3D effect, was officially appointed to design and deliver the project in December 2019. A panel made up of market and council staff selected him on the strength of his previous work, reviewing submissions welcomed as part of an open call to artists via the Curator Space database.

After being commissioned by the council, Rob developed a number of options for the design which were taken for consultation with the public, market staff and the markets board and ward members.

“One of the defining features of Leeds Kirkgate Market is its vibrant atmosphere, which has been delighting visitors and customers alike for many years now. We wanted a new look entrance which better reflected this vitality, and we couldn’t be happier with what Rob has produced.

“I hope that this eye-catching design will become synonymous with the market, reflecting the vibrancy of the traders that call it home and acting as a marker for Leeds Kirkgate Market as an arts and culture destination.”

“I was extremely proud to be given the opportunity to design artwork for one of the city’s most iconic buildings, and wanted to create something bold, colourful and welcoming that reflected its unique character. The history of the markets was a major inspiration for me, with the colours found in the piece combining the ornamental features of the traditional marketplace and the multicultural diversity of its new food hall.

“I’m very happy with the finished product, and hope that the people of Leeds will be able to find some time when they are next in the city centre to come down and see the new artwork for themselves.” 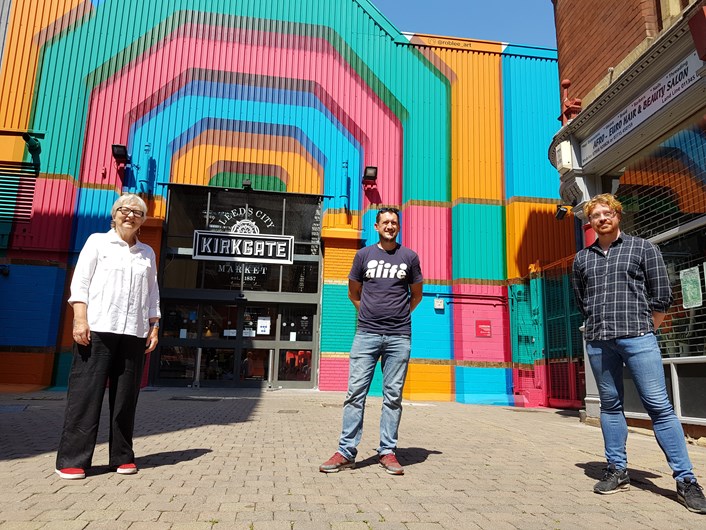 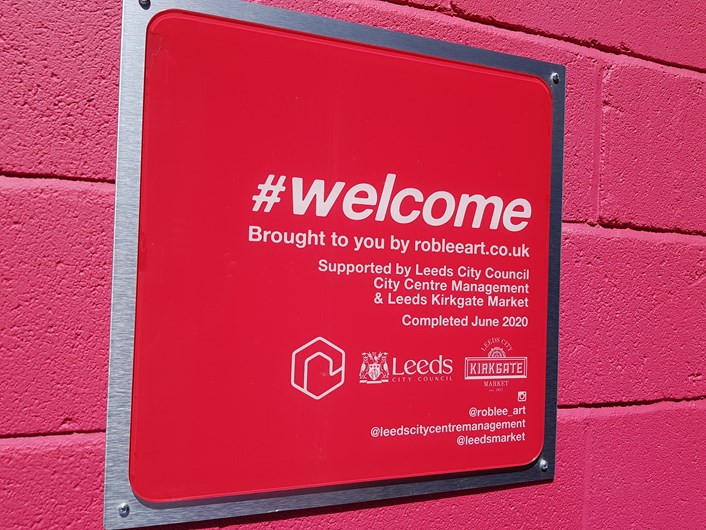