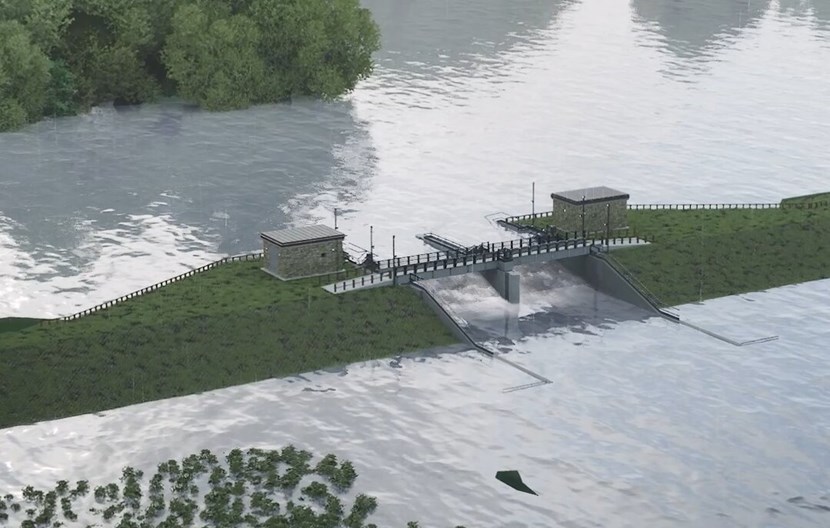 Major plans designed to reduce flood risk for communities along the River Aire have been given the go-ahead by councillors in Leeds.

At a meeting today, Leeds City Council’s city plans panel approved the construction of a flood storage area between Horsforth and Rawdon.

Led by Leeds City Council in partnership with the Environment Agency, Bradford Council, Network Rail and Yorkshire Water, the storage area project is part of an extensive programme of work that will reduce flood risk for 1,048 homes and 474 businesses along a 14km stretch of the River Aire upstream of Leeds train station.

This upstream programme, which is phase 2 of the wider Leeds Flood Alleviation Scheme (FAS), has been split into two steps and includes natural flood management across the River Aire catchment as well as new defence walls, embankments and a flood storage area.

Work on step 1, which is costing £87m, began in January 2020 and has involved building flood defence walls between Leeds city centre and Newlay. Landmark achievements to date include the successful raising of Milford Place footbridge and, in April this year, the installation of sheet piles near the Home Office site on Kirkstall Road. The latest progress can be viewed here https://youtu.be/eMlJh-HJmpg.

The plans approved today relate to step 2, which is set to cost around £25m and involves the creation of the flood storage area between Horsforth and Rawdon as well as new flood defences at Apperley Bridge in Bradford.

The flood storage area makes use of an existing flood plain and will be operated by a control gate system. This means that water can be held when river levels are high and then released back into the river when it is safe to do so. As part of this work, new habitat and wildlife areas will be created which will bring additional biodiversity and environmental benefits.

The proposals for Apperley Bridge involve built defences such as flood walls, embankments and a surface water pumping station and are being considered for planning approval by Bradford Council.

Phase 2 of the Leeds FAS will reduce flood risk to a 0.5% probability of occurring in any given year (1 in 200 probability), including an allowance for climate change until 2069. This level of protection will guard against a similar event to the Boxing Day floods in 2015, which cost Leeds an estimated £36.8m and the city region more than £500m.

The development of the proposals has been underpinned by in-depth research and surveying, as well as consultation with local residents, businesses and landowners.

Due for completion in summer 2023 with the help of delivery partners BMMjv (a BAM Nuttall Ltd and Mott MacDonald joint venture) and Aecom, the phase 2 measures represent an overall investment of £112.1m in improved flood protection for homes and businesses.

Today’s decision means that construction work on the latest stage of the Leeds FAS can begin as early as this summer. Preparatory work, including the laying down of an access track for the flood control building and flood storage area, will start immediately.

Phase 1 of the Leeds FAS was completed in 2017 at a cost of £50m, with its key elements including state-of-the-art moveable weirs at Crown Point and Knostrop that can control river levels.

"I’m really pleased to see this next stage in Leeds's flood defences has been approved. We can all remember shocking scenes of our communities under water and this new flood storage area is another example of our commitment to providing at-risk communities the protection they need.

“By building our resilience to climate change, our city will be in a much better position if the worst should happen. I’m looking forward to seeing these plans become a reality over the coming year.”

“This is a significant milestone for this ambitious project, which is one of the largest flood risk management schemes in the country. We’ll continue to work at pace with our partners to deliver better flood protection for people, businesses and homes and make them more resilient to climate change.”

Taking shape as part of the Leeds FAS is a flagship Natural Flood Management programme that will include the creation of new woodland, moorland restoration work and a number of other interventions.

15,000 trees were planted in March this year in Keighley, part of a larger target of planting up to two million trees in the Upper Aire catchment.

This also forms part of the council’s White Rose Forest Strategy for Leeds, an ambition to increase tree cover in the Leeds district from 17% to 33% over the next 30 years. 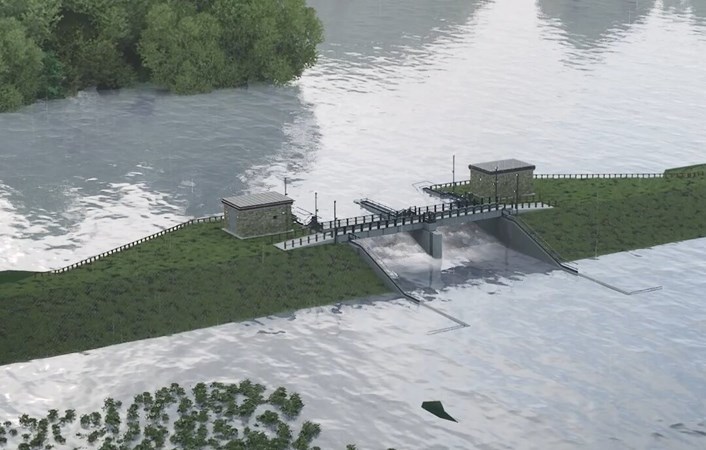