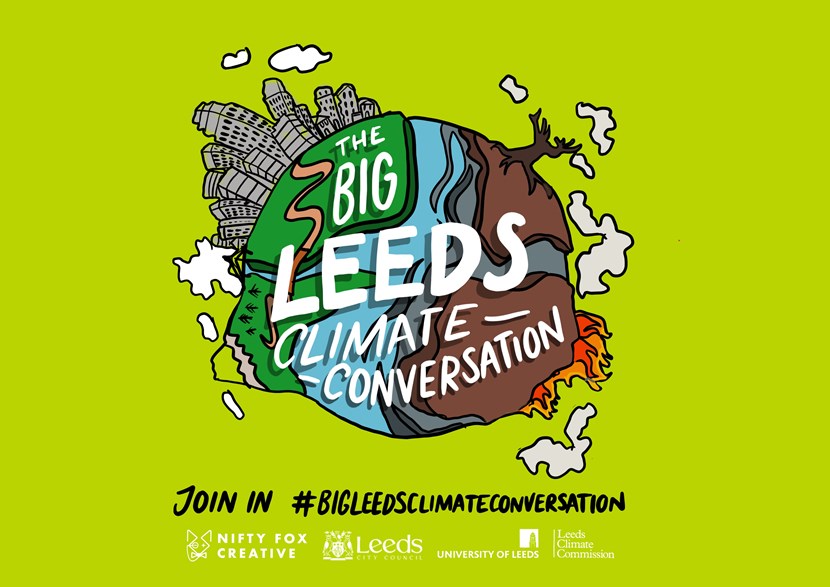 Leeds City Council and the Leeds Climate Commission have kicked off a three month consultation on climate change at a packed launch event held at the University of Leeds last night.

The Big Leeds Climate Conversation aims to raise awareness of the need to tackle climate change, find out whether individuals are willing to take action, and explore what residents think about a number of bold ideas to cut emissions.

Ultimately, the Big Leeds Climate Conversation will help develop a citywide plan to work towards becoming a carbon-neutral city by 2030 following the council’s climate emergency declaration earlier this year.

Residents can take part in an online questionnaire or have a conversation about climate change in person. Council officers, members of the Leeds Climate Commission and volunteers will have a presence at a number of events and meetings held across the city as part of the campaign.

A report summarising the findings of the conversation and an action plan arising from it will be presented to the council’s Executive Board in December.

“Tackling climate change is the greatest environmental challenge we face but it is also an unprecedented opportunity to improve our quality of life and transform our city.

“We have already declared a climate emergency and we are working towards becoming a carbon neutral city. But this won’t be possible without widespread support from residents, communities and businesses.

“The Big Leeds Climate Conversation is a fantastic opportunity to build that support and engage with every community in Leeds. We need permission from the citizens of Leeds to make these significant and substantial changes to the way our city works and I would urge every resident to use this opportunity to shape the future of the city they live in"

“Our job as an independent Commission is to draw people and organisations together, to build capacities for action, to present evidence on what we can do and to review the progress we’re making.

“We know that significant changes are needed to get to carbon neutral, but it’s crucial that we have a license from the people of the city for the changes that need to be made. The Big Leeds Climate Conversation is a crucial step in the process of developing that license. We want people to tell us what kind of transition they want and how it should be delivered.

“That will then guide our actions on climate change for the next ten years. It’s vital that people across the city feel that the low carbon transition is something that is being done by them or with them, rather than to them’.

More information about Leeds City Council’s work to tackle climate change can be found at: www.leeds.gov.uk/climate.

Residents can participate in the online questionaire at: www.leeds.gov.uk/climateconversation.

Becoming a carbon-neutral city won’t be possible without widespread support.

For that reason, the Big Leeds Climate Conversation encourages residents to share their views about the climate emergency and asks what actions, if any, they will be willing to take over the next 12 months to reduce their individual carbon footprints.

According to the World Wild Fund for Nature (WWF), the average person in the UK is directly or indirectly responsible for around 13.5 tonnes of greenhouse gases every year.

Respondents to the questionnaire are asked about actions themed around five broad categories that the campaign will focus on:

The Big Leeds Climate Conversation will also test public support of a number of bold ideas put forward by the council that would each help to significantly reduce the city’s carbon footprint, including:

Following a series of speeches and interactive breakout sessions, the sold out launch event last night brought together 11 of the city’s key organisations for a town-hall style Q&A independently chaired by UK100’s Polly Billington.

At the event, the council also announced a new £150,000 fund to help employers in Leeds support sustainable travel and help reduce emissions.

The fund aims to tackle air pollution and protect the health of everyone in Leeds by allocating grants to the best proposals submitted that will reduce the use of diesel or petrol vehicles amongst staff, service users or other third parties.

Proposals will be scored based on how they will benefit air quality within Leeds, the longevity of these benefits, and value for money.

Businesses, organisations and consortiums can propose any scheme that would reduce the number of journeys using a diesel or petrol vehicle or replace them with cleaner vehicles.

However, the council has suggested that ideas for potential schemes proposed by organisations could include:

The funding competition will be open to applications until August 6 and is part of the council's work to improve air quality prior to the introduction of the Clean Air Zone. More information can be found at: www.cleanairleeds.co.uk.

"Tackling air pollution and becoming a carbon-neutral city are two issues that we know many residents care passionately about.

"Every morning, more than 60,000 people drive alone into Leeds--many on their way to work. This creates congestion, worsens air pollution and accelerates the effects of climate change.

"Whilst Leeds City Council is investing in the city's transport network to make it easier to leave the car at home, we also believe that employers also have an important responsibility to help.

"This fund is a fantastic opportunity for employers to implement schemes that have many benefits. As well as helping to reduce emissions, we hope that this fund will be used to give workers greater flexibility in how they travel.”

Following the popularity of Clean Air Day, Cllr Lisa Mulherin also announced the council’s plans to help deliver a series of eleven community-led car free days in different areas of the city over the next year.

Roads in Otley, Headingley and Hunslet and Riverside will be closed on Sunday 22nd September this year to celebrate World Car Free Day.

Plans for the remaining car free days will begin to be developed at meetings of Leeds’ ten community committees later this year. 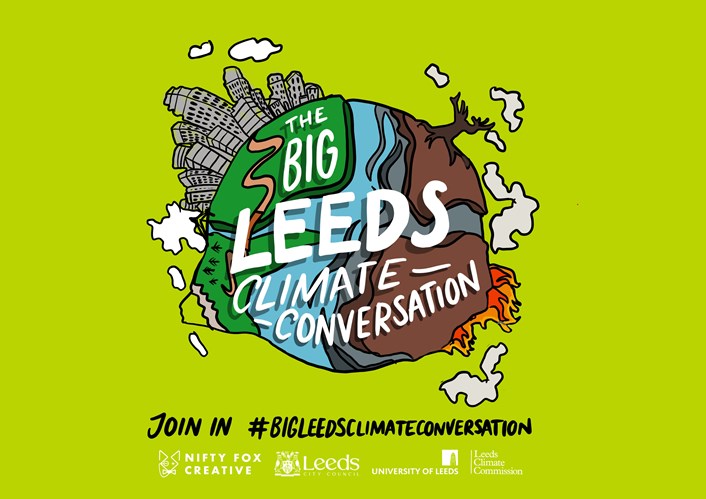