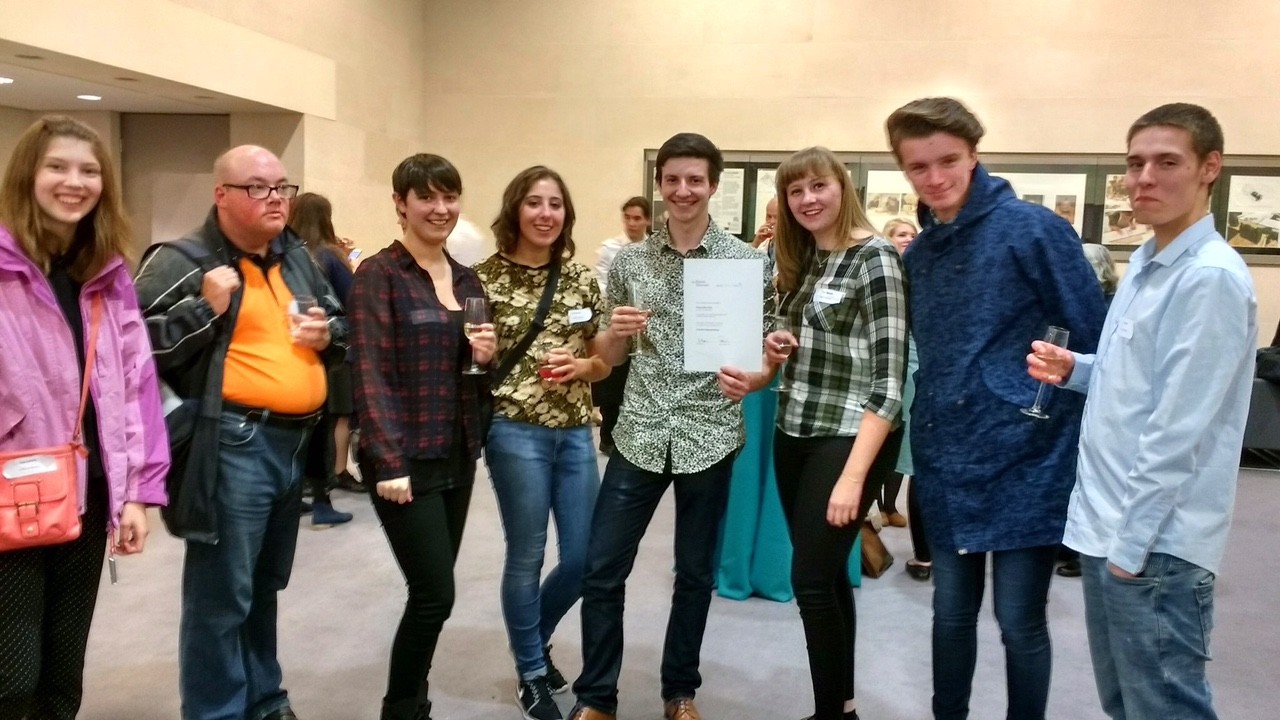 A dedicated group of young history-lovers who curated a moving exhibition exploring the impact of the First World War have won a prestigious award.

Leeds Museums and Galleries’ Preservative Party, a group of young volunteer curators, scooped the Marsh Award for Museum Learning for the Yorkshire region at a special ceremony at London’s British Museum.

The group, all aged 14-24, work alongside museum staff on different projects as well as researching the history of objects from the Leeds collection.

They curated Leeds City Museum’s hugely successful In Their Footsteps exhibition, which examines the devastating toll the First World War took on people living and working in Leeds as well as those who left the city to fight on the front lines. The exhibition has already had more than 22,500 visitors.

Running until January 8, 2017, In Their Footsteps looks at how the conflict affected local civilians, soldiers, nurses and industrial workers and the many ways the Great War changed the course of so many lives in Leeds.

Ruth Leach, curator of exhibitions at Leeds City Museum, said: “We are so immensely proud of the Preservative Party and of the incredible work they have done to make In Their Footsteps such a big success.

“It’s wonderful to see a group of young people with so much passion and respect for history, and that enthusiasm really comes across in the exhibition and the way in which is deals with a very sensitive subject in a such a fascinating, engaging and relatable way.”

The British Museum and the Marsh Christian Trust have been working in partnership for the seventh year for the Volunteers for Museum Learning award, which aims to recognise the contribution volunteers make in helping museums engage with their visitors.

The Volunteers for Museum Learning award is part of programme of awards presented by the Marsh Christian Trust in the fields of science, ecology, conservation, heritage, literature and volunteering.

Councillor Brian Selby, Leeds City Council’s lead member for museums and galleries, said: “Winning this prestigious award is a huge endorsement of the work of our Preservative Party and fitting recognition for their tremendous efforts.

“The impact which the First World War had on the people of Leeds should never be forgotten and the thanks to the dedication and commitment of these young people, a whole new generation has had the opportunity to learn about and reflect on a conflict which changed the course of so many lives.”

Entry to Leeds City Museum is free. For more details on In Their Footsteps, visit www.leeds.gov.uk/footsteps