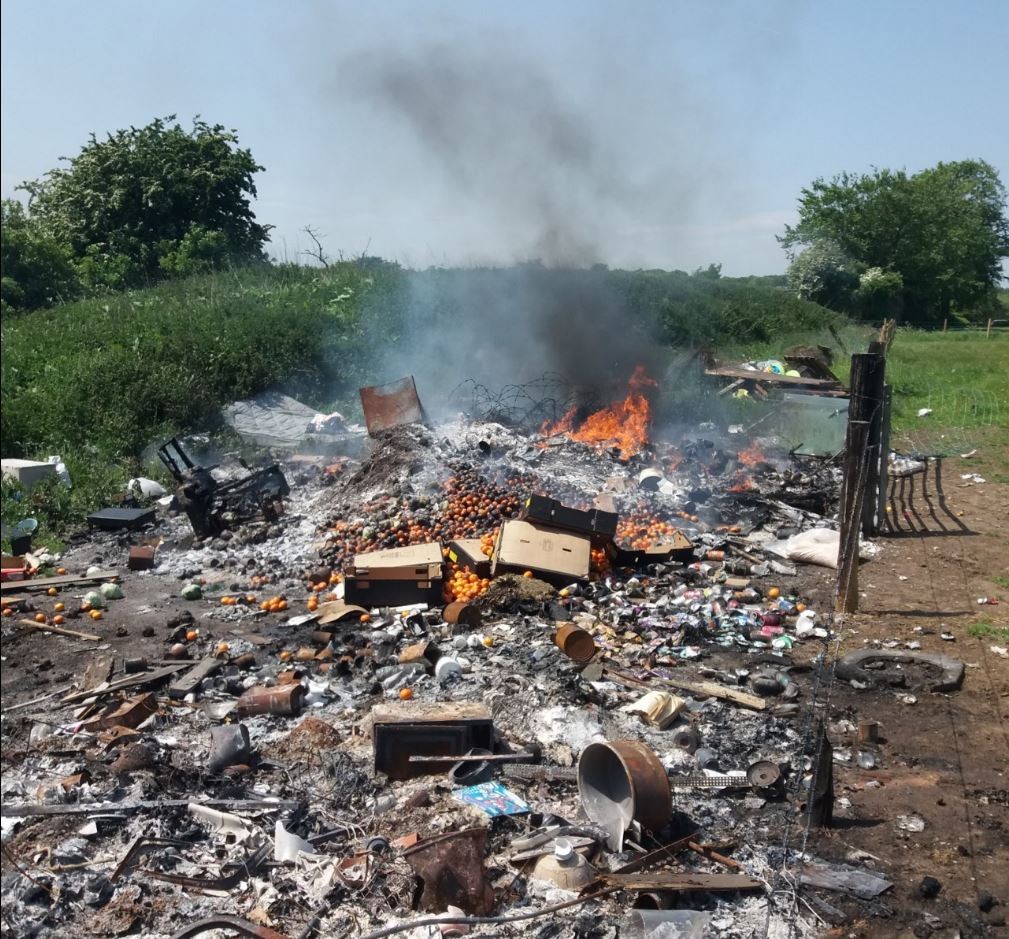 A Leeds businessman has been fined almost £11,000 after a fire which sent a plume of dense black smoke across the skies near Leeds Bradford Airport.

Jerome O’Malley – who operates the Airport Car Boot Sale in Yeadon – appeared at Leeds Magistrates Court to face two charges of fly tipping and a charge of fly posting.

The court heard that O’Malley twice set fire to waste from the car boot sale in March and April 2018. Officers were called to investigate after a report that smoke was affecting road users on A658 Harrogate Road and the nearby Leeds Bradford Airport approach.

Over the course of the next 2 weekends, Environmental Enforcement Officers from the Council’s Cleaner Neighbourhoods Team visited and found a large pile of waste in a sectioned off corner of the field. The waste contained fruit and vegetables, furniture, pop cans and other items.

O’Malley had also previously been served with a legal notice to remove a large number of banners and signs advertising the car boot event in various locations across Leeds. He failed to comply with the legal notice by removing the illegal advertising - committing an offence under the Highways Act 1980 and the Town and Country Planning Act 1990.

“Our message is clear: we will not tolerate illegal fly tipping, fly posting and environmental crimes of any kind.

“We’re actively pursuing perpetrators and will take all action available to us to prevent this irresponsible and illegal behaviour which can be punished by heavy fines.”