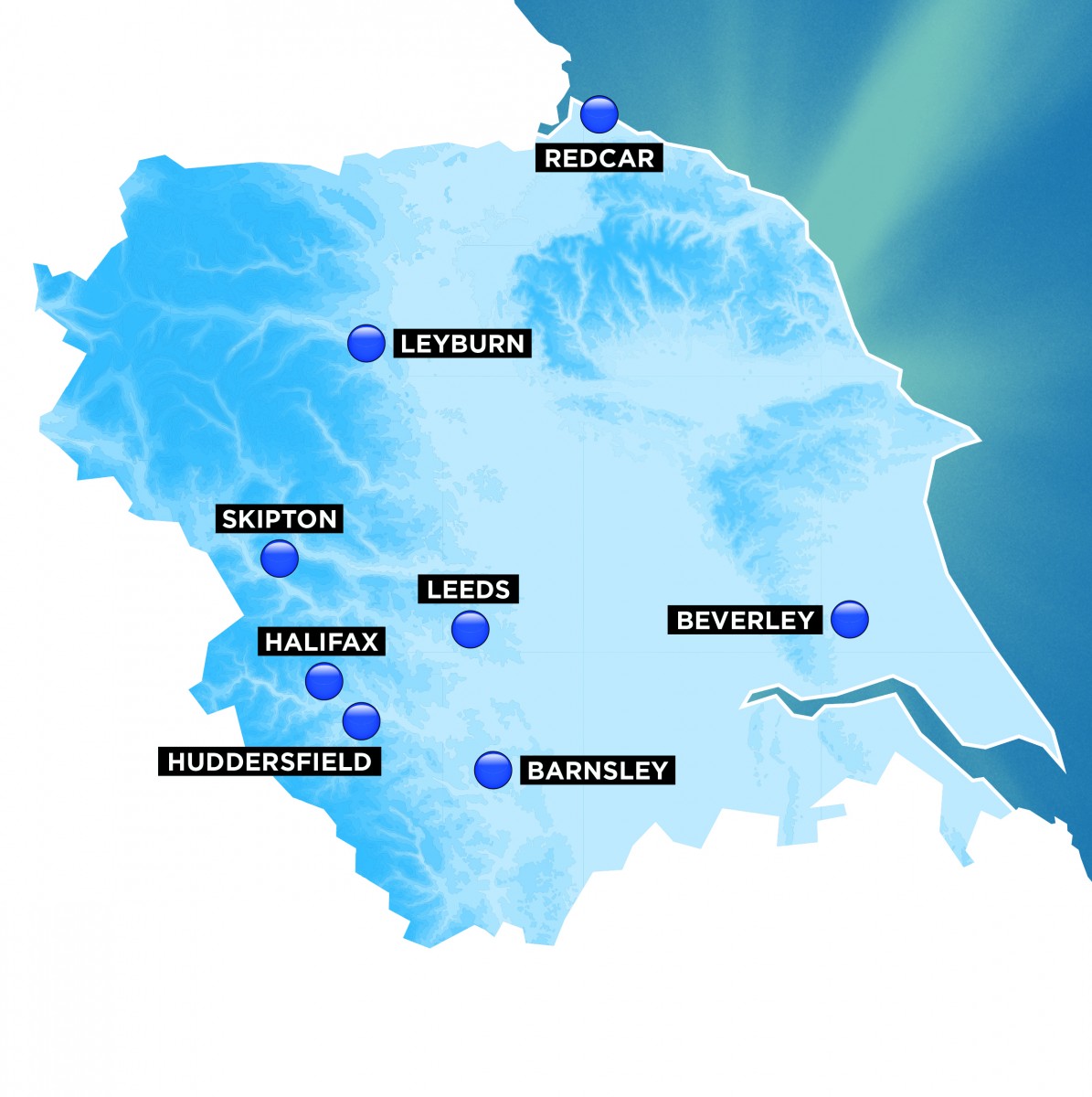 The eight host locations for 2020 Tour de Yorkshire have been unveiled by organisers Welcome to Yorkshire and the Amaury Sport Organisation (ASO).

The stages for the sixth edition – which will take place next year between Thursday 30 April and Sunday 3 May – will either start or finish in:

This is the third time in succession Barnsley has been chosen as a host location. The town also featured during the very first Tour de Yorkshire in 2015.

Both the 2016 and 2018 editions started in Beverley and the town was also the main start location for the Yorkshire 2019 Para-Cycling International which preceded the UCI Road World Championships in September.

Halifax has been a start location for the final stage of the last two editions and this will be the fourth time in total it has featured on a Tour de Yorkshire route.

This will be the very first time the Tour de Yorkshire has visited Huddersfield, although the second stage of the Tour de France did pass through in 2014.

Three of the last five editions have concluded in the city which has also hosted race starts as well; both the 2014 Tour de France and World Championships’ Elite Men’s Road Race commenced from here.

Leyburn is making its first appearance as a host location, although the riders received a rapturous reception when the Tour de Yorkshire passed through in 2018, just as the Tour de France did in 2014. The UCI Road World Championships also made two visits here in 2019.

Another new host location for 2020, Redcar will be the most northerly location the race has ever visited.

The Tour de France, 2019 UCI Road World Championships, and three previous editions of the Tour de Yorkshire have all visited Skipton but the town has never hosted a previous stage start or finish.

Further details on the host locations can be found in the 2020 Tour de Yorkshire Press Kit: https://yorkshire.box.com/v/2020TDYPressKit

The locations were revealed by Welcome to Yorkshire’s Commercial Director Peter Dodd at a press conference at organisation’s headquarters in Leeds on Friday morning.

Also confirmed was that the 2020 Tour de Yorkshire will form part of the inaugural UCI ProSeries, and its new 2.Pro classification remains the highest-possible status for a multi-day race outside of the UCI WorldTour.

“It’s absolutely fantastic that Leeds has been chosen once again to host a stage of next year’s Tour de Yorkshire and an honour to be welcoming back the race that launched our year of World Class Sport in 2019.

“Each year this exciting sporting event gets bigger and better and helps to put our region firmly on the map, both nationally and internationally. I’m sure communities across Leeds will create another brilliant and unforgettable atmosphere when the tour arrives again next year.”

“It’s always exciting to unveil the host locations for the Tour de Yorkshire and this year is no exception. We’re delighted Huddersfield, Leyburn, Redcar and Skipton will each be making their debuts as we’re always striving to bring our race to new parts of this great county.

“The other locations have already proven themselves as more-than-worthy recipients and we cannot wait to revisit them as well.”

Christian Prudhomme, Director of the Tour de France at the A.S.O, said:

“The Tour de Yorkshire is a true success story and it is now one of the best attended and most dramatic races on the cycling calendar.

“We are delighted to be working in partnership with such a great team at Welcome to Yorkshire and I know our eight start and finish locations will put on a real show in 2020.”

Photographs from the press conference (please credit to SWPix.com) will be available for download here: https://yorkshire.box.com/v/Nov22ndPhotographs

• The men’s race will form part of the inaugural UCI ProSeries.

• The 2019 edition generated £60 million for the Yorkshire economy.

To apply to be considered as a Tour Maker visit http://letour.yorkshire.com/tour-makers