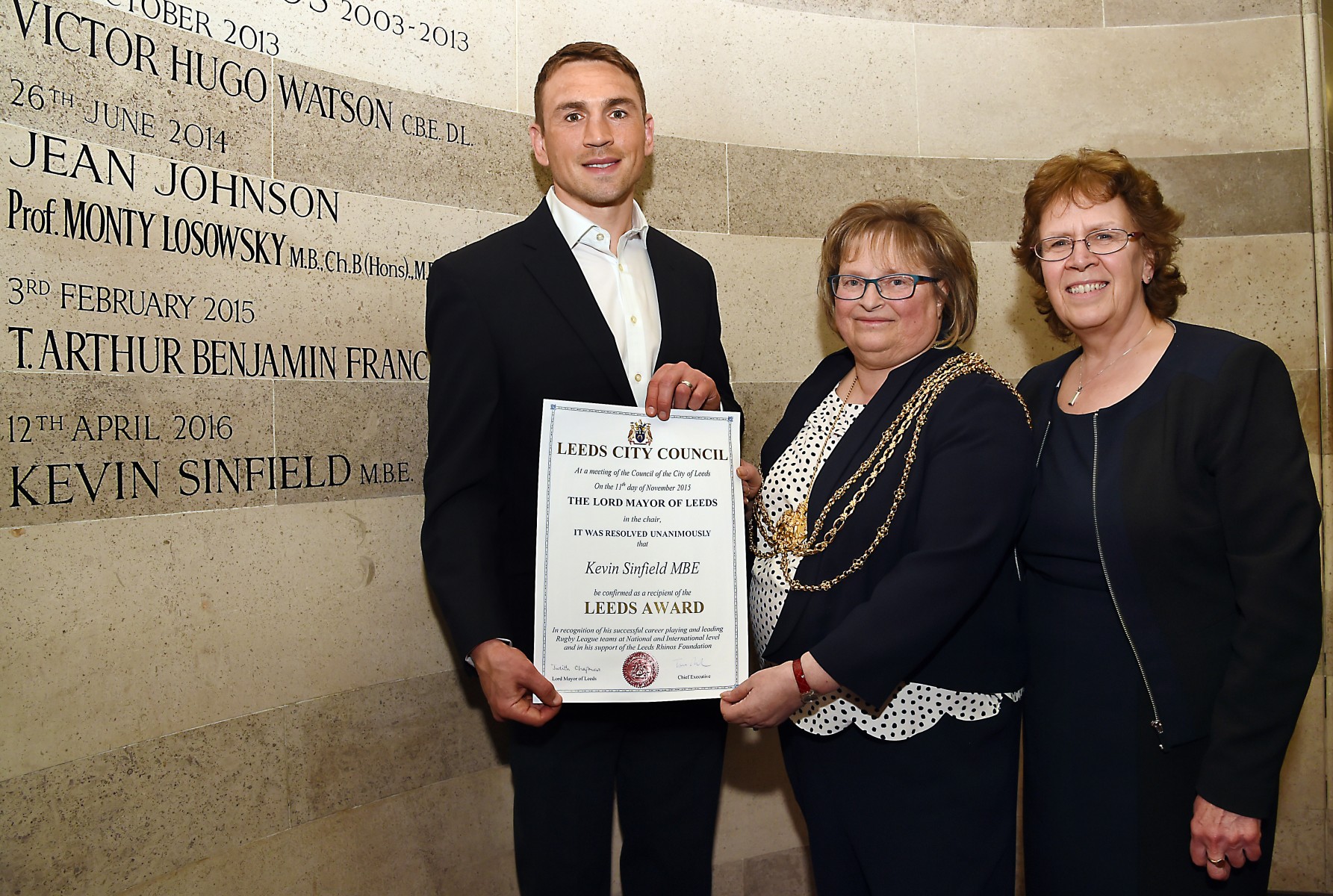 In a special ceremony held at Leeds Civic Hall, ‘Sir Kev’ as he is affectionately known by many Rhinos fans was recognised for his fantastic contribution to the game and to the city with the ‘Leeds Award’, which was presented by the Lord Mayor, Councillor Judith Chapman.

Kevin, who was made captain of the club at the age of just 22, was surprised with the accolade by the leader of Leeds City Council Councillor Judith Blake at a special city dinner marking the historic treble by the Rhinos last season. This week’s event was a chance for the 35-year-old to collect his award in person and see his name written on the hall of fame ‘Leeds Award’ wall.

During an illustrious 18-year career, Kevin, who led the Rhinos to seven Super League titles, two Challenge Cups, and three League Leader’s shields also scored close to 4,000 points for the Headingley side before announcing a move late last year to rugby union and Leeds Carnegie.

Capped 14 times by Great Britain and 27 times by England who he also skippered, Kevin also claimed the prestigious 2012 Golden Boot which is an award for the best rugby league player in the world.

During his time in Leeds, Kevin has also been a tremendous role model to both young and old, and continues to add his support to a range of community projects, campaigns and initiatives in the city.

“It was a real honour to welcome Kevin to the civic hall and be able to present him in person with the Leeds Award which is richly deserved.

“Kevin’s achievements in rugby league and especially for the Rhinos are well known, but it is also his work outside the game, and his outstanding personal qualities that made him such a stand-out candidate to be given this accolade.”

“Kevin is an exceptional role model who has contributed massively not just to the game of rugby, but also in such a positive way to the city of Leeds during his truly outstanding career.

“It was only right therefore that as a city we acknowledged Kevin’s immense contribution, which is why last year support was unanimous when his name was first mentioned for a Leeds Award. As I said at the time when the award was announced, Kevin simply is the epitome of what you want a sportsperson to be, and a real inspiration, especially to our young people.”