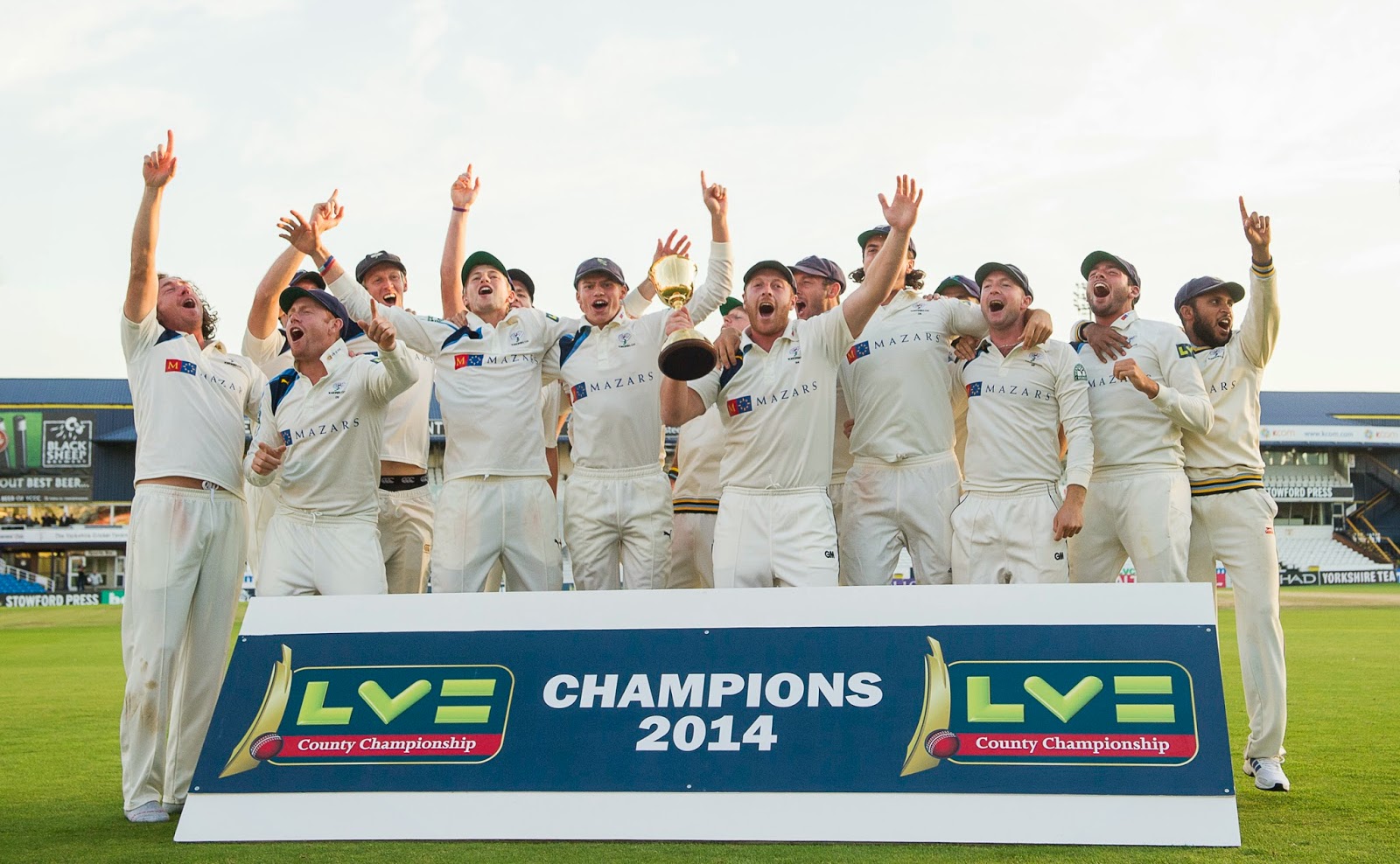 Caption:Yorkshire County Cricket Club, one of the nominees for Team of the Year.

ISSUED ON BEHALF OF BANANA KICK

The 2015 Leeds Sports Awards finalists were announced today and there’s no doubt that this year will have to go the distance to surpass what an amazing year it was for this talented sporting city.

Not only did 2014 see unrivalled success at the Commonwealth Games for our Leeds athletes and the unforgettable Tour de France Grand Depart, the year has also seen a record-breaking number of Leeds Sports Awards Nominations, with 273 entries put forward.

After much discussion, the judging panel have now whittled the vast number of nominees down to the shortlist of finalists. They will all be looking forward to the awards dinner at New Dock Hall in Leeds, on Thursday March 5.

The awards, now in their 12th year, celebrate the inspirational achievements of the city’s sporting stars.

“Choosing the finalists proved an incredibly difficult task this year in particular, mainly because of the breadth and depth of talent available to us as a result of the huge increase in nominations.

"There were so many strong contenders in each category, and reading through the citations we received made it clear just how much fantastic work is taking place in our city’s sporting community.”

“As title sponsor of the awards this year we are thrilled that our local stores have had an opportunity to recognise their own sporting hero.

"It will be a great night which will provide a chance to celebrate the often unsung heroes in our local communities who spend their own time and effort helping to make sport happen for those around them."

“The outstanding quality and amazing accomplishments of our nominees are a real testament to what an incredible year it has been for sport in Leeds.

“These awards give us a chance to recognise and reward some of the many people who contribute to making the city a centre of sporting excellence.

“Whilst it’s been a tough task to choose the finalists, I’m really looking forward to giving some of our athletes, coaches and unsung heroes the recognition they so richly deserve.”

Tickets for the awards dinner are still available, with prices starting from £30.

The awards are split into three categories Young Achievers, Senior Achievers and Special Contribution, and this year will see the introduction of the special Asda Sporting Hero award.

Junior Sportsperson U14 – In association with Breeze

Services to PE and School Sport

and administrators from the City of Leeds. Now in its 12th year.

where sport and active recreation are enjoyed by as many people as possible, and to give our city

sporting achievement, with contributions from not just athletes, but thousands of people from all

To find out more about the work Sport Leeds carries out, visit www.sportleeds.co.uk.

Established in 2008, the agency now employs 40 full-time staff and works with clients including

Asda are 2015 title sponsor of the Leeds Sports Awards. The retailer was recently voted Community

across the local communities to which they serve.

Award’. This award will be presented to an individual within the local community who is widely

recognised for their outstanding sporting contribution to the local community, whether it be through

volunteering, coaching or tireless work behind the scenes.

“Top evening at the @LeedsSport awards. Proud to be from such a great city.”

“Can’t believe I won disabled sportsperson of the year @LeedsSport would like to thank everyone for their support :D”

“Hugely proud of John Ahm and his outstanding service award @LeedsSport thoroughly deserved for a lifetime commitment to sport in the city.”

“You see the awards such as the community based one and the disability awards and you just get inspired by people.”

“The event was top notch. From everyone at YCCC, congratulations on an inspiring night.”

“I was honoured to receive the Lifetime Achievement Award and particularly to share the occasion with Bernard Atha.”