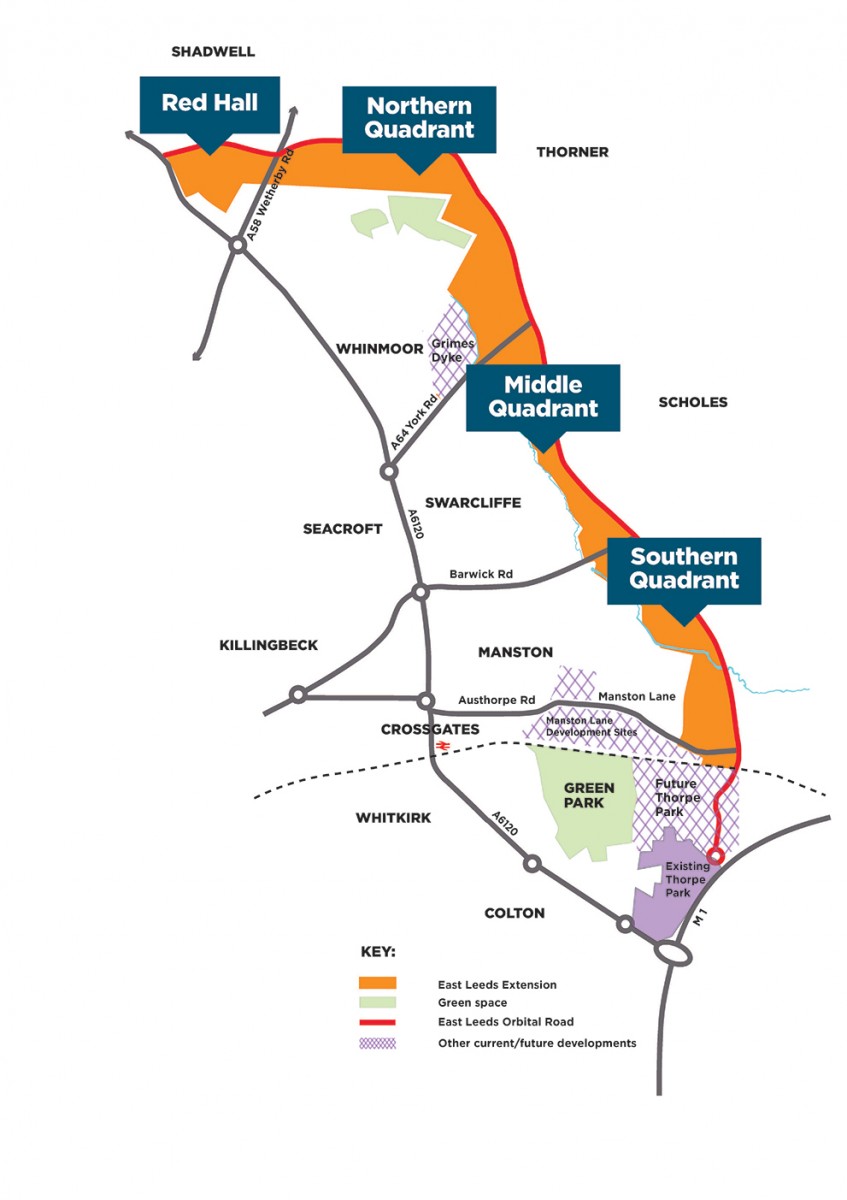 A public consultation is being launched next week on plans that will help provide 5,000 homes in east Leeds.

Leeds City Council is holding a number of community consultation events for people to view and comment on the East Leeds Extension (ELE), which is a large area of undeveloped land around the edge of Swarcliffe, Whinmoor and Crossgates identified for housing.

The public consultation, which will close on the 29 January, includes local area drop-in sessions and an on-line questionnaire.

At around 250 hectares, the ELE is the largest single site allocated for housing in the Leeds city region, bringing new homes, transport improvements, community facilities and economic investment.

The development includes a 7.5km dual carriageway road – the East Leeds Orbital Road (ELOR) - which will be built to support the housing and improve traffic movement in and around east Leeds. A number of other transport improvements are also planned in the area to make it easier for pedestrians, cyclists and local traffic.

“The East Leeds Extension will provide much needed homes to support the city’s growing population. It will bring investment and jobs to east Leeds and boost the economic growth of the city as a whole.

“We are asking local people and interested parties to come along to the information events to comment on the plans, identify the main issues and help influence the planning framework for this development.

“It is extremely important people have their say on a scheme which will change the future of east Leeds and play an important role in the city’s continued economic growth and regeneration.”

The results of the public consultation will inform the planning framework for the East Leeds Extension development ensuring it takes account of the needs of local businesses and existing communities.

The public drop-in events will be held throughout November and December at the following dates and venues:

People can also visit the Leeds City Council website at www.leeds.gov.uk/ele for more information on the East Leeds Extension and to take part in the on-line consultation questionnaire.

The main elements of the East Leeds Extension include:

In August 2015, it was announced that Legal & General had taken a 50% stake in the delivery vehicle for the site, Thorpe Park Developments Ltd, reportedly for an equity investment of £162m.