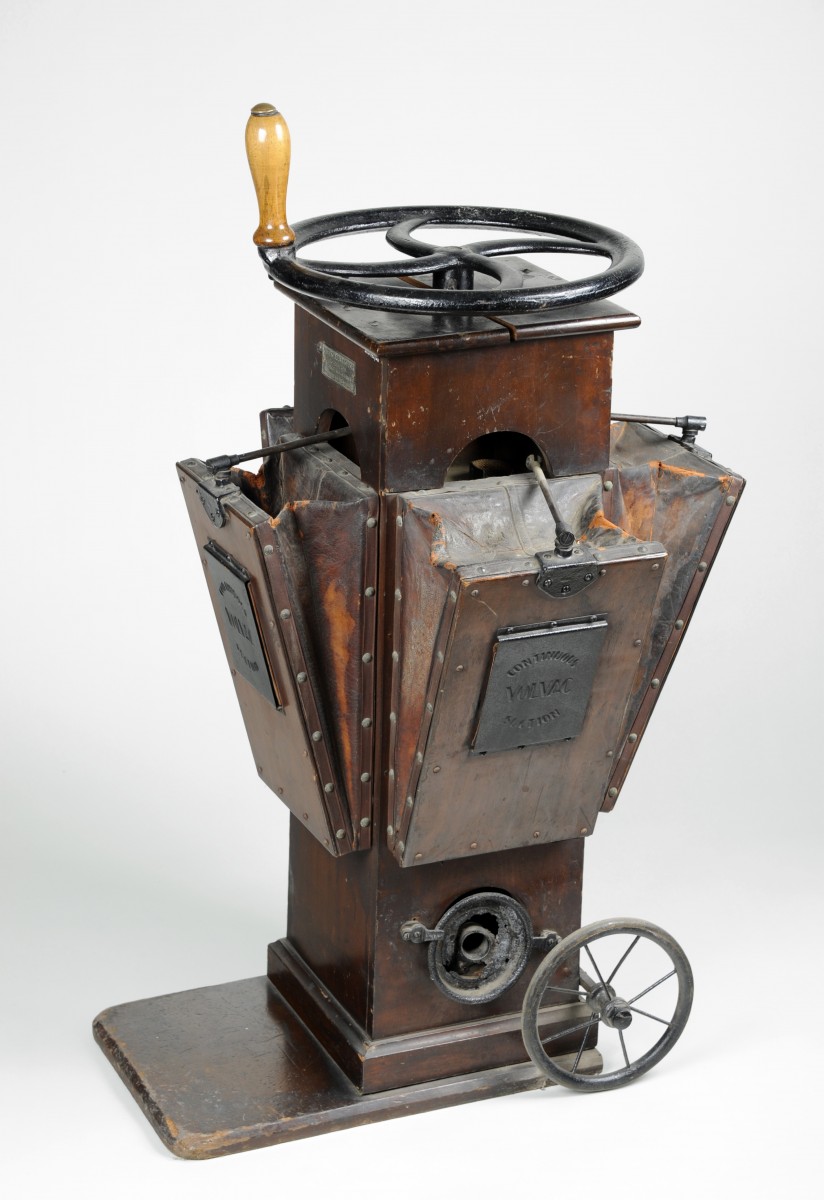 A strange and bulky-looking contraption, this odd machine was once the pinnacle of household cleaning technology.

The vintage vacuum cleaner was manufactured by Volvac and designed by David Edward Davies in around 1909.

Marketed as a revolutionary new labour-saving device, the early wooden model was operated with a steering wheel and is being displayed in Leeds as part of a new exhibition looking at the changing roles of women over the past 150 years.

A Woman’s Place? at Kirkstall’s Abbey House Museum marks the centenary of the first British women getting the right to vote as well as celebrating the quiet heroism of ordinary women.

Among the more modern exhibits on display are a boxing glove worn by the city’s Olympic gold medal winning boxer Nicola Adams and a Lego Women of Nasa set, which depicts prominent women astronomers, scientists and astronauts.

Also on display as part of A Woman’s Place? are illustrations by Jacky Fleming and a series of photographs of contemporary Leeds women, each holding a sign saying what their job is to illustrate the breadth of industries in which modern women work.

Younger visitors can also dress up as engineers, doctors and police officers.

Kitty Ross, Leeds Museums and Galleries’ curator of social history, said: “Today the struggle for women’s rights and equality is more prominent than ever and, while we doubtless still have a long way to go, we have women like those we are celebrating here to thank for paving the way.

“We hope this exhibition and their stories will encourage women and girls who visit to believe in themselves and to never let their own ambitions and achievements be limited by their gender.”