Object of the week- Spider-Man comic signed by Stan Lee 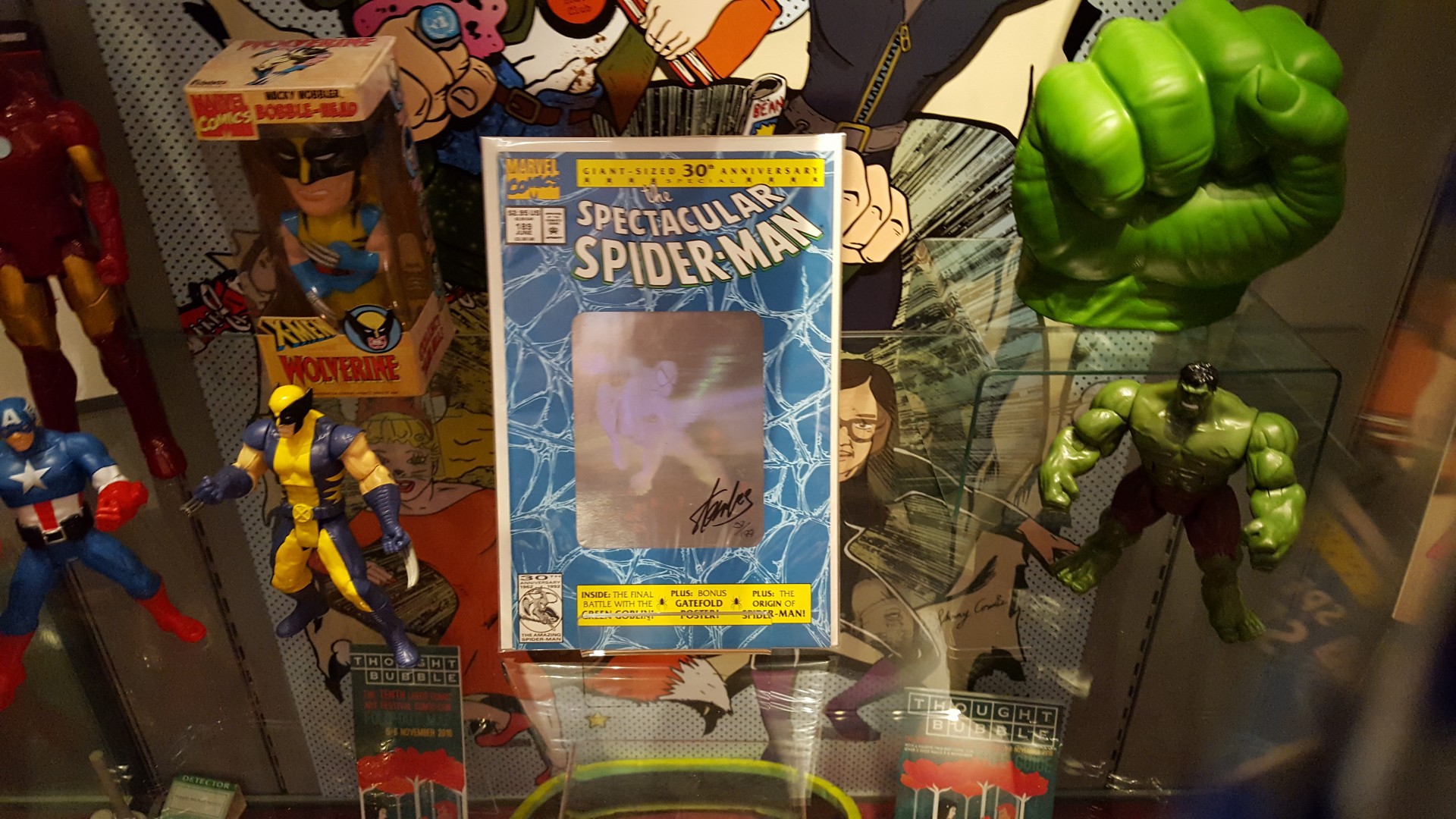 One of Marvel Comics icon Stan Lee’s most successful creations, costumed crime-fighter Spider-Man is also one of the world’s most recognisable super heroes.

An edition of the celebration comic is now on display at Abbey House Museum in Leeds as part of their current Comics Unmasked display- with this particular copy bearing the signature of non-other than Stan Lee himself.

A former president and chairman of Marvel Comics, he co-created characters including Spider-Man, the Hulk, Doctor Strange, the Fantastic Four, Iron Man, Daredevil, Thor and the X-Men.

The comic display also features exciting objects on loan from the public including Marvel and DC comics, graphic novels and figurines of famous characters as well as retro titles like Dan Dare, Dandy and The Beano.

The exhibition also looks at cosplaying- the popular performance art that sees people wear elaborate costumes and fashion accessories to look like a specific character.

Comics Unmasked has been put together by the museum’s Vintage Youth Club , a group of young people aged 13 to 21.

Councillor Brian Selby, Leeds City Council’s lead member for museums and galleries, said: “Comics are currently at the forefront of pop culture and they have a massive influence over some of the biggest film, TV and leisure activities that are enjoyed by millions of people from many different cultures and backgrounds.

“No doubt in future, comics will be looked at as part of our history and heritage so it will be interesting to learn more about how they have grown to become such a phenomenon and particularly what they mean to the people of Leeds.”

Comic Unmasked is open from Jan 21 until July 16.

For more details including activities linked to the display, visit: http://www.leeds.gov.uk/museumsandgalleries/Pages/abbeyhouse/Comics-Unmasked.aspx

Object of the week- Spider-Man comic signed by Stan Lee