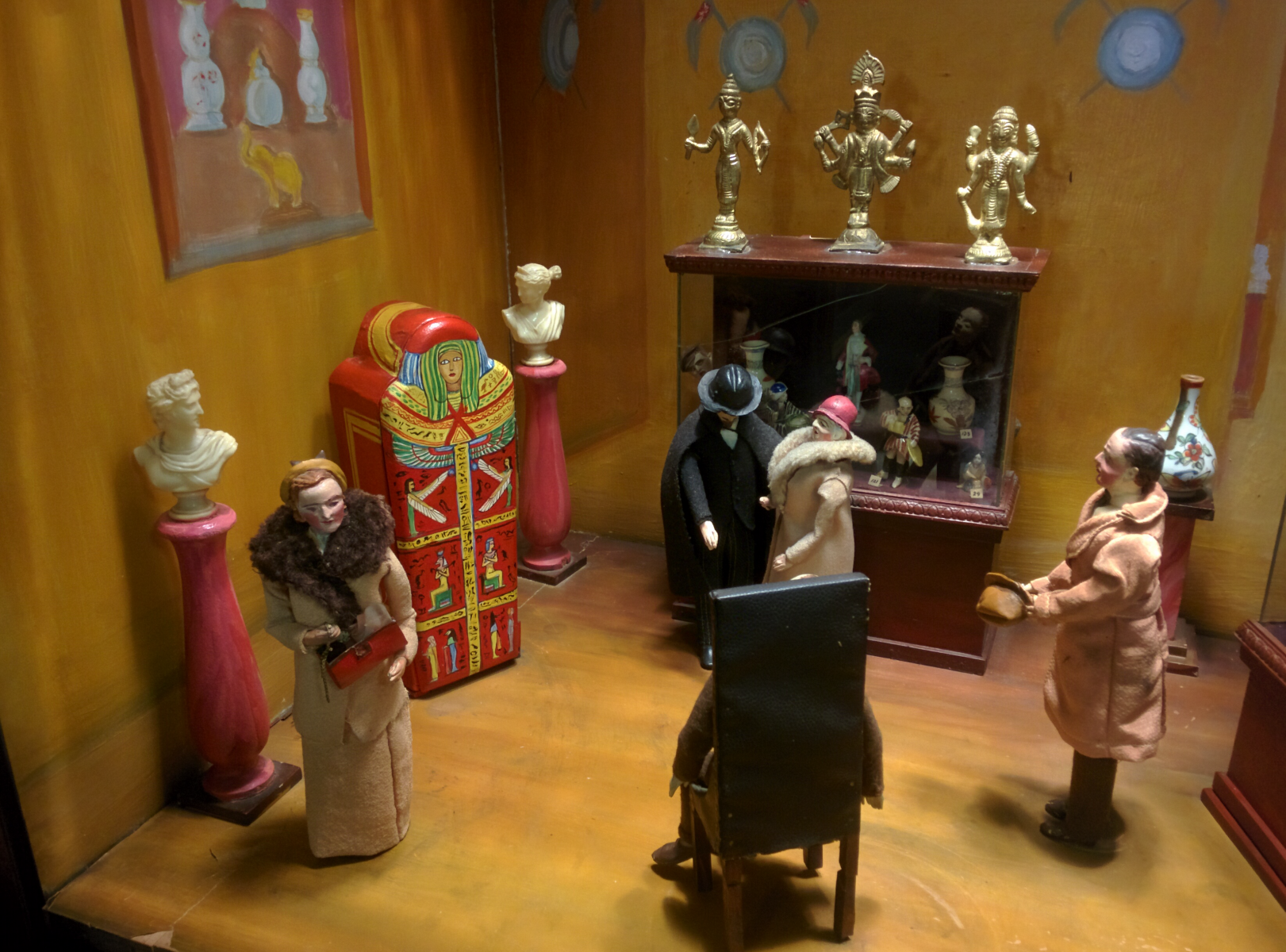 Generations of museum-goers have been captivated by the colourful and quirky murder mystery machine at Abbey House Museum.

Made in 1934, the fascinating penny slot machine, aptly named Murder in the Museum, features a cast of small automated models, including a woman with a large handbag, a man lurking behind a display cabinet and a man hiding inside an Egyptian sarcophagus.

The marvellous device is the work of Leeds sisters Alice and Eveline Dennison, who followed their father John into the family business by building similar machines and working dioramas for exhibitions, fairs and bazaars.

Alice had worked as a governess and then as a dress maker and was the inspiration behind many of the costumes worn by the models that feature in the family’s machines.

Her sister Eveline studied art and carefully crafted the models out of wood and clay.

The family originally operated out of Blackpool Tower, selling their machines to the Tower Company in 1944.

Kitty Ross, Leeds Museums and Galleries’ curator of social history, said: “The penny slot machines have always been one of our star attractions and Murder in the Museum is a firm favourite with adults and children.

“The machine is not only colourful and fun, it’s also a wonderful window onto a golden age of crime fiction, when these sorts of comic and macabre machines were the latest thing and helped to spark a fascination with grisly crime stories that still exists today.”