Object of the week- Megalodon tooth 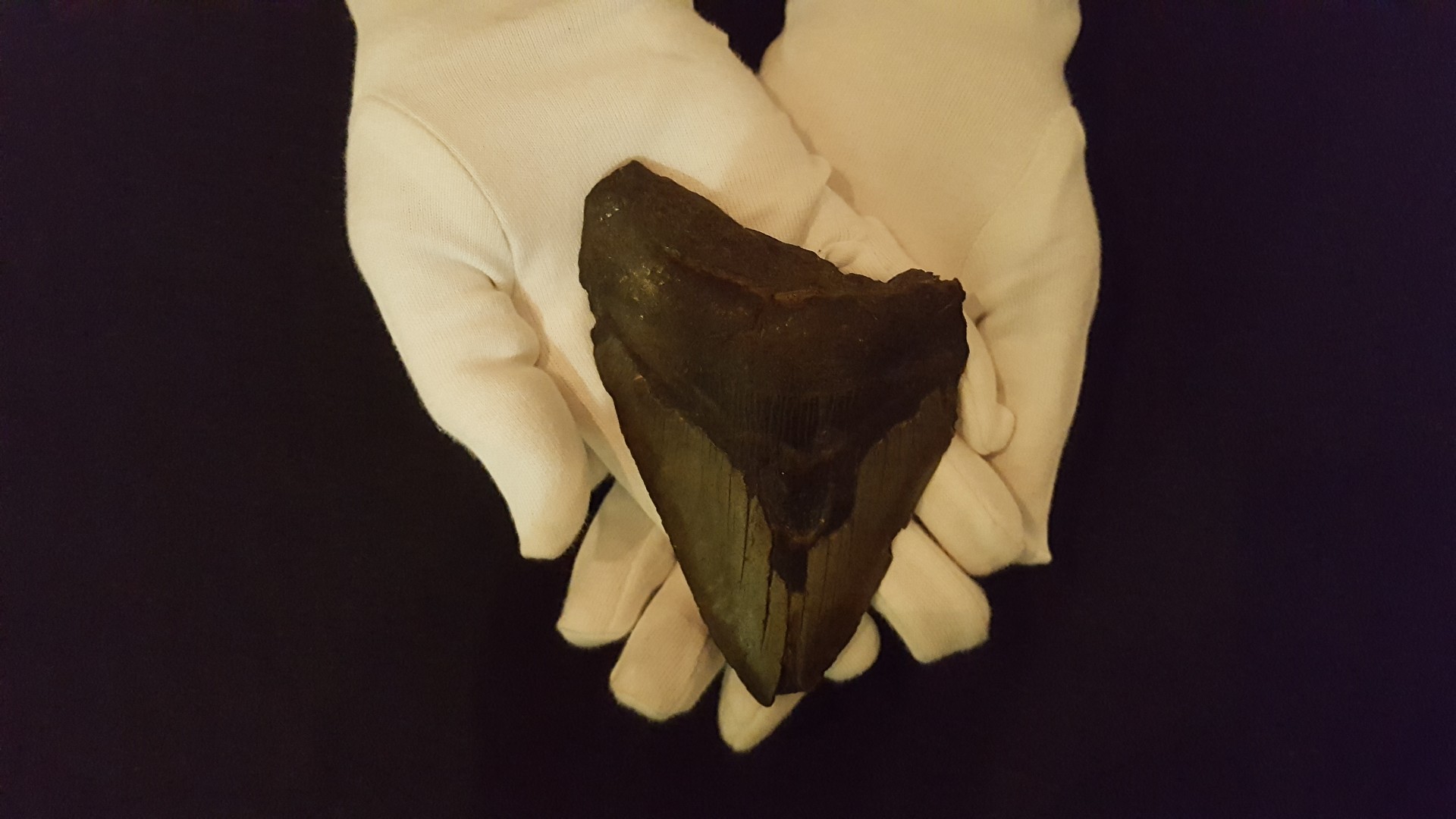 Bite Me!
The tooth of a gigantic Megalodon shark on display as part of the new Bite Me! displa

The 60ft long shark’s massive jaws were filled with five rows of more than 250 razor sharp teeth and the formidable predator had a bite which could exert a colossal 180,000 newtons of pressure- even stronger than the bite of Tyrannosaurus Rex.

With a diet mainly made of whales and other sharks, megalodon was one of history’s most formidable apex predators.

Now visitors to Leeds City Museum can get up close and personal with a real, fossilised megalodon tooth as part of a new display looking at some of the animal kindom’s most impressive biters.

Named after the ancient Greek for "big tooth”, large megalodons had jaws spanning roughly 3m and mature males may have had a body mass of 12.6 to 33.9 metric tons.

Shark bite researchers have estimated that megalodon’s awesome jaws were powerful enough to crush a small car- the strongest bite that has ever been formally estimated.

The huge tooth features in the museum’s new Bite Me! display, which also includes an impressive array of teeth, skulls and bones from modern mammals and reptiles as well as the fossilised remains of extinct creatures.

Bite Me! can be found in the Life on Earth Gallery and Leeds City Museum is free to enter.

Object of the week- Megalodon tooth