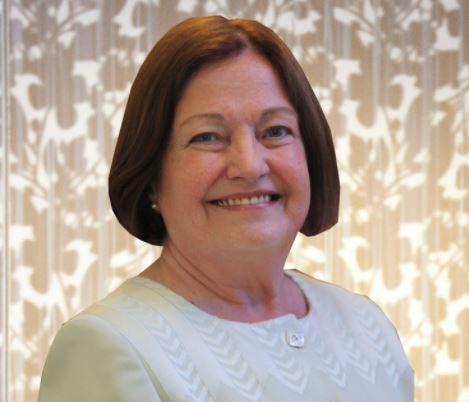 Issued on behalf of PeaceJam UK

A youth conference exploring community cohesion and peace education being held in Leeds for the first time later this month, will welcome a special guest, Nobel Peace Laureate Mairéad Maguire from Northern Ireland.

The two-day conference, which will be held at Leeds Trinity University, over the weekend of the 25th and 26th of November, has been organised by PeaceJam UK. It aims to welcome around 250 delegates including secondary school students from all over the UK. The educational peace programme uses the inspirational experiences of fourteen Nobel Peace Laureates to engage young people in social justice issues.

Mairéad Maguire and Betty Williams joined together to create the Community of the Peace People, to organise weekly peace demonstrations demanding an end to the violence in Northern Ireland. Mairéad Maguire and Betty Williams were jointly awarded the Nobel Peace Prize in 1977 for their efforts to bring peace to Northern Ireland.

Students attending the PeaceJam conference in Leeds will have the opportunity to learn from the inspirational experience shared by Mairéad Maguire, and will explore various themes including: identity, power, privilege, human rights, peace and conflict resolution in an increasingly complicated world.

Students will also be given the opportunity to work with local organisations and organise projects to create positive change in their community, as part of the One Billion Acts of Peace movement – a fundamental element of the academic PeaceJam programme.

“Instilling values of equality, peace and social justice in the next generation is a vital step to create the compassionate city we aspire to be, so we are very happy to be supporting this first PeaceJam conference in Leeds.

“The young people attending this conference will have a fantastic opportunity to hear from people who have really made a difference on an international scale – people who were willing to speak out and take action in the face of adversity.

“I’m sure many of the young people from Leeds will take what they learn from this conference and start making a difference in their own communities and beyond.”

This conference has been organised in partnership with the PeaceJam Foundation, Leeds Trinity University, Leeds City Council Children’s services and University of Leeds. There are plans to continue the conference annually in Leeds.

“Historically Leeds schools have engaged with PeaceJam ever since 2006 when the conferences were held at the University of Bradford. The PeaceJam conference in Leeds is an important milestone in further establishing the values of peace, equality and social justice in a city of sanctuary.

“Leeds will continue to host PeaceJam conferences which will further strengthen the partnerships between parents, community and voluntary sector organisations, the city council and the universities, through student led projects inspired by the PeaceJam programme. The involvement of all Leeds schools and universities is an integral part of the city’s journey to become the European City of Culture in 2023.”

To attend the conference, visit the PeaceJam UK website and follow the link to registration. Teachers must first register the school online before students can register individually. Students pay a fee of £60 which covers all activities, a t-shirt, breakfast and lunch on both days and dinner on the Saturday; accompanying adults attend for free. There are subsidized and funded places available for students on request and local Rotary clubs are also happy to be approached.

Notes to the editor

For any further information, please contact Rehana Minhas on 07500 665490 or on unitedkingdom@peacejam.org

PeaceJam is the only organisation in the world that works with fourteen Nobel Peace Laureates to create active citizens committed to finding nonviolent solutions to the world’s most pressing issues. PeaceJam’s transformational education programme, uses the inspirational experiences of Nobel Peace Laureates to inspire and develop young leaders, motivated to making positive change in themselves, their communities and in the world. PeaceJam itself has been nominated for the Nobel Peace Prize nine times.

Other points of interest