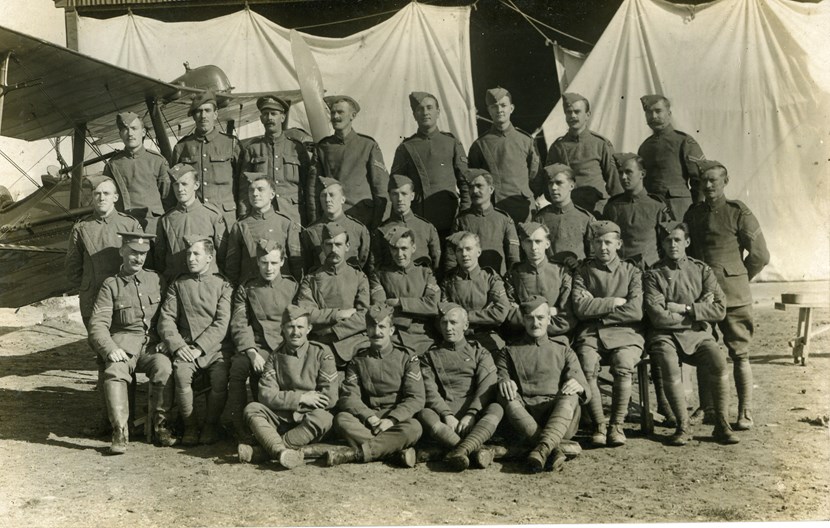 They were the daredevil Yorkshire pilots who courageously took to the skies during the historic air battles of the First World War.

Now the heroic exploits of local RAF servicemen are being celebrated in a new museum display put together by two young history enthusiasts.

Joe Enright, 18, and Callum Clarke, 19, both members of young curators group The Preservative Party, trawled archives and records to uncover the wartime stories behind a fascinating collection photos and medals now on display at Leeds City Museum as part of commemorations for the centenary of the RAF.

Among the daring airmen they researched, and who feature in the display, is William Rowland Ding, a test pilot for the Blackburn Aircraft Co.

He became something of a local celebrity during the First World War, when awestruck crowds would gather to watch him fly over Roundhay Park.

Tragically, he was killed during a routine test flight at Oakwood on May 12, 1917 while performing a series of loops which put too much strain on the wings of his Blackburn BE2c naval bomber.

A plaque in his honour was unveiled in Oakwood last year and a memorial propeller is on display in the museum’s Leeds Story Gallery.

Preservative Party member Joe said: “We chose to look at the RAF so we could shed some light on the subject and commemorate the soldiers who served in branches before and after its creation as its hundred year anniversary approaches.”

The life of a First World War airman was both dangerous and unpredictable, with the average life expectancy of an Allied pilot being just 17 hours of flying time.

That was partly due to new types of wooden-framed fighter planes, which had open cockpits and which would fly at up to 20,000 feet.

Among the other brave pilots and crewmen who rose to that challenge was Philip Leslie Holmes, from Chapeltown, who enlisted in 1909 and served with the Dorset Regiment, Yorkshire and Lancaster Regiment and also flew in the Royal Naval Air Service.

A ten year military career saw him awarded the Distinguished Service Cross for his efforts bombing an enemy submarine on April 23, 1917 while he was Flight Commander at R.N.A Station, Felixstowe.

He was also awarded the Allied Victory Medal and the British War Medal, with the latter on display at the museum for the very first time

Other local pilots who are part of the display include Sydney Gillat, originally from Sheffield, who was a member of the Royal Aero Club, where pilots trained, before he joined the Royal Flying Corps.

Awarded the British War Medal and Victory Medal for his services during the war, he later retired to Aberford, near Leeds.

Lucy Moore, Leeds Museums and Galleries’ project curator, who has worked with the young people on the display, said: “The typical image of the wartime pilot has been one of a dashing, carefree airman but, as this display shows, those who signed up to fly were more often average men from normal backgrounds who showed unimaginable courage and valour to climb into the cockpit and risk their lives day after day.

“We also shouldn’t forget the contribution of those who flew reconnaissance missions or hung in balloons photographing battlefields to gather intelligence and enable the accurate use of artillery.

“During this project, the Preservative Party have done some amazing work to reveal pilots’ remarkable stories and give both themselves and our visitors the opportunity to understand more about who those men were, where they came from and the extraordinary sacrifices they made.”

The new First World War RAF display can be found at Leeds City Museum on Millennium Square, which is open every day apart from Monday and is free to enter. For more detail, please visit: https://www.leeds.gov.uk/museumsandgalleries/leedscitymuseum

Schools wanting to find out more about how the First World War was fought in the air can visit http://www.mylearning.org/first-world-war-aviation/p-4774/ 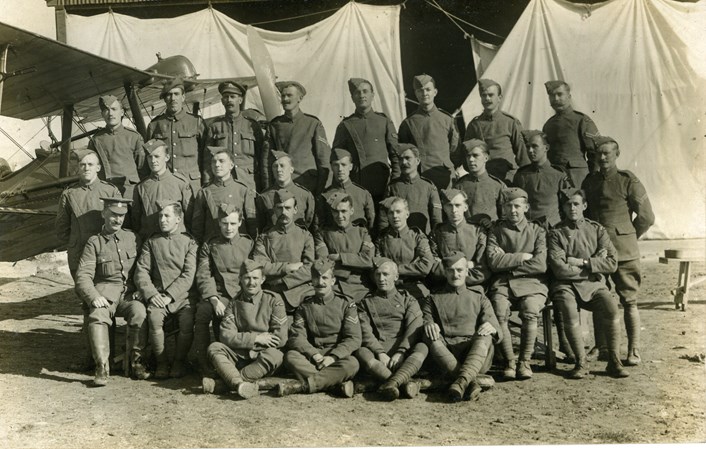