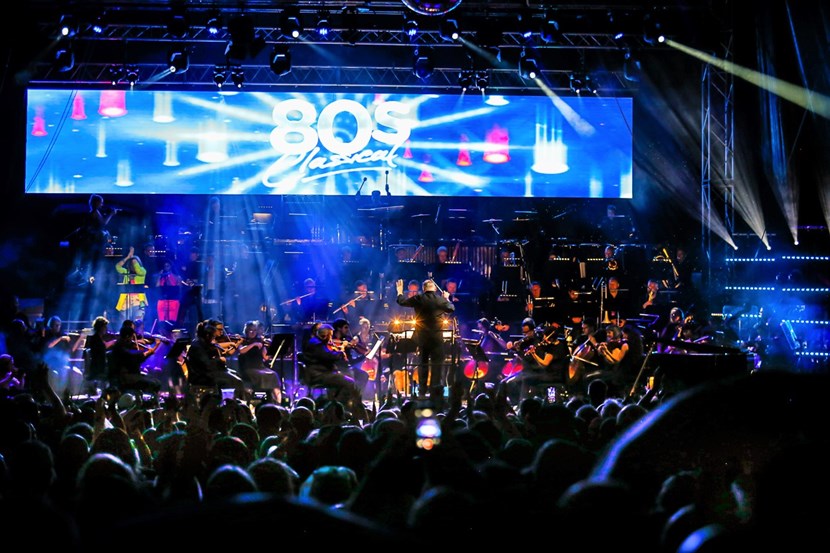 Yorkshire’s ‘Man in Motion’ John Parr, famous for the hit title song to the cult 80’s movie St Elmo’s Fire has today been announced as the final special guest performer at this year’s 80s Classical concert which takes place at Millennium Square on Friday 24 July.

It was Spring 1985 when John Parr received a call from one of the world's most successful record producers of the time, David Foster. Their title song for the Brat Pack film St Elmo’s Fire went on to become a huge Number One hit on the Billboard Charts, sound tracked a Ford Mustang ad, and returned to the cinema in 2018’s Spider-Man: Into the Spider-Verse.

Based in Doncaster, John has sold in excess of 10 Million albums and has toured with a number of acts on the road during his illustrious career including Foreigner, Toto, Tina Turner, Bryan Adams, Heart, Richard Marx and Journey. He has performed shows throughout the world, appearing on stages including Sydney Opera House, Madison Square Gardens and The Royal Albert Hall. As a producer, he owns one of the finest recording studios in the world - ‘Somewhere In Yorkshire’ where the main room is a thirty feet high, 300 year old William and Mary threshing barn.

Performing for the very first time in the UK with a live 60-piece symphony orchestra, John will be joining a stellar list of special guest artists on the second instalment of 80s Classical including; Jimmy Somerville, Belinda Carlisle, Go West and T’Pau singer Carol Decker along with the Orchestra of Opera North.

John comments: “It is such a thrill and a pleasure to be joining Jimmy, Belinda, Go West and Carol Decker together with the mighty Orchestra of Opera North for this amazing show right here in my home county of Yorkshire. Just the thought of performing one of my best-known songs alongside a 60-piece symphony orchestra sends tingles down my spine and I can’t wait to see the reaction from the audience - it is going to be a truly special occasion”.

Following a joyous reception for the world premiere performance in 2019, 80s Classical returns to the outdoor venue in the heart of Leeds for another spectacular symphonic reboot of the chart-topping sounds of this momentous decade, with the Orchestra of Opera North joined in person by the original artists.

A talented ensemble of backing vocalists, Bianca Claxton, Gavin Condor and Adetoun Anibi, will also be performing an array of crowd-pleasing 80s favourites including Journey’s Don’t Stop Believin’, Toto’s Africa and The Jacksons’ Can You Feel it, amongst many more. Liverpool based club & event DJ’s Sonic Yootha will also be returning for a second year to help get the party started in the lead up to the main performances and keep the crowd entertained during the interval.

The musical masterminds behind 80s Classical are composer and arranger Cliff Masterson and Musical Director Steve Anderson whose credits include Kylie Minogue, Emeli Sandé and Leona Lewis. “The 80s was such an amazing time for music and we’re absolutely thrilled that John Parr, a proud Yorkshireman, has now been added to the bill”, says Cliff. “St Elmo’s Fire is such a powerful and iconic song and to be able to add an epic orchestral score on top of the richness and beauty of the existing arrangement which everyone loves is incredibly exciting” adds Steve.

Tickets for the concert are priced at £33 (standing) or £39.50 for reserved seating (limited number) and are available to purchase online at www.millsqleeds.com, by telephone (0113 376 0318) or in person from the City Centre Box Office in Leeds Town Hall. Tickets will also be available from Opera North.

Doors for the event on Friday 24 July 2020 will open from 6.30pm with DJs from 6.45pm and the main performances from 8.15pm. A number of street food catering concessions together with a fully licenced multi-pour festival style bar will be available within the specially created outdoor arena. The venue is also fully accessible with a raised viewing platform, disabled toilets and a Changing Places high dependency unit. Full accessibility information and companion ticket details are available from the venue website or by calling the City Centre Box office.

80s Classical is part of a trio of special outdoor summer classical concerts organised in partnership between Leeds City Council and Opera North, and forming one of the key cultural highlights of the annual Millennium Summer Series programme. Further concert details are to be announced in the forthcoming weeks.

Hits include: Don’t Leave Me this Way, Never Can Say Goodbye, Heaven is a Place on Earth, Leave a Light On, We Close Our Eyes, King of Wishful Thinking, Heart & Soul, China in Your Hand and St Elmo’s Fire, plus many other 80s classics 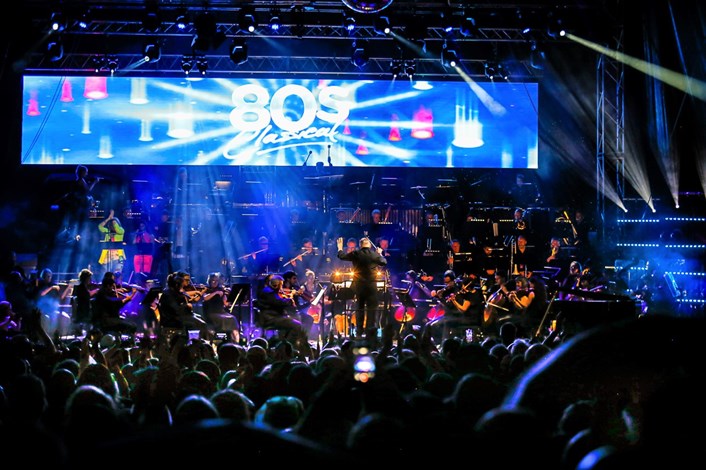