Following the success of the event moving to see all races start and finish in Roundhay Park in 2021, this year’s routes will once again see the park be the focal point of the weekend to create a festival atmosphere around the site.

The event provides the opportunity to compete on much of the same course as the world’s best athletes, with the tree-lined routes around the park providing a picturesque setting for the thousands of amateur athletes who will be on the start line.

Waterloo Lake is a familiar start point for the event, with tens of thousands of athletes having swum their way around the course since the first edition back in 2016.

The bike and run courses will utilise the roads and paths around the park and see participants make their way past iconic locations such as Mansion House, Barrans Fountain and Upper Lake.

The finish for all the races from GO TRI to World Triathlon Championship Series will be back near the lake, with the single finish line offering all participants the same experience throughout the weekend.

The unique experience of a blue carpet finish will provide a memorable moment for athletes whether they’re completing their first triathlon, represent the Great Britain Age-Group Team or competed in Tokyo last summer.

To go with the swim, bike, run at Roundhay, a range of food and drink concessions and entertainment will be on offer in the event village, once again making it the place to be having raced or cheered on a loved one to enjoy watching the best in the world battle it out.

TriStar 2 and 3 routes have been announced as part of the release, with entries for these races coming soon.

On the announcement of the routes, Andy Salmon, British Triathlon CEO, commented: “Roundhay Park is a great setting to be able to host swim, bike, run. The routes provide the chance to see a lot of what the park has to offer and, having it all within the same site, makes for a great atmosphere for both the participation and elite racing.

“Providing the same finish is fantastic because it helps to connect all levels of triathlon in the one weekend. We’ll have individuals completing their first ever event and elite teams battling it out in the exciting mixed relay all crossing the same line and we hope to see you there.”

Lindsay Impett, Event Director World Triathlon Championship Series Leeds, said: “From start to finish, the routes will show participants the best of Roundhay Park and our team have done a great job in mapping them out.

“With what’s being planned for the event village and the chance to watch elite racing on both days, there’s also the opportunity to enjoy the park and be part of the weekend whether you’re taking part or not.”

“We are delighted to once again be hosting the World Triathlon Championship Series Leeds. This is one of the biggest and best events in the city’s calendar and we hope as many people as possible get involved, whether that’s by taking part or spectating.

“Roundhay Park is one of Leeds’ best assets, covering more than 700 acres of parkland, lakes and woodland, and we are proud that we will once again get the opportunity to showcase its beauty to the world.”

FOR FURTHER INFORMATION, CONTACT:  James Twigg on 07469154751 or jamestwigg@britishtriathlon.org

We also have a strong squad of highly world ranked elite triathletes, and emerging talent from our youth development programmes https://www.britishtriathlon.org/media/statistics

There are over 1,200 triathlon events conducted in Great Britain each year, a figure which grew by 63% between 2012 and 2016. British Triathlon is committed to being a leader in environmental awareness in sport, protecting the environment in which we operate today and in the future.

British Triathlon is a beneficiary of the UK Sport Lottery funded World-Class Programmes (WCP). The programmes focus on performance sport with the aim of achieving sporting excellence on the world stage. Further information can be found on the UK Sport website at www.uksport.gov.uk 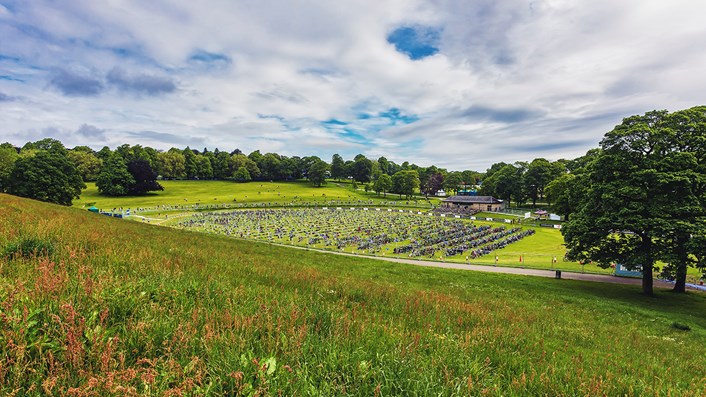