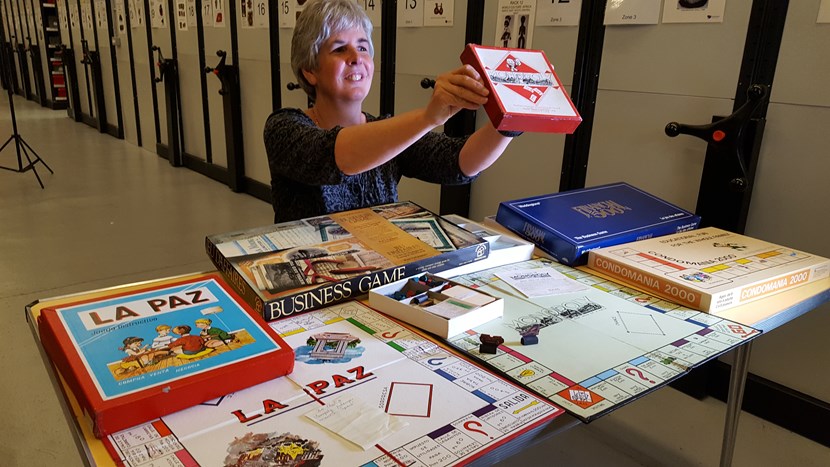 Weird and wonderful vintage games are all above board

For generations, board games have been a tried and tested family favourite in homes all over the world.

Classics like Cluedo and Monopoly, both originally made in Leeds, have become a staple at Christmases and family gatherings and remain among the best-selling games each and every year.

But curators delving a little deeper into the archives at the Leeds Discovery Centre have been uncovering a more quirky collection of weird and wonderful table-top games which haven’t quite stood the test of time.

Experts at the state-of-the-art storage facility have been combing through their vast Waddingtons collection, made up of more than 1,000 games and jigsaws from the UK and abroad, to get a more complete picture of what it includes.

While some of the games were manufactured by the company founded by Leeds businessman John Waddington, a selection of more obscure and unusual titles includes those that were either being considered for production or being checked for potential copyright infringement.

Among the more eye-catching names are oddities like Lose Your Shirt, a 1976 horse-racing themed game featuring plastic horses and jockeys and a felt racetrack, where players would bet on the outcome with the risk of “losing their shirt.”

Also in the collection is Scoop! from 1955, which involved filling in the blank pages of five well-known daily newspapers with stories and adverts.

And agriculturally inspired game Grade Up to Elite Cow from 1986 was made by Waddingtons of behalf of The British Friesian Cattle Society of Great Britain and Ireland and billed as “a game of skill and chance for dairy farmers.”

Kitty Ross, Leeds Museums and Galleries’ curator of social history, said: “There’s a really impressive and extensive array of games in the collection and each one represents a concept which at the time would have been considered by manufacturers to be topical, entertaining or marketable.

“Whilst some of the ideas they came up with have remained popular and recognisable decades later, others were very much of their time and have been mostly forgotten.

“By looking at the collection, we can see which of these ideas are timeless and how much the concept of family entertainment has changed and adapted to suit different fashions and social trends.”

As well as British classics, the collection also includes games from other countries, like French, Ostrich-themed effort L’Autriche, made in 1968, and Scandinavian Muumipeli-Muminspelet, based on Tove Jansson's Moomin characters.

Originally founded as a theatrical printing business by John Waddington of Leeds and the thespian Wilson Barrett, Waddingtons began producing card games in 1922.

After years of success, including creating a special edition of Monopoly for World War II prisoners of war which included hidden maps, compasses and real money, the company was bought by Hasbro in 1994.

Councillor Elizabeth Nash, Leeds City Council’s lead member for museums, said: “Waddingtons and the famous games they created are a captivating and historic Leeds success story which has had a lasting impact of the lives of children and families all over the world.

“The scale of the games we have at the Discovery Centre is also a real tribute to the extraordinary scope of our collection and the efforts of our curators to preserve our local heritage for future generations.

“I do have a personal interest in Monopoly as I inherited an American board from my American grandfather. I loved playing with it and as did my childhood friends who were intrigued with the American version. I treasure it still.”

Free public store tours of the Leeds Discovery Centre are held every Thursday at 11am and 2pm.

All visits are by appointment, and can be booked by calling 0113 378 2100 or emailing discovery.centre@leeds.gov.uk 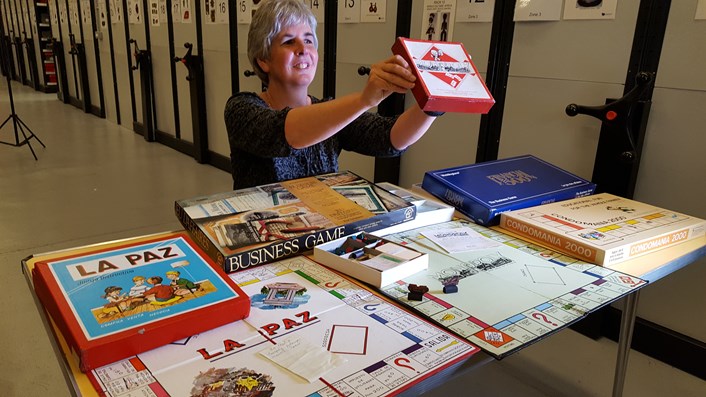