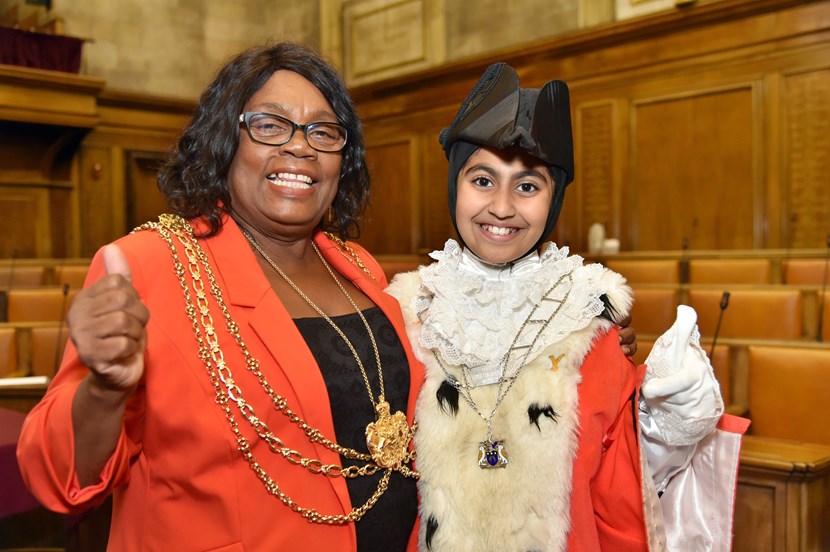 Voting open to elect the next Children’s Mayor of Leeds

Children and young people in the city are being encouraged to cast their vote in the election to decide the next Leeds Children’s Mayor.

The programme is now in its eighteenth year and Leeds was one of the first cities in the UK to elect a young mayor. It is a unique opportunity for the city’s youngsters to learn about democracy and voting whilst enabling and encouraging them to be more community-minded by considering the kind of things that would make improvements in their schools and local areas.

In May, primary schools across the city were asked to submit candidates from Year 5. Despite the complications and issues surrounding coronavirus, the Leeds Children’s Mayor Team received 49 entries. Children were asked to write a short manifesto detailing what they would do as Children’s Mayor to make Leeds an even more child friendly city for other children and young people.

From the entries, a shortlist of 12 finalists was decided upon by a judging panel of children and young people, which included local members of youth parliament and youth councillors as well as the current Leeds Children’s Mayor, Wania Ahmed.

Children and young people (aged 18 or under) and now being encouraged to visit https://bit.ly/VoteLCM to cast their votes. The newly elected Children’s Mayor is set to be announced by the Lord Mayor of Leeds, Councillor Eileen Taylor at a civic reception event on 21st October. Voting closes at 12pm on Friday 16th October.

The 12 finalists for this year are:

“I’m overwhelmed and thrilled by the number of children and schools who have once again taken part in this fantastic programme. They are an inspiration, not only to their peers and other children, but to me, and to anyone working to help make Leeds the best city to live in. The quality of the manifestos this year is exceptional and I am looking forward to the finals night in October to find out who will be our next Children’s Mayor – and best of luck to all our finalists”

“One of our greatest ambitions is to make Leeds a more child friendly city and helping our children and young people to become active citizens with a real voice and influence is a key part of this. This year the manifestos are written on a wide range of issues including autism awareness, road safety, community cohesion and dental hygiene. The children’s mayor project shines a light on how kind, thoughtful and community minded children in the city are and I can’t wait until the finals night to meet the winner”.

A brief history of the Leeds Children’s Mayor programme

As part of Local Democracy Week in 2003, the Democratic Services and Children’s Services teams in the council teamed up to launch the “Mayor for a Day” project. The aim was to encourage secondary school students to be more democratically aware and to vote in local and national elections when they turned 18. After seven successful years running the programme with high schools in the city, it was the turn of primary school children and in 2011, “Leeds Children’s Mayor” was born – complete with Children’s Mayor robes and their own chain-of-office, which was kindly supplied by Stoners Jewelers.

Since then, over 37,000 children and young people have voted and every elected Children’s Mayor has attended a full council meeting to read out their manifesto to the 99 city councillors. In addition to being supported by Leeds City Council to make their winning manifesto a reality, former children’s mayors have taken part in a huge range of activities including waving the starting flag at the Tour De Yorkshire, representing children at the Remembrance Sunday parade, switching on the Leeds Christmas Lights, taking the stage at Child Friendly Leeds Live! and much more.

Wania Ahmed was a ten year old pupil at Harehills Primary School when she submitted her entry to become Children’s Mayor last June. Four months later over 8,900 children and young people had voted and the Lord Mayor of Leeds was announcing her name as the next Children’s Mayor. Her winning manifesto was called “Chill and Chat” – a project for schools that would support the mental health and wellbeing of pupils. In February she was invited to read her manifesto to the 99 city councillors at a Full Council meeting and has since been working with Leeds City Council and Space 2 – a local arts charity based in Gipton – to bring her idea to life. 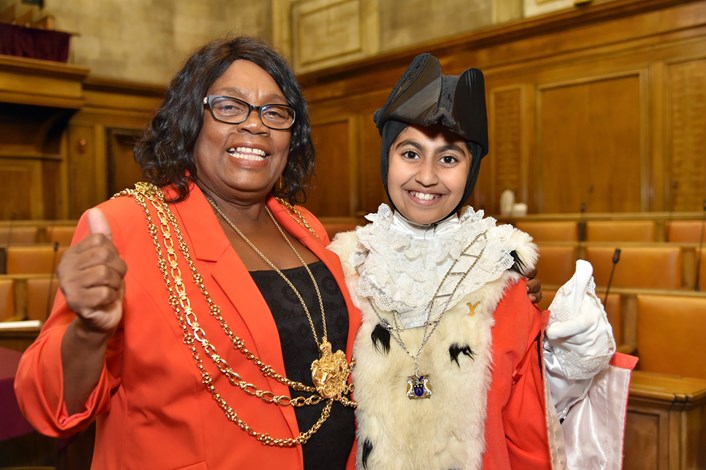