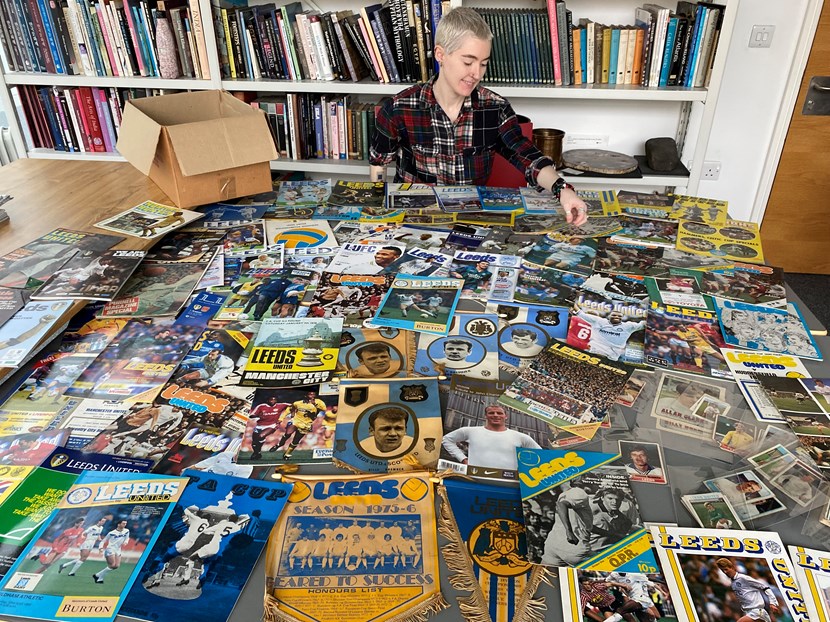 More than half a century of epic Elland Road highs and lows have become part of the city’s sporting heritage thanks to a vast donation of historic Leeds United programmes.

The huge collection was recently handed over to the city’s museums service, where it is now being carefully catalogued and documented as part of a project exploring key moments in Leeds’s unique sporting story.

Made up of hundreds of programmes from the 1960s right up to the modern era, as well as a number of pennants and trading cards, the collection documents a number of fascinating eras for the club and was donated by the family of a lifelong fan of the Whites.

Highlights include a programme from the club’s memorable Champions League semi-final first leg clash with Spanish giants Valencia in May 2001. The tie finished 0-0, with David O’Leary’s young side going on to suffer a heart-breaking 3-0 defeat in the second leg, missing out on a place in the final.

Also included is a historic matchday programme from the club’s January 1969 meeting with arch-rivals Manchester United. The season saw Leeds win the First Division title for the first time in the club’s history.

A more modern example also features a young Kalvin Phillips on the front cover ahead of the team’s match with Norwich in April 2015.

Other notable inclusions are the programme from the December 2011 game with Millwall, the first home match following the tragic death of club legend Gary Speed, and a programme from a friendly with Ajax in 1977 which was played as part of the Silver Jubilee.

Amy Thraves-Connor has been working on a placement with Leeds Museums and Galleries, examining the past, present and future of sport in Leeds and how sport is represented in the city’s museums collection.

She has been tasked with scouring through boxes of the donated programmes, searching for those which help tell both the story of the club and how the team has influenced life in Leeds both on and off the pitch.

Amy said: “There’s so much history there and it’s been fascinating to see how so many different elements of the club’s story have been captured in these programmes – it’s such an impressive collection and almost like a time capsule.

“The thing that struck me most was that not only are there some amazing memories from on the pitch, like during the Don Revie era and some of the club’s Champions League games, but you can also see the important ways the club has played its part in how life in Leeds has changed off the field too.

“Some of my favourites were the programmes which looked at the Rainbow Laces campaign and those which had some powerful anti-racism messages. From those you can see what an important part football plays in society as well as in sport.”

Once the programmes have been catalogued, a selection will become a permanent addition to the Leeds Museums and Galleries collection, with the rest being passed to the West Yorkshire Archives Service.

An exhibition on sport and play is also currently being planned for Abbey House Museum next year.

Councillor Jonathan Pryor, Leeds City Council’s executive member for economy, culture and education, said: “Leeds United have been such a massive and integral part of the city’s story for more than a century, and each new generation of fans have had their own experiences and memories of this extraordinary club.

“It’s wonderful to see the club’s heritage being preserved as part of our museums collection and to know that sport is being celebrated for the vitally important role it plays in life in Leeds.” 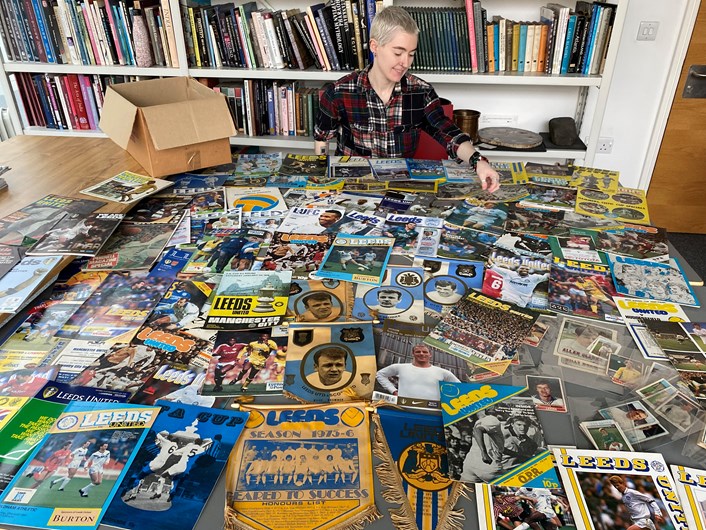 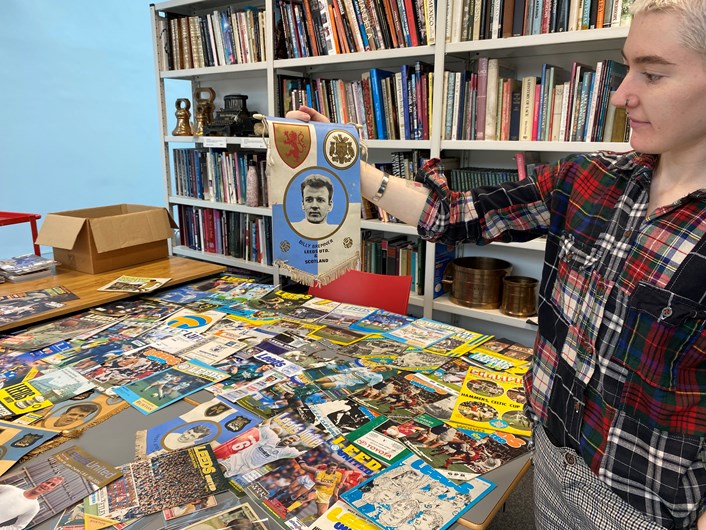 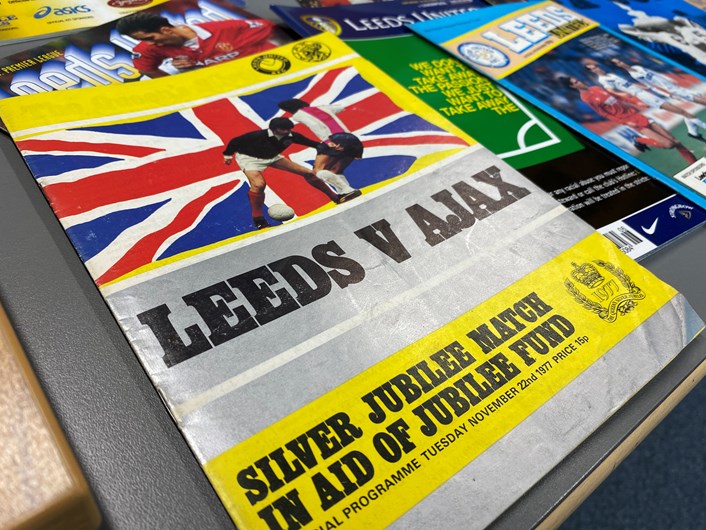 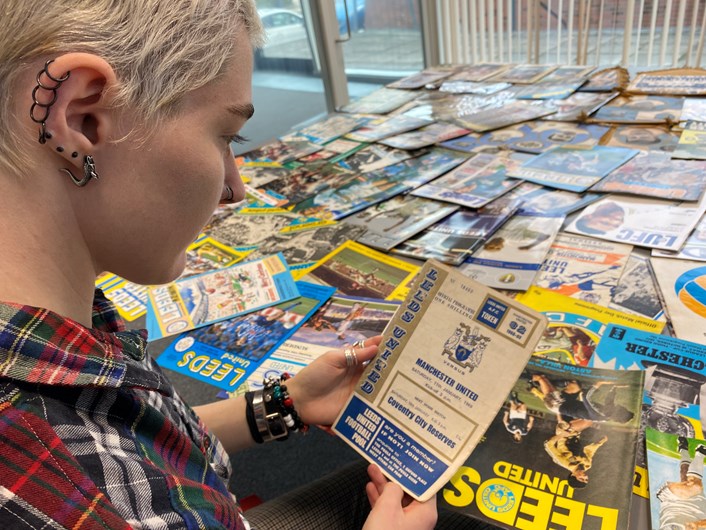 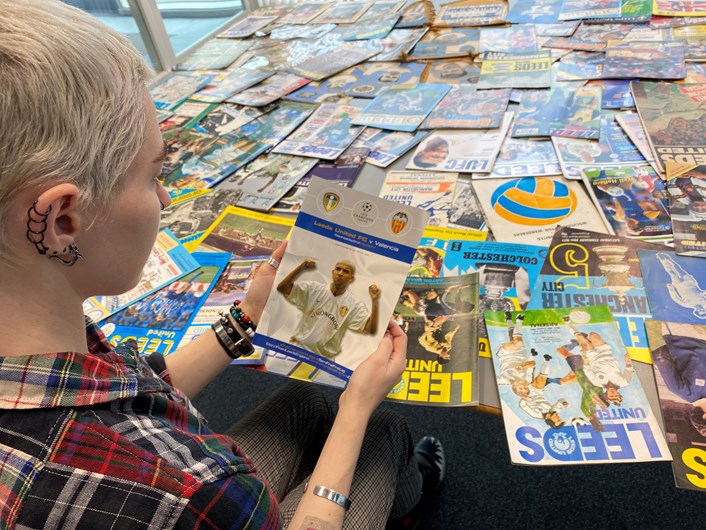 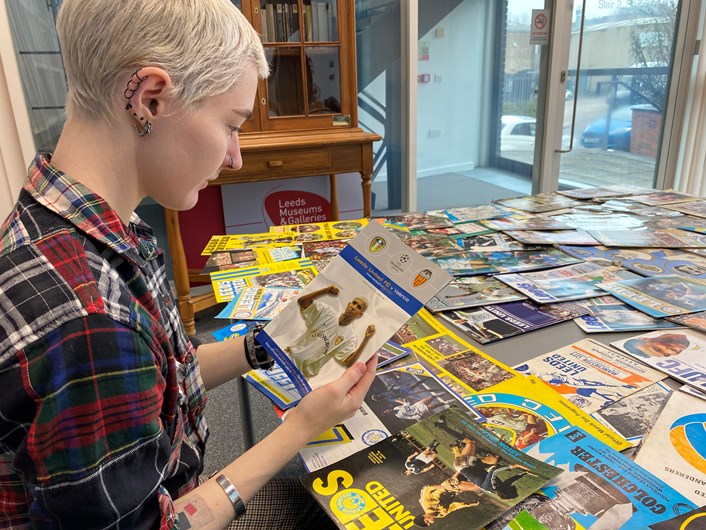 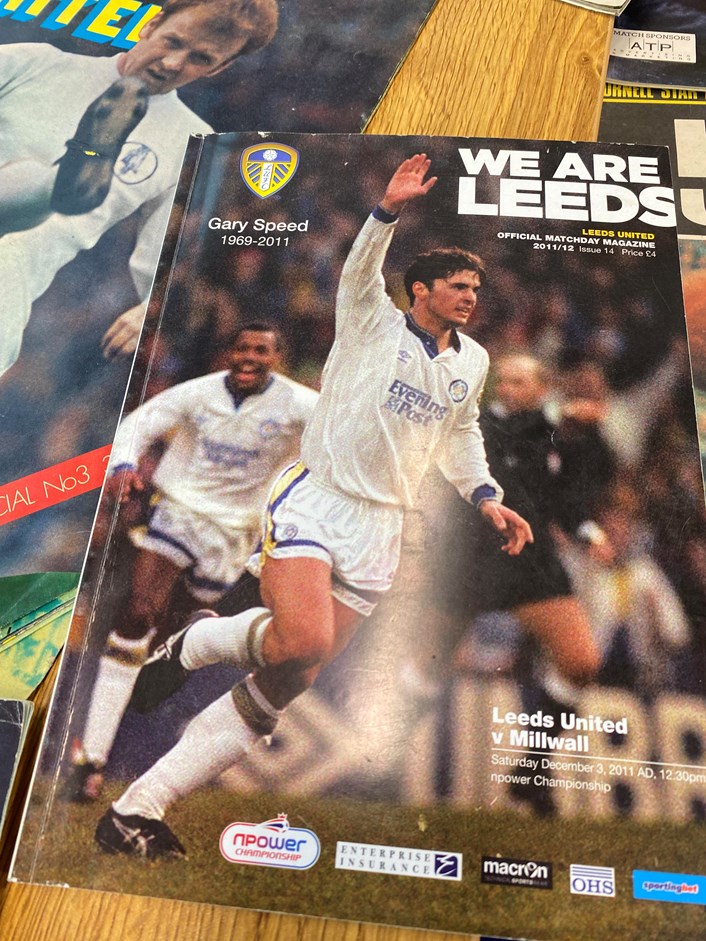 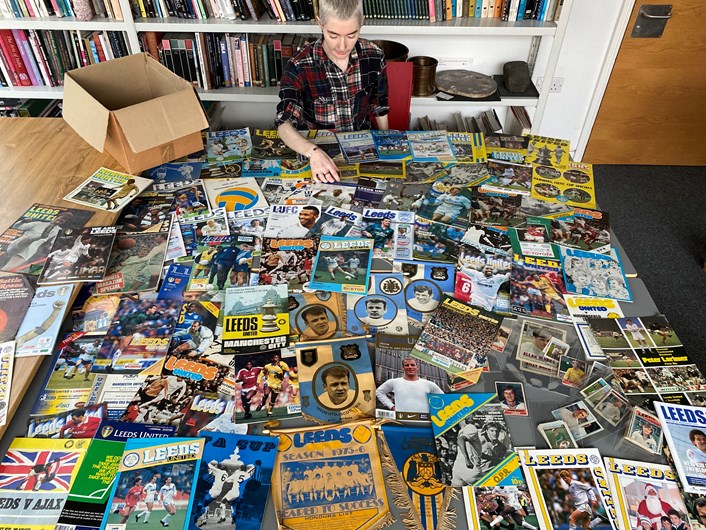 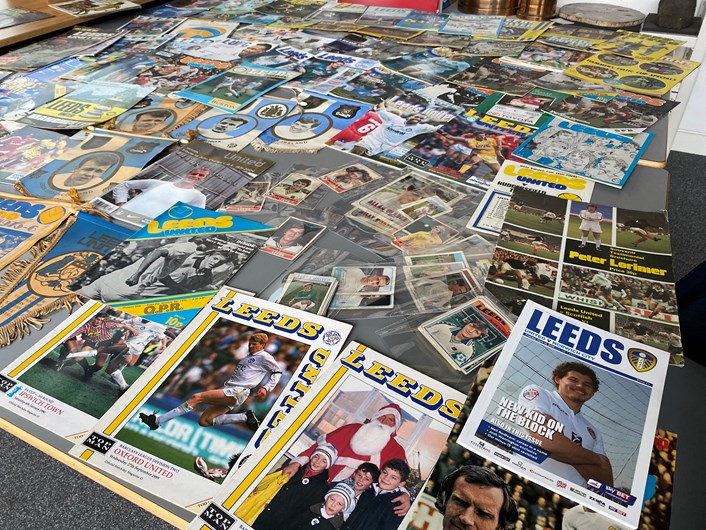 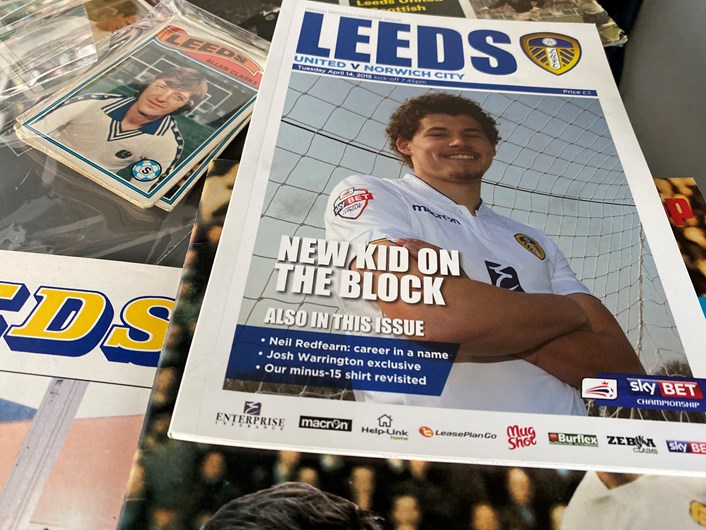 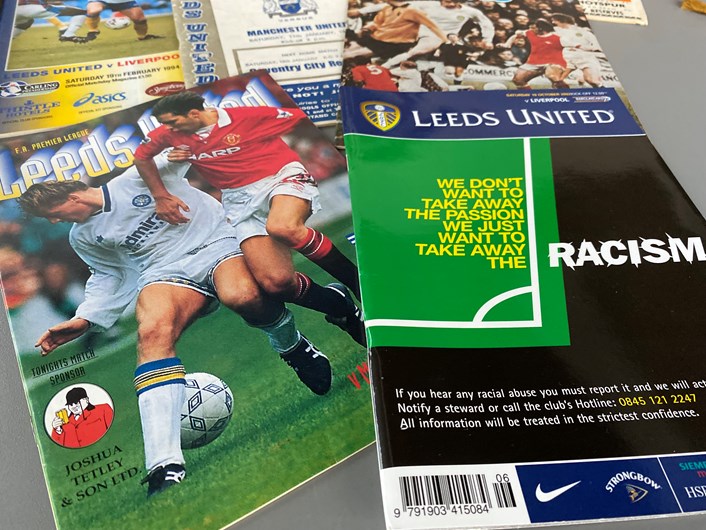 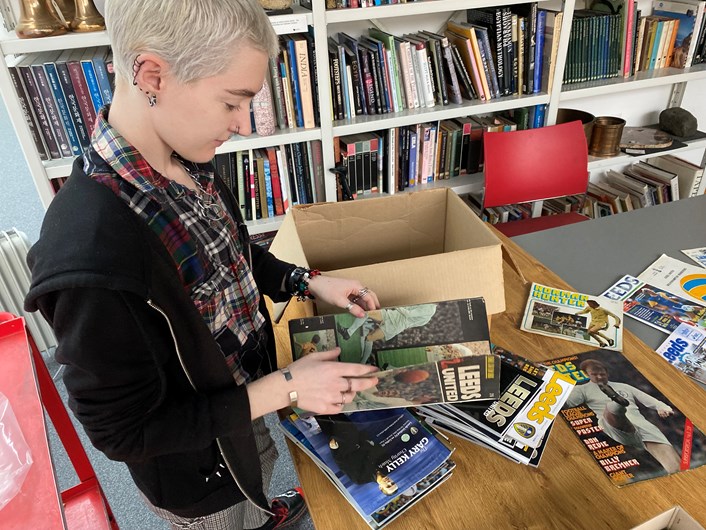 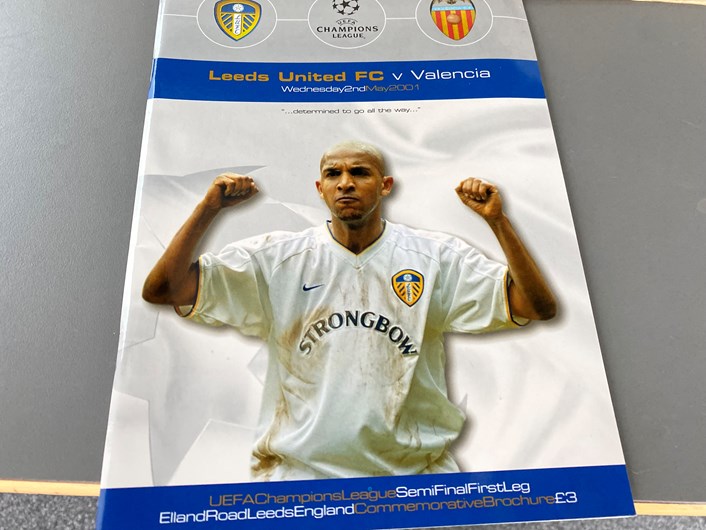 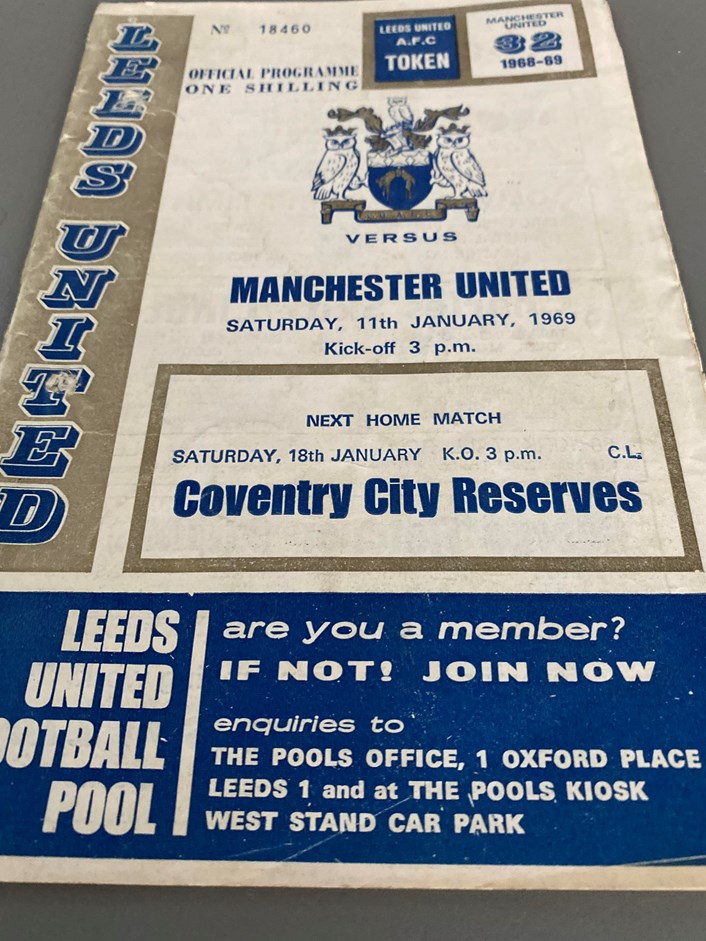