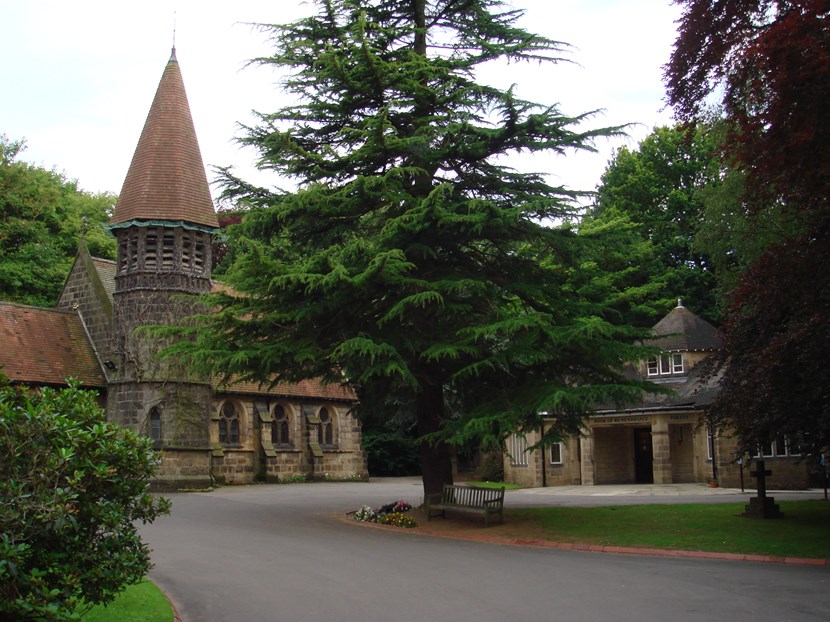 Vandalism of Books of Remembrance at Leeds Crematorium condemned

Staff at Lawnswood Crematorium were shocked to return from the Easter weekend to find that there had been a break-in at the Reading Room at the popular and historic facility.

Books of Remembrance from the Reading Room, with records going back over many decades, appeared to have been attacked with a sharp knife and scattered in the grounds outside the building.

“This is an unbelievable and irresponsible occurrence. It appears to have been a malicious and targeted attack on the books as nothing else seems to have been damaged and nothing else was stolen. These books are absolutely priceless, holding personal sentiments from many hundreds of families from all across the UK and further afield dating back decades. It is still unclear if we will be able to salvage them all. We are liaising with police to identify the culprits.”

It appears that those involved in the break in have taken the books and thrown them outside in the wet so they are now severely damaged. This means the records will not be available for public display until they can be restored by a specialist, which will be a time consuming and costly process.

Chris Simpson, who manages the crematorium and the council’s bereavement services has also been personally affected, as he has family records in the books. He said:

“I know many people will be as saddened by this vandalism as my colleagues and I are. We understand that people’s memories are held in these books and we will do our best to try to have them restored.

“We hope people will understand that this will mean many hundreds of records affected will not be able to be viewed for some while. We are also looking at the potential for digital copying of the records so they can be available online in the future.”

Anyone who has information about the incident is asked to contact the police on 101 and quote crime reference number 13180154183.

and the council's Bereavement Services webpages:

Following the recent vandalism at Lawnswood Crematorium and the damage caused to Books of Remembrance, the Friends of Lawnswood Cemetery have set up a way for people to make donations.

This reflects the significant interest from a wide range of people in offering donations and support following te break-in. Many thanks to the Friends of Lawnswood Cemetery for doing this.