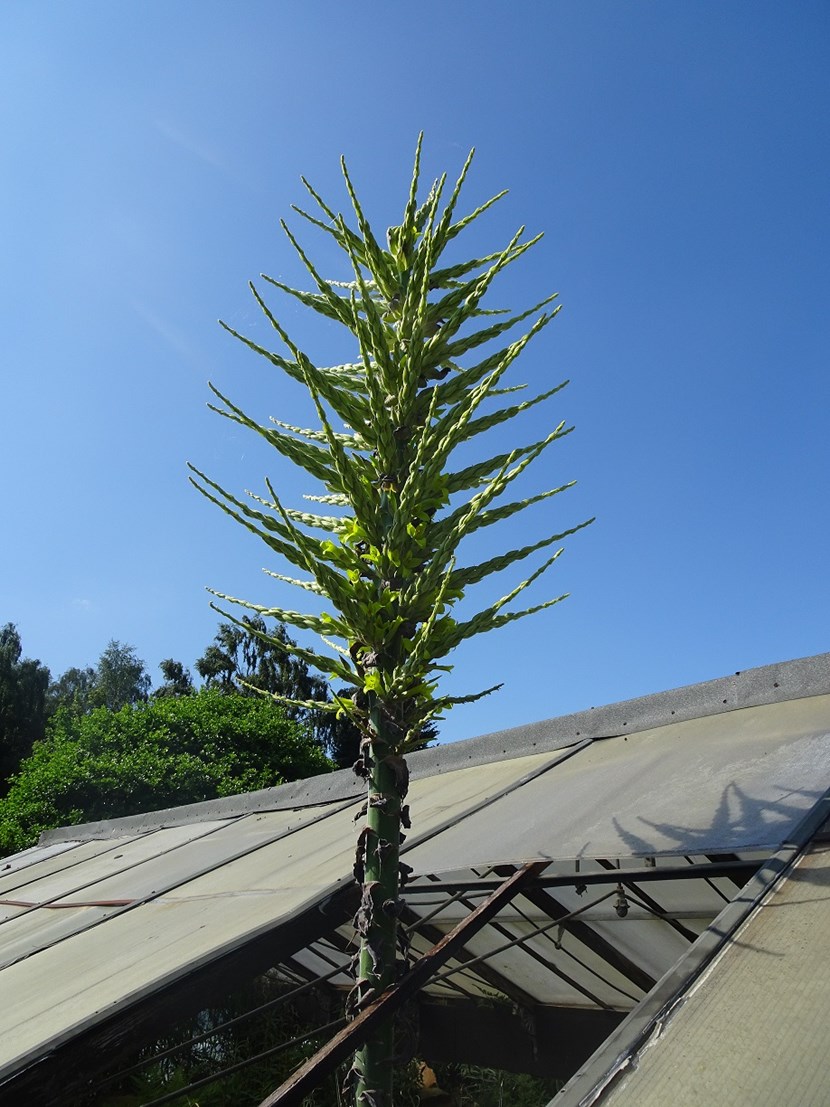 A rare, huge plant from South America with a fearsome reputation of being able to trap and eat sheep and small mammals is now in full bloom at Golden Acre Park in Leeds.

The remarkable plant, officially known as Puya chilensis, is a native of Chile and relative of the pineapple family, and the great news is that it completely safe to visit, and there’s no better time to go than now, while it’s at its biggest and best!

The imposing Puya chilensis boasts long, aloe-like leaves that are lined with ferocious spines. In its native land, these spines have been known to trap sheep and small mammals, which has lead the plant to be commonly referred to as the ‘sheep eater’.

Despite the grisly nickname, the plant doesn’t eat the animals. Scientists believe that the animals trapped in the spikes starve to death and eventually decompose at the base of the plant. The sinister plant then feeds off the remains.

The flower head contains clusters of shocking chartreuse-yellow flowers that are pollinated by birds. The outward-pointing tips act as perches for these birds, so they can be comfy as they tuck in to the nectar inside.

Sadly, this fascinating species is vanishing fast in its natural habitat and is approaching extinction, so it’s very rare to have an opportunity to see it, especially in the UK.

“The team at Golden Acre Park have waited 15 years to see the rare Puya chilensis finally burst into bloom and the spectacular plant definitely hasn’t disappointed.

“Although its reputation as a sheep eater makes it sounds terrifying to some, we can assure visitors that it is being safely grown in our greenhouse and is completely safe to visit!

“I urge you to go and see the plant this week while it’s still flowering – if you miss it, you could be waiting at least another decade for your chance.” 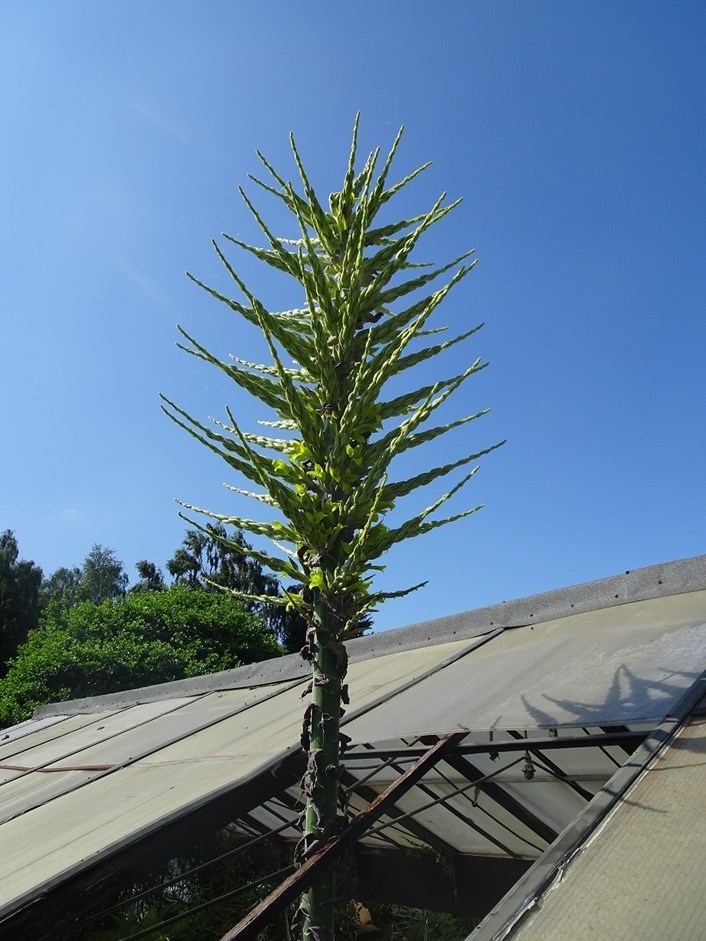