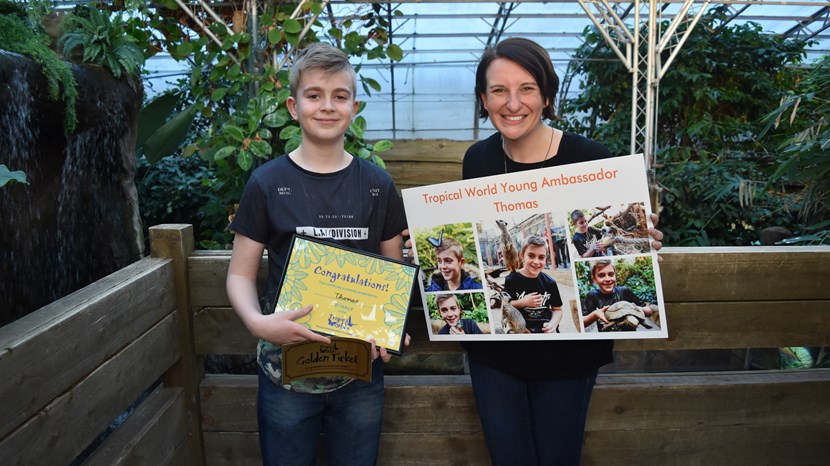 Tropical treat this Christmas as a new young ambassador is crowned

Thomas, beat off competition from the three other finalists after being nominated by his family for being so passionate about animals and wants to go on to gain the right qualifications to let him work with animals in the future.

The competition, hosted on Tropical World's Facebook page, received several hundred fantastic entries, which were then whittled down to just four finalists.

The Young Ambassador role will see Thomas writing blogs for Tropical World, getting involved with the Tropical World conservation projects, promotion and marketing including voicing radio adverts and generally enjoying his new role for the next 12 months.

As the winner, Thomas also receives free entry for his family for the next 12 months and will have catch ups with the head keeper to find out about any new animals at the attraction. Thomas has even been given the opportunity to name one of the meerkats – and he chose 'Melissa'.

“I am so excited to be Tropical World’s very first young ambassador. I’ve already spent lots of time at Tropical World and learnt a lot about some really cool animals I’d never even heard of before!

I love animals and can’t wait to work with them and the Tropical World team in my new role.”

“It is fantastic to be able to present Thomas with the Tropical World Young Ambassador title, and we really look forward to working with him over the next 12 months in this role.

“Thomas clearly is so enthusiastic about all animals and it is great to hear how much he loves Tropical World.

“He will be playing a large role in the promotion of the site going forward and our international and national conservation projects.. We look forward to working with him and involving him in as much as possible in the future.”

Entrance prices at Tropical World are as follows: 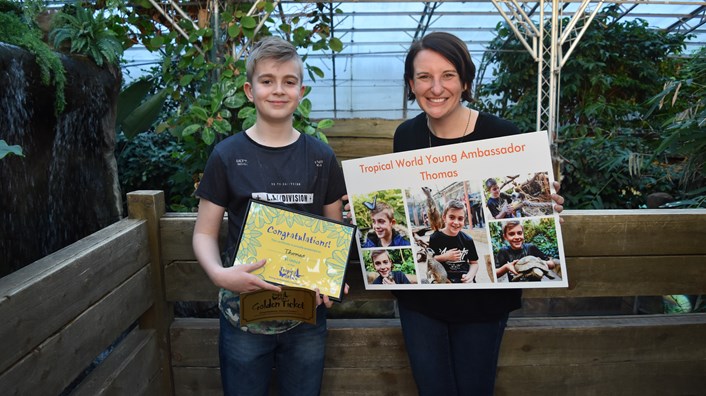