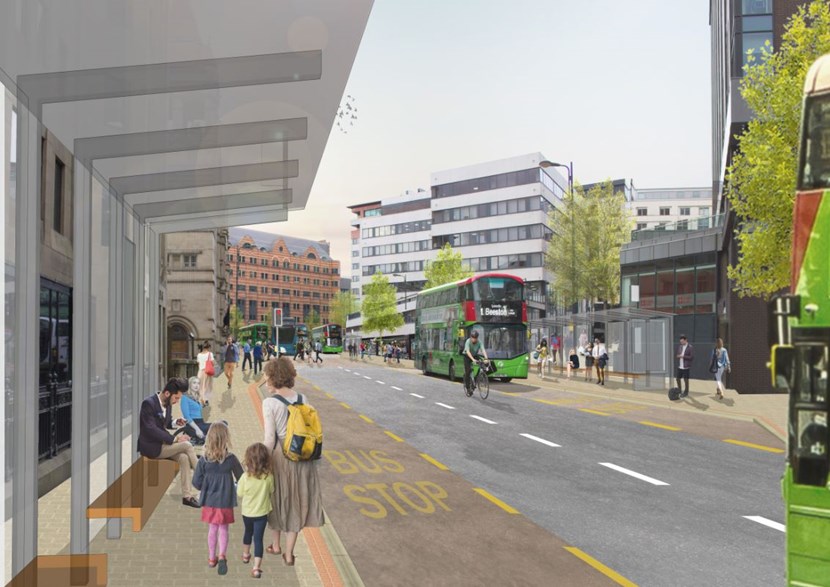 The layout of two major roads in the city centre will change from Sunday 24 January as Infirmary Street and Vicar Lane open in both directions to motorised traffic and cycles.

The roads are currently being transformed as part of a multi-million pound project being carried out by Connecting Leeds to improve transport in the city centre. When the schemes are complete, access over parts of these streets will be restricted to buses and taxis at certain times.

Additionally, resurfacing work is set to start on the Headrow and Vicar Lane from Friday 29 January. This essential work will require some road closures.

The dates of these are:

Following the resurfacing (from the weekend of 20/21 February) buses will use Vicar Lane in both inbound and outbound directions. Buses that normally travel up New Briggate will divert to Vicar Lane. Some bus routes may be diverted and some bus stops may be relocated. Visit the Metro website to find out how you might be affected.

Once fully complete in spring, Infirmary Street will be converted in to a two-way operation with access restricted to buses and taxis east of Wine Street. Bus stops will be upgraded and bus-only restrictions will improve journey times and air quality. There will be bus stops in lay-bys along both sides, the central bus stop island will be removed, and a new pedestrian crossing installed.


Animation shows how Headrow will look once complete

“Alongside the other improvements happening in the city centre, converting these two major roads into a two-way operation will improve the punctuality of buses and work towards our aim of reducing the dominance of cars in the very heart of our city centre.

“There’s also the added benefit of creating wider pavements, new cycle routes and more attractive and improved public realm, in line with our Leeds Our Spaces Strategy. This will in turn improve air quality and reduce carbon emissions."

“These changes to Infirmary Street and Vicar Lane will bring much needed improvements to traffic management and improve the environment in Leeds city centre.

“Improving public transport and making it easier for people to access work, education and other services is a vital part of our efforts to promote economic growth that benefits everyone, particularly as we look beyond the pandemic to the recovery.

“We thank all road and city centre users for their patience as work has been ongoing and urge everyone to check the Metro site for the latest updates and information about bus services and road closures.” 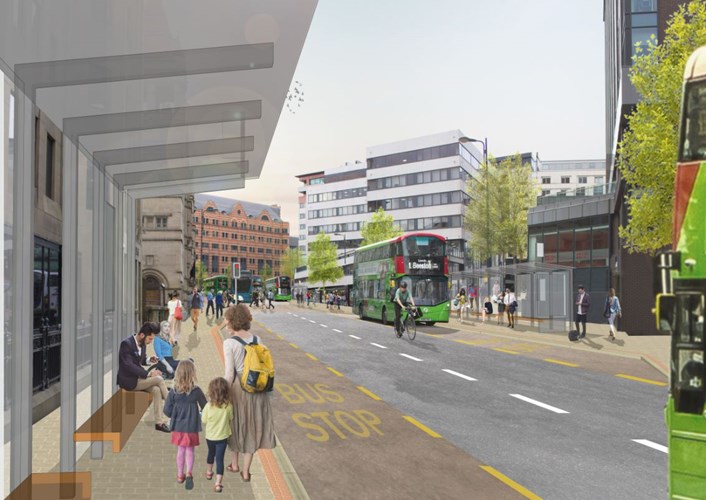