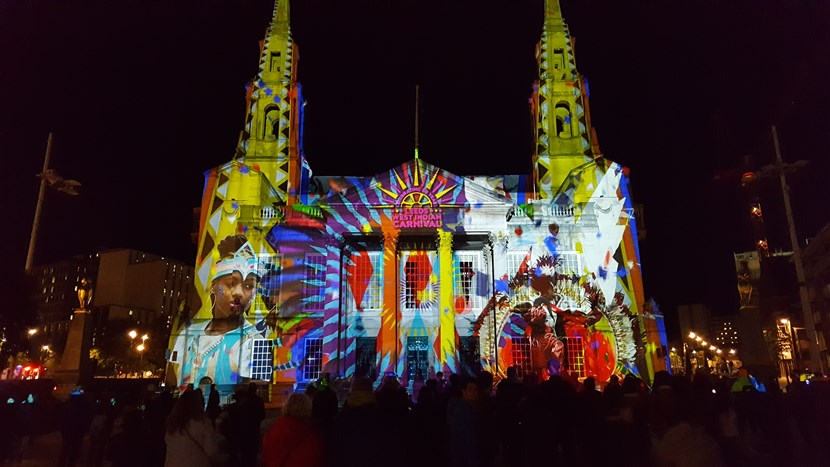 Leeds city centre was transformed into a sensational spectacle of light and sound last night as tens of thousands flocked to see the enchanting return of Light Night Leeds.

The first night of this year’s compelling cultural extravaganza saw some of Leeds’s most beloved landmarks host a mesmerising array of imaginative light installations created by an acclaimed line-up of international artists.

Featuring more than 60 remarkable illuminated artworks, activities and performances across the city centre, last night was the first in a two-night festival which continues this evening.

The 13th annual event got underway with a beautiful parade, which featured performers from Leeds West Indian Carnival and stunning LED umbrellas by Cirque Bijou.

Leeds Civic Hall was the canvas for the breath-taking Out of the Aire, a magnificent projection created by artists Ross Ashton and Karen Monid and paying tribute to some of the people and events that have been part of the fascinating story of Leeds.

A spellbinding recreation of the moon, made using images captured during a NASA mission, hovered above the water in front of amazed crowds at Leeds Dock accompanied by award winning music by composer Dan Jones.

The iconic Queens Hotel was lit up by a kaleidoscope of colour during the enthralling Harlequin projection, which celebrated the hotel’s 80th year at the heart of Leeds.

Along Briggate, one of the city’s most famous shopping locations, a series of giant, 12ft high desk lamps made by French artists TILT captured the imaginations of visitors.

And at Leeds Town Hall, guests were given the once-in-a-lifetime chance to don a special EEG headset and play the 50ft high, 160 year-old organ using only the power of their minds thanks to artist Marcus Lyall.

Councillor Judith Blake, leader of Leeds City Council, said: “This has been a triumphant and truly spectacular return for Light Night Leeds where we have witnessed an unforgettable display of imagination, togetherness and artistic ingenuity.

“Light Night belongs to the people of Leeds and, year after year, they have come in their tens of thousands to celebrate their city and to show how much Leeds loves and embraces culture and the arts.

“As we prepare to submit our bid to be European Capital of Culture in 2023, Light Night is also a beacon of artistic excellence which has shown the world exactly what Leeds is capable of and how impressive our cultural credentials really are.”

Brochures are available to purchase at a price of £2, with all proceeds going towards keeping Light Night free. Information points will be located on Victoria Gardens and Briggate.

More information on the event, including an interactive map and details on other ways to plan your night can be found at: https://whatson.leeds.gov.uk/lightnight/Home 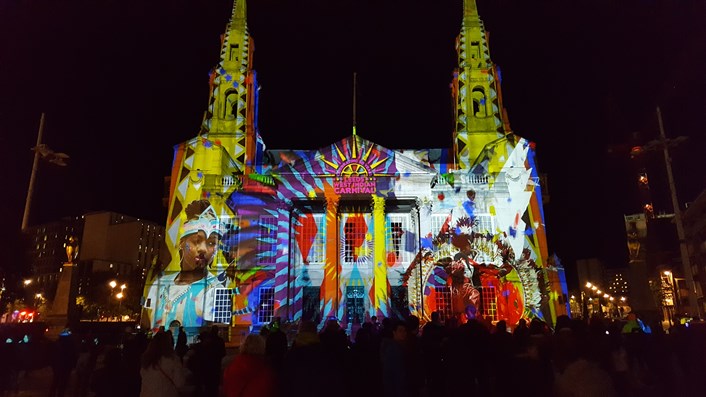