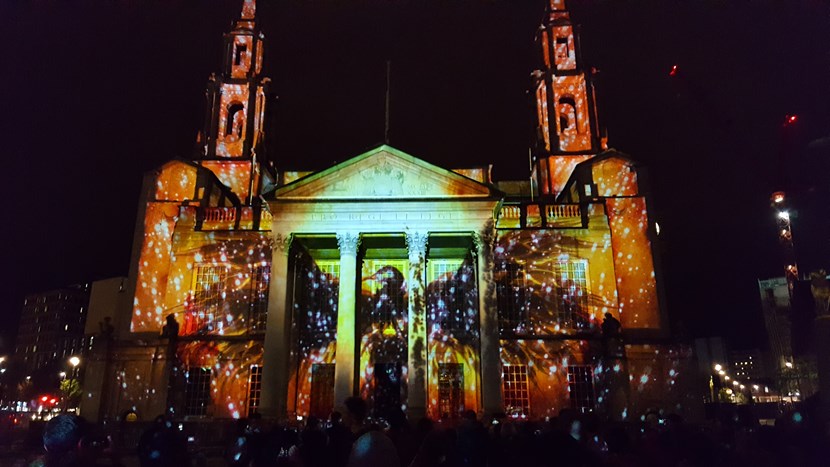 More than 60,000 people flocked to the city centre to be a part of this year’s incredible Light Night Leeds festival.

Held over two nights for the first time on October 6 and 7, the unique celebration was the city’s biggest ever, and saw iconic local landmarks and venues illuminated by more than 50 spectacular installations, events and performances.

On Thursday, Victoria Gardens on the Headrow was transformed into a dazzling sea of light and people as hundreds of families came to see the culmination of the city’s first ever light triathlon.

The event included a stunning water-themed lantern parade, brightly-lit cyclists riding down the new Cycle Superhighway into the city centre and a group of eye-catching runners with glow sticks, who made their way around the city centre.

Other highlights which captivated crowds on both Thursday and Friday included the breath-taking Phoenix in the Stone projection on Leeds Civic Hall.

Created by brothers Rob and Matt Vale and their company Illuminos, the display told the story of the mythical bird symbolising the different parts of Yorkshire working together, with Leeds at their heart.

Elsewhere the Queens Hotel on City Square became a 100ft digital waterfall, and Merrion Gardens was filled with a beautiful forest of giant illuminated dandelions.

A series of live videos of different installations were posted on Facebook on both nights for the first time this year, with the videos getting almost 20,000 views. Other Facebook videos posted on the night had around 24,500 views.

Light Night is organised by Leeds City Council in association with the LeedsBID (Business Improvement District) and supported by Arts Council England, with this year’s event being the 12th Leeds has hosted.

Whilst final figures for attendance on both nights are still being finalised, it is anticipated that this year’s event was even bigger than last year, when more than 60,000 people attended.

Early estimates suggest this year’s attendance may have been at least as high as 80,000 people over the two nights.

A study into last year’s event carried out by The University of Leeds and Leeds Beckett University also estimated that Light Night saw visitors spend a total of £2.06m on everything from food and travel to shopping and hotels.

Councillor Judith Blake, leader of Leeds City Council, said: “Once again, Light Night was an unforgettable occasion, bringing thousands of people of all ages together at the heart of the city centre for a truly unique experience.

“The unprecedented breadth, scale and scope of this year’s event, which for the first time ever took place over two nights, has made a huge statement about Leeds’s credentials as a city which embraces artistic invention, creative ingenuity and cultural diversity.

“As we continue our efforts to become European Capital of Culture 2023, Light Night will stand as a shining example of how we want to showcase exactly what culture means to Leeds and the people who live here.

“The success of this incredible event is also a tribute the hard work and dedication of the team who have spent months planning the programme and bringing together such a talented array of artists and performers.”

Andrew Cooper, Chief Executive of LeedsBID, added: “Light Night is a shining star in the city’s cultural calendar and yet again illuminated Leeds in the most spectacular fashion.

"LeedsBID was delighted to support this event, helping to extend its audience, appeal and people’s overall enjoyment.”

People who attended can give their thoughts on this year's Light Night by filling in a short survey at: https://www.snapsurveys.com/wh/s.asp?k=147558290333 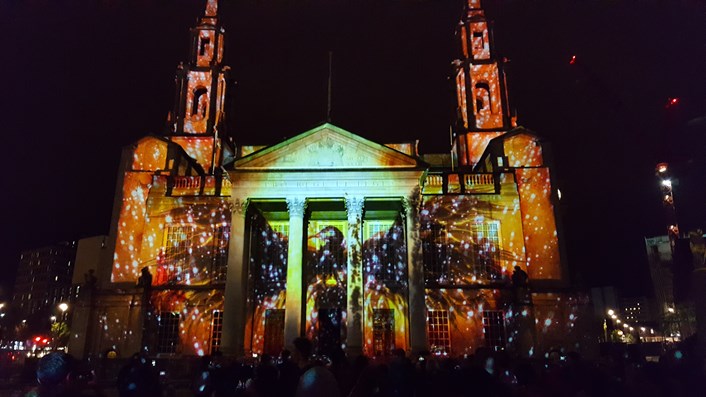