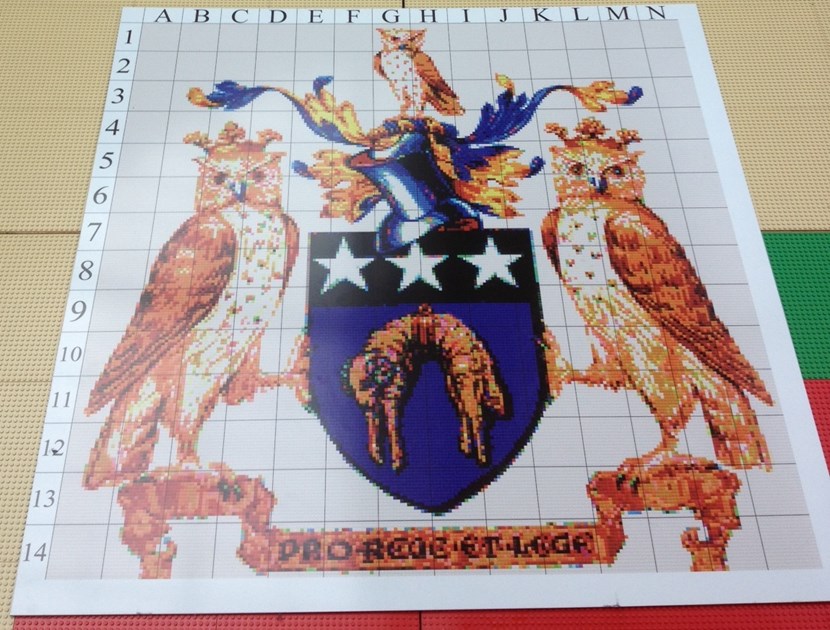 The Lord Mayor of Leeds charity fundraising challenge to create a gigantic copy of the city crest made entirely out of Lego bricks is back on the road tomorrow at a city shopping centre.

Visitors to the Merrion Centre, which is located near the first direct arena, will have the chance from Wednesday November 25-Friday November 27 to play their part in bringing the crest to life by purchasing a variety of small Lego bricks for a nominal fee and then watch as the pieces are inserted onto a huge specially designed 3.5m x 3.5m board holding the mosaic.

After a successful launch in September, the crest has now started to take shape, but with the mosaic made up of a mammoth 200704 bricks including 26 different colours of which only one is violet, the Lord Mayor Cllr Chapman is once again calling on the residents of Leeds for their amazing support and generosity to help complete the challenge as it continues its tour around the city. All donations from the project will be given to the Lord Mayor’s chosen charity this year, Specialist Autism Services.

A selected number of bricks can be purchased for just £1 (four bricks) or £4 (16 bricks with option to place pieces on 4x4 plate), and there will even be the chance for businesses, groups, organisations or well-wishers to make sure their name and logo is stamped on the crest by buying a section of bricks at a cost of either £256 (one Lego Baseplate compromising of 1024 bricks) or £512 (two Lego Baseplates of 2048 bricks). For those who wish to donate online and purchase a brick on their phone, this can be done by texting LEGO42 to 70070 and putting the amount they wish to give after the pound sign from the four options available, i.e. LEGO42 then £1,4,256 or 512.

If your business, organisation or establishment in Leeds is also interested in helping to sell bricks for the project by potentially displaying all or a part of the crest which can be divided into four pieces for a certain period, please contact: Lord Mayor’s Office. Any group or organisation interested in displaying the Lego crest in a place which is accessible to the public once the challenge is completed, are asked to contact the Lord Mayor’s Office by telephone: 0113 2474194 or email at: lordmayorsoffice@leeds.gov.uk

For further details and progress reports regarding the Lego crest project, please keep an eye on the Lord Mayor’s official Twitter feed at @LordMayorLeeds for more details. Members of the public can also get involved in the conversation on Twitter by using the hashtag #leedslegocrest

“The response from the people of Leeds and beyond following the launch of our challenge to create a copy of the Leeds crest made entirely out of Lego bricks has been absolutely incredible, and I would like to offer them a big thank you for their amazing support.

“I am delighted to say that the mosaic of the crest is beginning to take shape, but given its size, there is still a lot of hard work to be done. The offer from the Merrion Centre therefore to host the crest from the 25 November to the 27 November is extremely generous and welcome, and promises to be a really exciting step in our ambition to complete this massive challenge, which will see every penny that is raised given to my chosen charity this year, Specialist Autism Services.”

“The Leeds crest is a symbolic icon which represents our city and shapes our identity and we’re honoured to be involved in bringing it back to life. Many of our shoppers love the history of our city and are quite nostalgic, so we’re confident they’ll be eager to purchase some Lego and help make history. We’re delighted to be a part of this campaign and raise money for Specialist Autism Services." 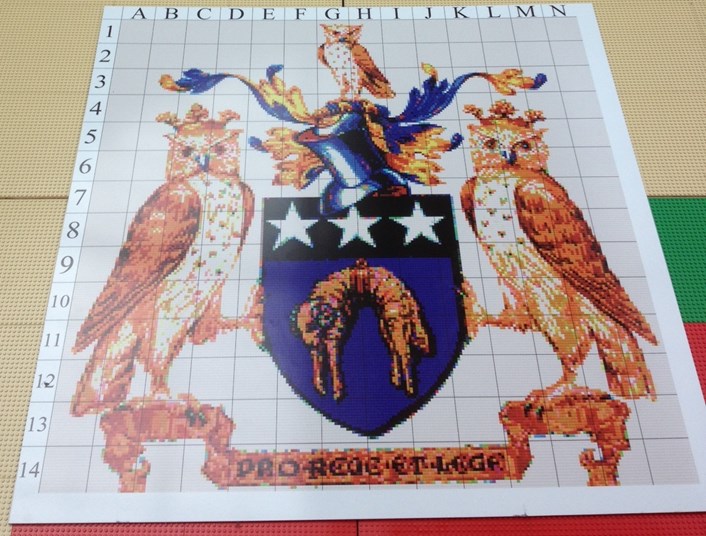