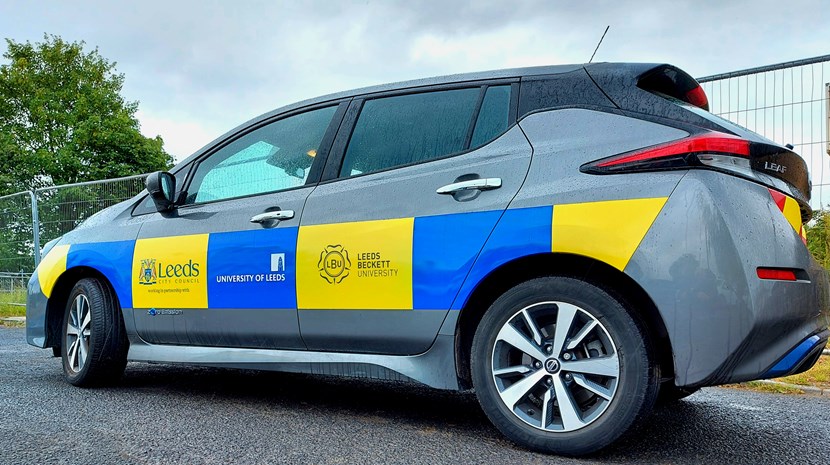 Students reminded everybody needs good neighbours ahead of summer changeover

Leeds City Council is urging more than 50,000 students leaving their Leeds homes this summer to be mindful of their neighbours and keep noise to a minimum.

This time of year is usually very busy with many student tenancies coming to an end and council officers will be working closely with University of Leeds, Leeds Beckett University, landlords and their agents to ensure that the move out period is as smooth as possible.

In February, the council worked in partnership with the universities to launch a dedicated service in a bid to tackle anti-social behaviour and noise issues in areas with a large student population. Fully funded by the University of Leeds and Leeds Beckett University, the dedicated service team carry out nightly patrols, seven days a week.

Since launching, calls to service have reduced by 27% and call response times have reduced by 40% from around 50 minutes to under 30 minutes. The LASBT West Team (Leeds Anti-Social Behaviour Team) have provided evidence for six seizures and for 60 households receiving Section 80 noise abatement notices. While the number of calls to the dedicated service line is down compared to previous years, the percentage of calls attended has increased by around 25%.

Residents can be assured that nightly anti-social behaviour and noise patrols will continue throughout this next period and additional resources will be deployed to ensure any issues are dealt with quickly and efficiently.

As well as keeping noise to a minimum, students and landlords can help by disposing of waste properly and recycling or donating to charities where possible. Leeds Beckett University and the University of Leeds fund a doorstep collection service for items that can be re-used to 7000 households throughout the changeover period. Good to Give blue bags have been posted to each household for residents to fill with their donations, which are then redistributed free of charge to Leeds communities. The council has also provided students with handy guides on the five things they can do to help make moving out as smooth as possible, from using bins properly to a map of bottle banks and donation sites. Landlord's (and agents) have also been reminded of their responsibilities for the correct disposal of waste from their properties and that enforcement action may be taken where required.

All the advice and guidance has been brought together at www.unipol.org.uk/movingout. The council will also be deploying additional resources during the month to keep the streets clean and the bins emptied in waste hotspots.

“Universities and students in Leeds make a massive contribution to our culture and economy but we do recognise that in areas with a higher population of students, some anti-social behaviour issues can arise. This was initially why we worked with the universities to launch the dedicated service team and so far it has proved to be extremely successful in de-escalating issues in communities and reducing call out times. I would like to echo the message to students to be mindful of their neighbours and follow guidance on disposing of waste in the proper way.”

“With over two tonnes of good stuff students no longer need already collected from across the city, and another few days to go before we close our collections for this summer, we’ve some great evidence of the positive impact students can have for their communities. These items will go to homes in Leeds that need them, free of charge over coming weeks, perhaps providing some much-needed help at this crucial time of rising living costs.

“If you find anything last minute remember you can still give right up until 1 July. Just pop your blue bag on your doorstep. You can still get blue bags at your students’ union up until 30 June. After that, use the drop off, bottle banks and other waste locations on the Good to Give maps.”

“The vast majority of our students want to make a positive and sustainable contribution to their community. This includes leaving Leeds tidy as tenancies come to an end, donating goods to communities that need them, and of course marking the end of the year without disturbing their neighbours.

“We’re supporting Good to Give and helping get the council’s guidance out to students to make a busy week easier and less stressful for everyone.” 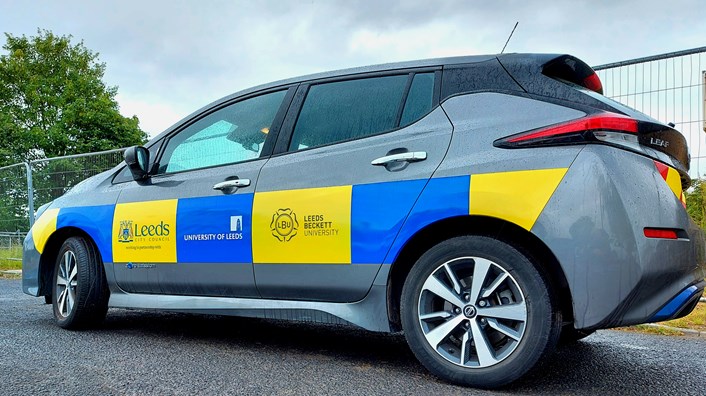