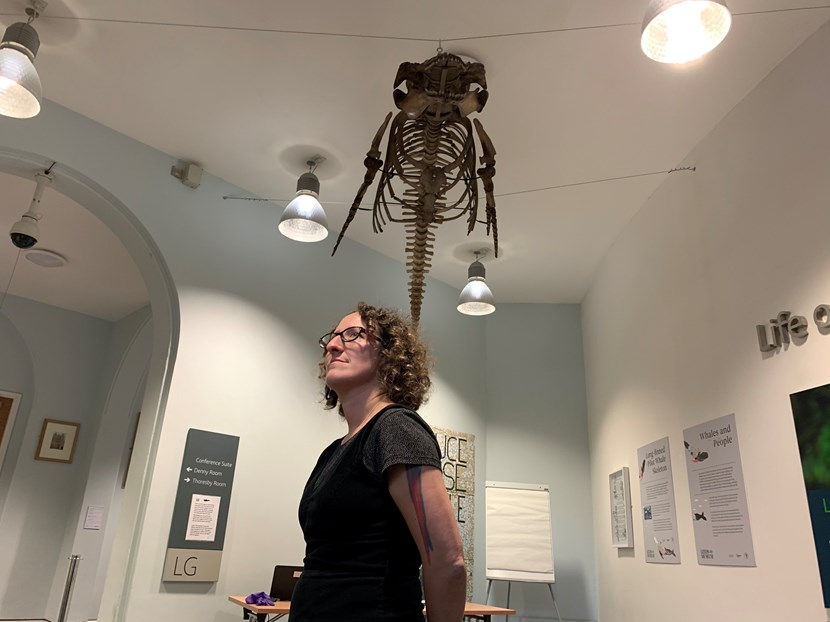 The remains of a Victorian whale cruelly killed by fishermen more than 150 years ago have been brought to life in a striking new display at Leeds City Museum.

After months of meticulous work behind the scenes reassembling hundreds of bones, the bones of the impressive long-finned pilot whale have been hung from the ceiling of the museum as part of a new project aimed at highlighting the fragility of our ocean ecosystems.

Made possible by money raised by National Lottery players, the project will also begin a programme of eco-friendly talks and events designed to encourage visitors to think about the part they can play in conservation and protecting the planet’s vulnerable species.

And the whale’s name, chosen through a public competition has also been revealed. The pilot whale has been christened Swale, a play on the Yorkshire way of saying “it’s a whale.”

The marine mammal was collected off the coast of Leith in Scotland back in 1867 after its pod was spotted by a group of fishermen. They stranded the animals and killed the entire group for meat and blubber.

Funding from the Leeds Philosophical and Literary Society, the Friends of Leeds City Museums and the National Lottery Heritage Fund has allowed it to be cleaned, conserved and articulated.

Clare Brown, Leeds Museums and Galleries’ curator of natural sciences, said: “It’s amazing to see the whale reassembled and on display in such dramatic fashion and it really helps to emphasise what a beautiful and incredible animal it must have been.

“It’s our hope that seeing our whale from this new perspective and learning more about its very sad story will not only capture the imaginations of our visitors, but also encourage them to think about our oceans and what they can do to support the spectacular array of life which calls them home.

“We have a responsibility, individually and collectively, to help protect the planet’s vulnerable species and to do all that we can to ensure that future generations still have the opportunity to share the world with such amazing and inspiring creatures.”

Usually found in the North Atlantic and Southern Hemisphere, long-finned pilot whales take their name from their unusually long pectoral fins and the belief that groups had a leader, or “pilot”.

Councillor Judith Blake, leader of Leeds City Council, said: “This poignant display is a huge credit to the technical skill and imagination of our museums and galleries team and being able to experience the story of this magnificent animal in such a visually striking way is sure to be a captivating experience for visitors.

“Conservation and environmental action are key issues for us all and museums have an important role to play bringing the past to life for visitors and inspiring them to think about how they can change the future.”

Reaching more than 6.5 metres in length and weigh more than five tonnes, pilot whales live in large groups of up to 150, feeding mostly on fish and communicating while they hunt with a series of characteristic clicks, whistles and buzzes.

Tens of thousands of long-finned pilot whales were captured and killed in the 1940s and 50s by the whaling industry. 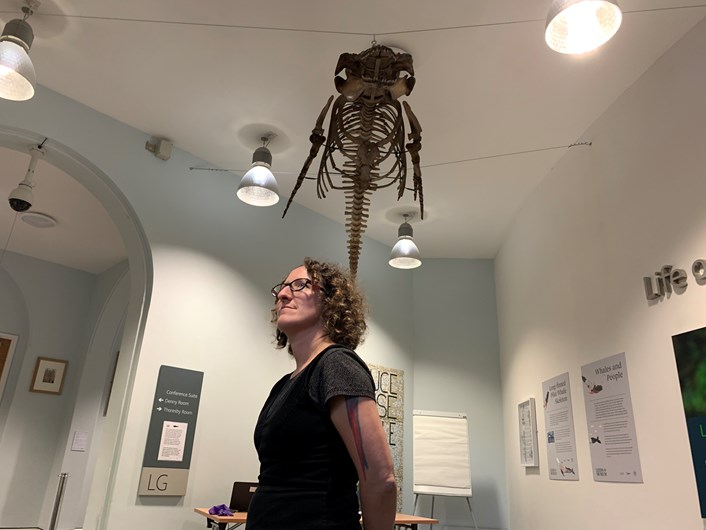