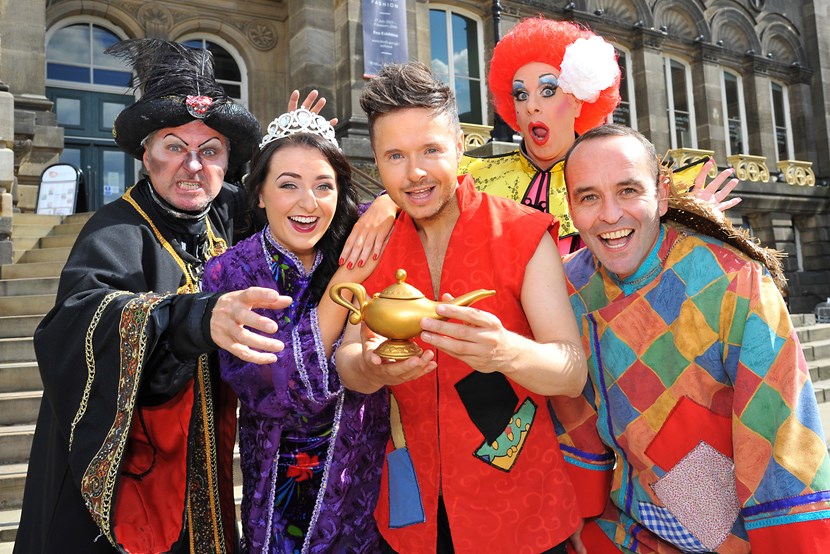 Stars come out for magical launch of Aladdin at Carriageworks Theatre

Panto fans' wishes have come true with the launch of this year’s fun-filled production of Aladdin at the Carriageworks Theatre.

The stars gathered on Millennium Square yesterday to officially announce the show and give theatre-goers a sneak preview of what’s to come over the festive season.

Running from December 4 and directed by David McNeill, Aladdin features Lee Brennan of boyband 911 in the title role.

Lee shot to fame in the 1990s with the hugely successful pop combo, who had ten successive UK top 10 hits, three top 20 albums and sold more than 10 million records around the world.

Speaking at the launch, Lee said: “It’s great fun being in panto and the best part is getting to meet all the people- there’s great chat and great banter.”

Joining Lee on stage will be fan favourite Jez Edwards, who has been one of the most popular stars of the Carriageworks’ panto since 2009.

Jez, who will play the role of Wishee Washee, said: “I love Leeds, it’s a great city and it means a lot to me, and not just for the panto.

“The audiences here get better and better every year and you recognise people each time you come back. It’s like we’ve become part of Christmas and part of the family.”

Completing the line-up will be Charley Maclaren who will play the lovely Princess Jasmine.

“Panto season is always a big highlight in Leeds and something adults and children really look forward to and get caught up in.

“The Carriageworks always put on a great show and this year looks like it’ll be no exception. It’s a great line-up and I’m sure everyone will enjoy themselves.”

Aladdin follows on from last year’s popular production of Snow White at the Carriageworks.

The show runs from Friday, December 4 until Saturday, January 9.

For more details or to find out about booking tickets, please visit www.carriageworkstheatre.org.uk or call the box office on 0113 224 3801. 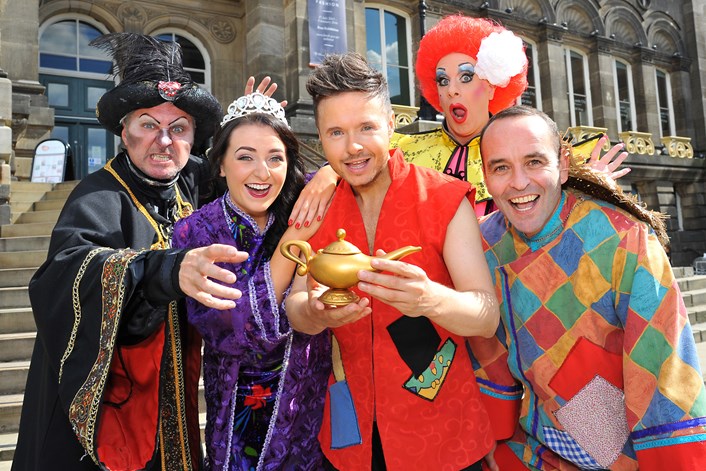