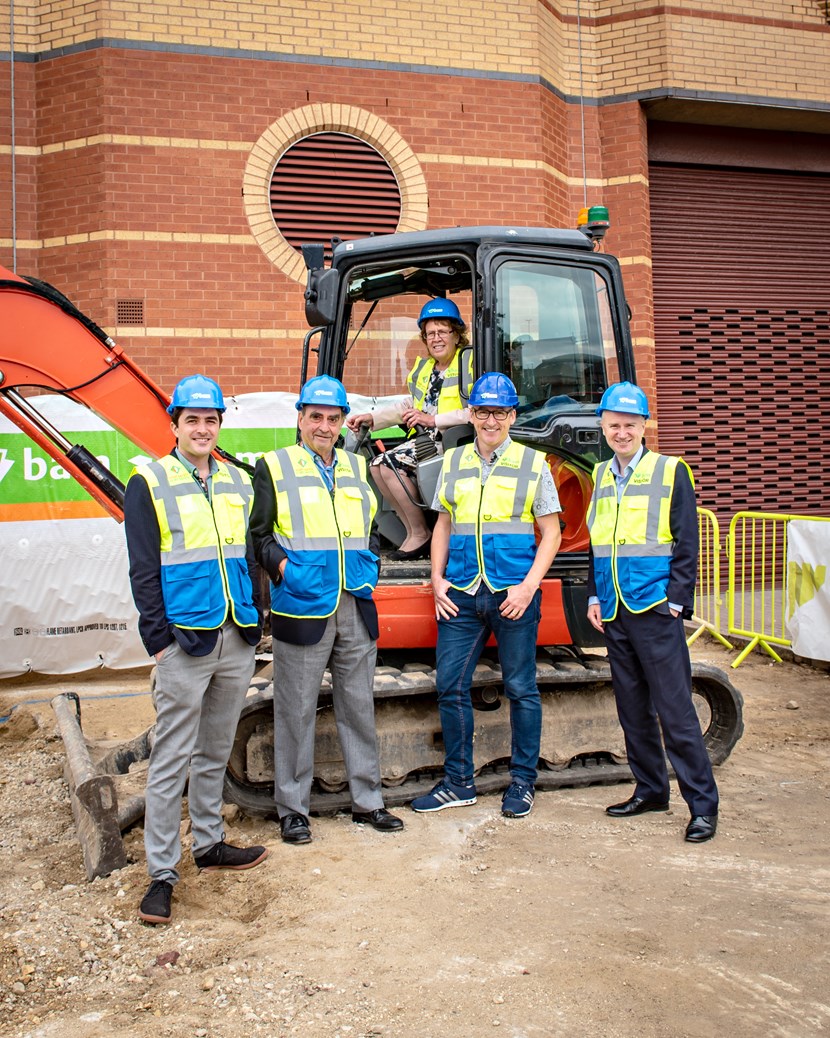 Stage set at Leeds Playhouse as contractors move in

Work has begun on an exciting project to transform Leeds Playhouse into a modern, 21st century theatre.

Key stakeholders gathered on site yesterday (August 28) to officially hand the building over to contractors BAM Construction, who will now begin reshaping and revitalising the Leeds cultural institution and its surrounding area.

Once the ambitious revamp is completed, the newly-rebranded Leeds Playhouse, which has entertained local audiences for almost half a century, will have a brand new city-facing entrance as well as the new Bramall Rock Void studio theatre space and significantly improved access across the building.

The project will also see the creation of two new public spaces at Gateway Court and Playhouse Square which will link the theatre with other major ongoing developments in the area.

Councillor Judith Blake, leader of Leeds City Council, who attended yesterday’s handover, said: “We are thrilled to see work officially getting underway on a project which will secure and improve one of our city’s most cherished cultural institutions for future generations.

“For almost 50 years, the Playhouse has been a cornerstone of culture in Leeds, bringing the city’s communities together and generating huge cultural, social and economic benefits for the people of Leeds.

“This refurbishment will ensure that Leeds Playhouse can continue to inspire audiences and provide a fitting, modern and sustainable stage for Leeds’s world class cultural offering for many years to come.”

The £15.8m redevelopment project, led by Leeds City Council, will be funded by £5.6m from the council, alongside a £6.6m Arts Council England contribution and £3.6m from the Playhouse’s own resources, including a fundraising target of £2.75m.

Leeds Playhouse executive director Robin Hawkes said: "We are hugely grateful for the continued support of our funders and sponsors, who have helped to get the redevelopment of the Playhouse off the ground. It’s exciting to have our contractors BAM on site breaking ground, and already we can see change taking shape.

“The redevelopment of the Playhouse comes at an exciting time for Leeds and the Leeds City Region when culture is becoming a real focus. It is great to see the community around us, including the new creative arts campus for Leeds City College and the SOYO neighbourhood, change and adapt Quarry Hill to meet the growing ambition of the city. A public fundraising campaign, Play Your Part, is now in place for the public to continue to support the project."

Leeds Playhouse artistic director James Brining added: "We can’t wait for audiences to experience our Pop-Up theatre in association with SOYO Leeds in just over a week’s time. This brand new performance space built into our workshop is the perfect home for our ambitious Pop-Up season, a year-long programme of extraordinary plays that complement the unique aesthetics of the space.

"Throughout this time our Leeds Playhouse Ensemble, a dynamic repertory company of Northern actors, will perform in productions across the year, cultivating meaningful opportunities for local actors and supporting the local creative ecology."

A planning application for the project was submitted and approved last year, including designs drawn up by architects Page Park, who have previously designed improvements for The Centre for Contemporary Arts and the Theatre Royal in Glasgow and Eden Court Theatre in Inverness.

The refurbishment is being carried out by BAM Construction, the contractor behind the refurbishment of Merrion House, the new Leeds City Council base which opened earlier in the year.

Jason Pink, BAM’s construction director, said: “We’re creating a new theatre in the undercroft and we’ll be conducting enhancement and access works around the other two existing theatres.

“It’s a complex refurb with numerous small spaces that feel like a rabbit warren. Our team has experience of similar restoration schemes that we completed in Leeds and Harrogate.

“We have been conducting early works already and are delighted to mark the commencement of main works today with this ground breaking ceremony.”

Work on Leeds Playhouse is expected to continue until next summer.

Leeds Playhouse’s year-long season of bold, powerful and resonant productions will be performed in a Pop-Up theatre on the Playhouse's current site, and across partner venues in the city and Leeds City Region. 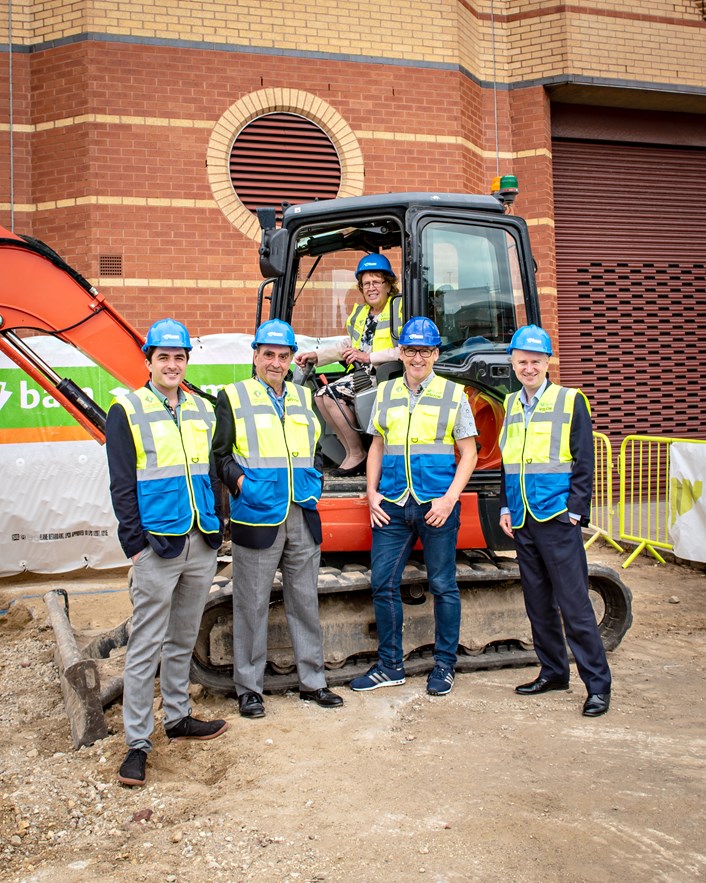