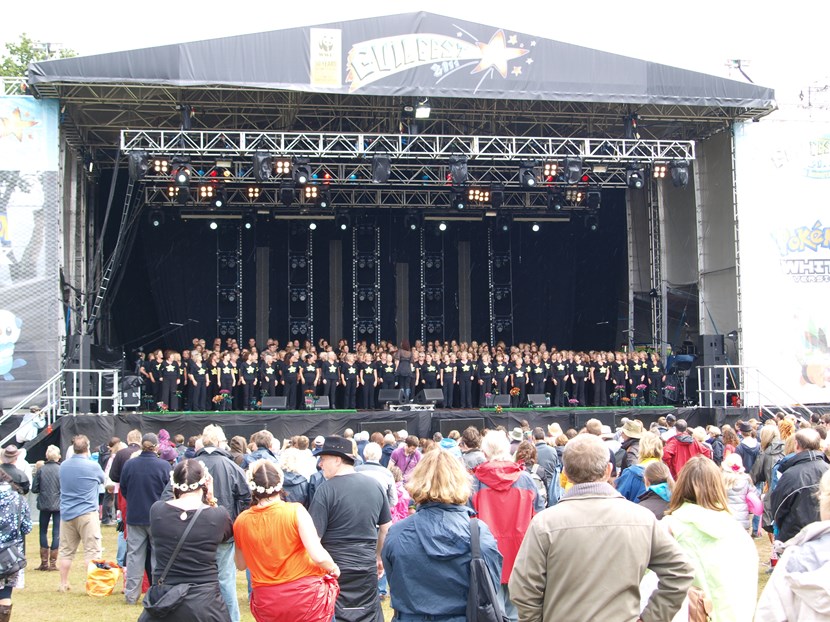 Musicians in Leeds will get the chance to take to the big stage on Millennium Square this week as part of a new free live music and street food initiative.

Headlining the two-day event with a performance this Thursday night will be members of the world-famous Rock Choir, with has more than 20,000 members across the UK.

Established in 2005, the Rock Choir now holds three Guinness world records and has been described as the Britain’s biggest choral movement.

Recently seen in Leeds at the city’s Christmas lights switch-on back in November, around 100 members from the choir’s West Yorkshire branch will be performing favourites including Queen’s Don’t Stop Me Now, Jess Glynn’s Hold My Hand and Erasure’s A Little Respect on Thursday between 6.30pm and 8.30pm.

"We are really excited to be given the opportunity of performing at Millennium Square. Our Leeds West Yorkshire Rock Choir members meet each week at various locations to sing in a fun and friendly atmosphere and we are particularly thrilled to share our love for music in such an iconic venue."

Ahead of the Rock Choir's show stopping performance, some of the city’s talented singer songwriters including Hayleigh Gaftarnick, Mark Pratt and Papa Quebec will get the opportunity to perform on the stage during lunchtime slots from 12pm until 2pm.

Over the course of both days, a licenced bar and number of street food vendors including; La Focacccia, Senor Churro, Casa Mia and Market Wraps will also be onsite together with some picnic bench style seating and toilet facilities.

Councillor Jonathan Pryor, Leeds City Council’s lead member for culture, said: “Buskers and street entertainers are the soundtrack to our city and this is a superb opportunity for them to showcase their talents to a bigger audience.

“This summer has really seen Millennium Square become a focal point for music and culture in Leeds and it’s wonderful that such a broad spectrum of artists and musicians are being given a chance to perform there.”

The new two-day free music and street food initiative is part of the Millennium Square Summer Series, which has seen concerts and events taking place on the square throughout the summer months.

This Friday sees the return of the popular The Magic of Motown show featuring special guests Che Chesterman of X Factor fame and Clem Curtis of the legendary group The Foundations.

Saturday, Aug 6 will also see a line up including The Hoosiers, Toploader, and Jamie Gilder performing from 11.30am  and B’Witched, S Club Party, 911, Damage, and Sweet Female Attitude perfoming from 7.30pm.

For more event and ticketing details for all events taking place as part of the summer series visit www.leeds.gov.uk/summerseries